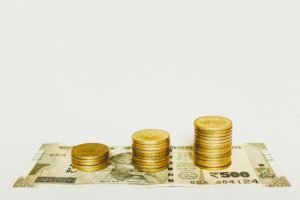 Stocks rally, Tech rallies, Gold rallies, Silver rallies, Oil rallies, Florida, Arizona and California see infection rates decline, the Dollar Index declines, Google announces that they will work remotely until the summer of 2021, Moderna launches its biggest vaccine trial yet, the country awaits the Biden pick and the markets are reacting to all of it…

The GOP gets set to present the 5th virus stimulus package to the DEMS – they are $2 trillion apart… GOP at $1 trillion and the DEMS at $3 trillion… AND the FED begins their 2-day FOMC (Federal Open Market Committee) meeting… what will they say? Well, the expectation is for Fed Chair Jay Powell to say – LOWER FOR LONGER – and I say – maybe… I mean look – he has already said that rates will remain at zero thru 2021… that’s another 16 months… I think it’s almost impossible to predict (with any credibility) beyond that… Why?

Because so much can happen… the global economy can heat up and inflation will ignite faster than you can say – ‘What happened?’… In fact – the word is that the FED is preparing to let inflation gain some speed first before they react – a plan that I would not support at all – because it puts us behind the 8 ball (but what do I know?) … Once inflation takes hold – then its most likely a return to the late 70’s early 80’s when rates hit historic highs of 21%! And that is not me being anxious at all, it’s the hard reality – and for those of you who were NOT around during the late 70’s / 80’s – go and ask you parents – what happened… Listen to the story… (inflation at 10%, unemployment at 13% and interest rates at 21%)… and when that happens – beware – the FED will be making full percentage point adjustments to the Fed Funds rate… None of this quarter of 1% – oh no… it will be rates to rise by 2% or 3%… And don’t think it won’t (history tends to repeat itself) – I mean who ever thought Trump would win or US rates would be zero or that a virus would stop the world from spinning?

Now on the other hand – the Presidential election could change that…

The US election could see the far left take control, Tech, Financials, Healthcare, Energy sectors to come under the knife… everything is on the table… Biden has proposed $4 trillion in NEW taxes…Corp rates to surge again – inviting US companies to move businesses to other ‘tax friendly’ countries… State taxes will go up – as cities attempt to recover from this disaster – forcing residents of the already high tax blue states to go red… in fact – we have already seen that…so expect to see more of it.  We could see the US economy stall – which would keep rates at zero – unless of course inflation rears her ugly head… and then we could really see the economy stall, unemployment surge AND rates surge (known as stagflation – again a return to the 70’s) further choking any chance of economic re-birth…

On the other hand – we could see the election produce a more moderate DEM administration – one that will see taxes rise but maybe not as much, we could see regulation in those industries, but not the extreme and so just maybe – we could see the awakening happen without the nightmare… rates to return to ‘normal’ (however you define it) and economic activity returns to normal as well.

It’s a blank slate at the moment… anything is possible… so just sit tight.

By the end of the day – the Dow added 114 pts, the S&P advanced by 24 pts, the Nasdaq surged by 174 pts and the Russell rose by 17 pts… as the focus is squarely on earnings, the FED meeting and advances around the virus conversation…

It’s a big day and a big week… today we will get some big traditional names… 3M, MCD, PFE, JBLU, RTN all before the bell while V, AMD, AMGN, SBUX, and MDLZ report after the close… but Thursday – is really the key day… it’s the day when we will get names like AMT, TAP, MA, BAX, IP, SO, WEX, DBD, NEM, YUM, LLY, CMCSA, ICE, PG, MAS, F, AAPL, GOOG and FB… and all eyes are watching… and the algo’s are all sitting tight – waiting to see what the headlines reveal – Top line, bottom line, margins, taxes, dividends, guidance, user growth, client engagement, and clicks (and we’re not talking about Dorothy clicking her heels to go home – This ain’t Kansas!)

And then it’s Saturday- August 1st… and guess what happens then? Joey announces his running mate… who will it be? And that will define the next move as investors try to reconcile what that ‘team’ means for the US and the US economy…

This morning US futures were UP but turned lower in the early morning hours… Dow futures are -108 pts, the S&P giving back 10 pts, the Nasdaq off by 34 pts and the Russell down 3 pts.  3M, MCD and PFE ready to announce… 54 more names before the sun sets… 3M misses on the estimates… ‘organic sales decline’ – stock quoted down $3 – but understand that investors took this stock up 23% or $30 since April – so is a $3 decline anything to get worked up about? Guidance though – remains WITHDRAWN… Capisce? Now PFE just reported and they beat on both the top and bottom lines…that stock is quoted up $1 and they RAISE guidance – so a complete 180 vs. 3M… in addition – PFE also announced the next trial of the vaccine they are developing with BioNTech – and expect FDA approval in October! And MCD just announces that revenues fall by 30%, same stores sales down 12% and that stock is quoted down $4… on the back of that news… after rallying 29% since April.

Billy Gates on CNBC suggesting that he is excited about a coming vaccine and what is expected to be a significant drop in extreme cases and deaths. There are plenty of vaccines in trial and even more in development and he is trying to tell that story…

Expect more volatility… as we move thru the week… Tomorrow’s FED announcement is the next key… Now while I don’t expect it to yield anything new, I do expect them to re-iterate their commitment to supporting the economy… and that might be enough calm the markets.

European markets are all a bit lower… European investors trying to understand the new trillion-dollar GOP stimulus plan while they assess ongoing efforts to control the virus as they await the FED announcement tomorrow. New travel restrictions being imposed across the continent as some of the countries that saw declines in the virus – are now reporting increases… As of this morning global cases are now 16.4 million while deaths total 654k or 4%… European stocks are As of 7 am – the FTSE -0.13%, CAC 40 -0.74%, DAX -0.33%, EUROSTOXX -0.41%, SPAIN +0.30% and ITALY – 1.00%.

This morning oil is trading at $41.41 – holding steady as investors determine what’s next… And that means – they are waiting on the FED announcement… because a renewed commitment by the FED is expected to help the economy recover and that will spur new demand as oil prices will find support from a continued dovish Fed. We remain in the $35/$45 range…

Gold – has been in the news of late as the safe haven trade is alive and well… Gold making a new all-time high at $1,950 as it up 27% since April and has gone hyperbolic in the last week – up 9% since July 21st. With the FED dovishness and the dollar weakness – investors are finding gold to offer a warm fuzzy feeling as investors look for safety…

The SPX closed at 3239 after testing 3241 yesterday… My guess is that the S&P is in the 3200/3250 range for now… and will only break out after we hear from both the FED and the list of tech earnings later in the week.  Remember – tech has led and will continue to lead, but it is a crowded trade – any sense that tech is under pressure will once again cause the trader types to hit the sell button – taking tech lower and then the market lower… but again – I think that is short lived. 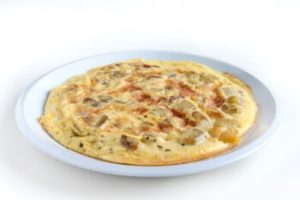 Time for a time-honored favorite – real comfort food. – You can never go wrong with Potatoes & Eggs.

This is one of those basic yet classic dishes that never goes out style… you can eat for breakfast, lunch or dinner – Enjoy.

For this you need: Eggs, potatoes, garlic, onion, s&p, butter, olive oil, fresh grated Parmegiana Cheese and if you prefer a pinch of Italian seasoning.

Preheat the broiler (oven) to high.

Peel a couple of russet potatoes and then slice – now toss into a pot of boiling water – bring the pot back to a boil and blanch for 3 – 5 mins… Remove – strain and set aside.

In a large oven safe frying pan – melt a dab of butter, add a squirt of olive oil and heat. Now add in chopped garlic and sauté. Next add some sliced onions and sauté – until soft and golden… add back the potatoes and brown on both sides.

Next – pour the egg mixture into the pan and allow to set. Twirl the pan to allow the egg to spread and cook. Once the edges begin to pull away – place the pan into the oven under the broiler…Watch as it quickly cooks the top of the “frittata”. Remove and slide onto a large serving platter – cut like a pizza.

Have toasted slices of Italian bread on the table for your guests to make a sandwich.  Serve with Ice Cold whole milk.