Patience is a Virtue – Try the Roast Sirloin 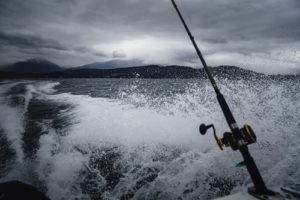 The indexes had another volatile day (it is September – we discussed this in August – no one should be surprised) – the Dow had a 557 pt. swing yesterday and closed up 52 pts, the S&P had a 70 pt. swing and ended the day higher by 9 pts, the Nasdaq swung 279 pts ending the day up 39 pts and the Russell swung 42 pts. ending the day flat…

Stocks which had started the day weak – got a boost when news that Treasury Sec Stevey Mnuchin and House Speaker Nancy Pelosi  agreed to sit down at the table again and try to work out a deal but turned sour once again after Nancy made it clear that her latest idea was the same old idea repackaged – leaving the media to speculate that the two sides (GOP/DEM) would remain as far apart as they have been for  two months now. Essentially – we are $1 trillion dollars apart… $1.5 vs. $2.4 Look – forget it… the odds of a deal before the election or even before year end is slim to none… and if that’s true then the 4th quarter could be filled with potholes as the risk of a US slowdown rises each day that it does not happen. And to make it clear – our friends at Goldy played ‘follow the leader’ and cut their 4th quarter growth estimate to 3% from  6%… while at the same time raising 2nd, 3rd and 4th quarter 2021 estimates to 7%, 4.5% and 3.5% respectively… this because they now see a new package being passed in early 2021.

Justice RBG, who has laid in repose at the Supreme court, today will be moved to the Capitol rotunda (a first for a woman and she follows Chief Justice and President William Taft – 1930) and will now ‘lay in state’ as the country honors her and her service. Fighting about the possible nomination of a new justice this Saturday is causing the DEMS to scream ‘foul ball’ – which is a bit curious – because it is written in the constitution that it is demanded of the president to replace a justice in the event of such a tragedy… In fact – Obama (during a presidential election year) also nominated a justice upon the death of Anthony Scalia – it was Merrick Garland – and while Garland is highly regarded – the fact is that the Senate was in Republican control – so it is clear why that never happened… If the Democrats controlled the Senate at that time – Garland would be a Supreme Court Justice. It’s that simple – now we can discuss the obvious implications – but the fact is – the constitution demands it. So you have to start there… and then try to have an honest conversation… Next –

Surging cases of covid 19 continue to cause concern as some colleges, schools, states and countries have to deal with the implications of what this means… Data that tracks economic activity is once again beginning to show the possibility of another slowdown in the global recovery – as people are beginning to cut back on flights, on eating out, on vacations, on consumer spending etc. Over in Europe the UK reported the HIGHEST number of new cases in a single day since this nightmare began… France and Spain also reporting significant increases in new infections. Clearly showing that global leaders have been able to do little to prevent the second wave from approaching… confirming that this is not just a US issue but remains a global issue.

And this is once again is why I say – don’t make an emotional decision… because all of these issues will not price stocks in the long run – but they will help to ‘create short term prices’… and that usually means weakness – because while the market CAN deal with negative news just as it deals with positive news – what causes the angst is the lack of clarity in the news… and that is what causes prices to fall… so stick to the plan, talk to your advisor, rest assured that the reason you own stocks for the long term remain the reasons you own them in the short term – capisce?

European markets are lower… after being higher in early trade… as investors there tried to focus on anything positive… but were quickly taken back with news of surging virus cases across Europe and then what that means for the European recovery – as expected – airlines coming under pressure… There is no significant European economic data due out today so markets are focusing on the geo-political issues… and the fact that any US stimulus efforts remain distant.

US futures are also down again as the day begins… Dow futures lower by 157 pts, the S&P off by 18 pts,  the Nasdaq lower by 42 pts and the Russell off by 3 pts as we try to avoid a 4th week of losses… Look – the end of the quarter is next Wednesday… so expect lots of quarter end ‘Window Dressing’. Next Tuesday will feature the 1st of 3 presidential debates… so expect that to weigh on investor minds today and over the weekend. What will it look like, who will come out on top? With the election polls showing a close outcome – much of the focus will be turned to the 8 KEY swing states… Arizona, Florida, Georgia, Michigan, Minnesota, North Carolina, Pennsylvania and Wisconsin…

There is no US economic data today that is going to drive sentiment… right now it is about the focus on the geo-political issues as well as technical trading issues. It does feel like we are searching for a low… as the market thrashes around…

The S&P ended the day at 3246… 100-day moving average trendline support is at 3200… yesterday we tested 3209… and this morning it feels like it wants to test that level again or better yet the actual trendline support… In fact – the Dow and the Nasdaq are also holding their 100-day moving average trendline support lines as well.(26,484 & 10,363)… any breach of these supports will trigger a round of ‘sell’ instructions from the algo’s that operate on key technical breaks… and that will force the next conversation – but remember – I said it is Quarter End Window Dressing time… so do not be surprised… Remember – the options market tells us to expect more volatility thru November/early December… In any event – remember what I say – patience is a virtue – I have been telling you to sit back, do not chase and remain focused… 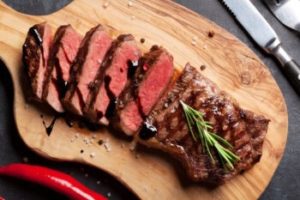 Get yourself a nice sirloin roast – 5 / 6 lbs… season with salt and let rest for 20 mins on the counter.  While this is resting, slice fresh mushrooms, chop 2 lg carrots, 2 celery ribs, 1 large onion, select a nice bottle of red wine (I use a pinot noir), a can of low sodium beef broth and a can of tomato paste.

After resting – season beef with pepper and sear it in a frying pan with Olive Oil making sure to brown on all sides even allowing a crust to form. When complete – place in a V rack in a roasting pan and place in a preheated 275-degree oven uncovered. Allow to cook for 2 1/2 to 3 hrs or when ready according to the meat thermometer.

After putting the roast in the oven – return to the frying pan – add the chopped veggies to the oil and sauté until tender – 8 / 10 mins.  Add tomato paste and mix… add 1/2 bottle of the red wine and stir – bring to boil and let the alcohol burn off a bit…3 mins.  Add the beef broth and simmer – stirring occasionally.  do not let it dry out… if necessary – you can always add a bit more broth.  After about 30 mins… taste to make sure you like it.  If so – puree 1/2 this mixture and return to the sauté pan. Turn off heat.

When beef is ready – take out of over and let it rest for 10 mins – covered in foil. Reheat the sauce… slice the roast and arrange on plate – top with sauce.

Try a Malbec with this dish.