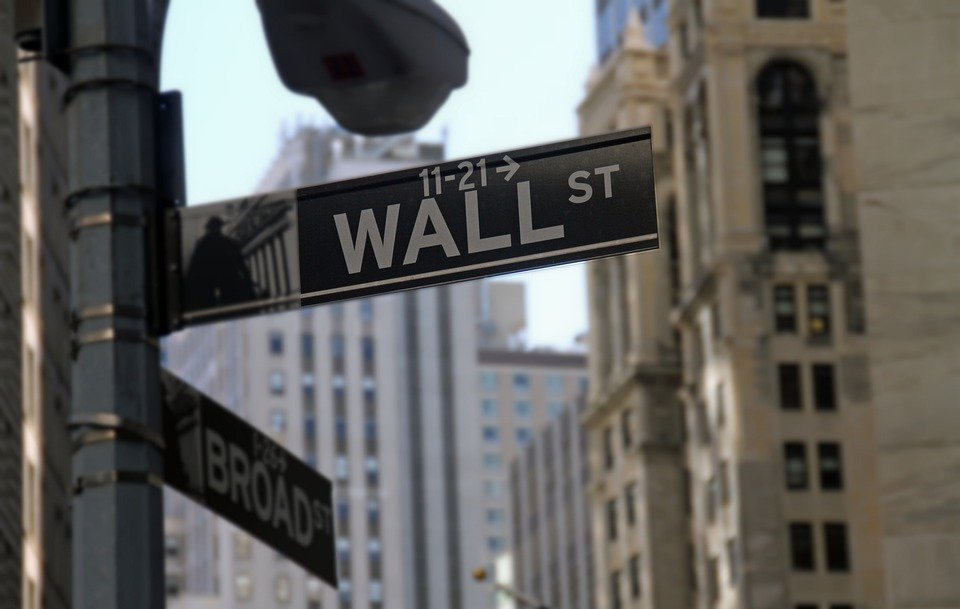 Good Monday morning…. It is August 30th, and the Jackson Hole summit has come and gone….and while some expected a ‘bombshell announcement’ none was to come….

Jay Powell did exactly as expected…. he acknowledged the improvement, he acknowledged that the FED has been discussing tapering and he acknowledged that a tapering does not mean any rise in rates any time soon.  He did acknowledge that the tapering ‘could’ start later this year…. (Think November/December).  In addition, he did NOT suggest that the Delta variant was going to disrupt these plans and that was just the extra fuel that investors needed to burn the fire.

He made it abundantly clear that tapering and interest rate increases are mutually exclusive events and investors absolutely loved it….taking stocks higher and then higher again     and now it is officially the end of summer as we move into the labor day weekend…but before we do that – let’s look at how the markets celebrated on Friday….…..Energy – XLE rallying 2.66%, Financials – XLF up 1.33%, Communications stocks – XLC up 1.55%, Basic Materials – XLB up 1.3%.  Value – SPYV and Growth SPYGV in a tie – both sectors up 0.8%.  Utilities and Healthcare – XLU & XLV are the only two that gave up any ground and what they did was essentially insignificant….so it was a good day for stocks and for investors.  By the end of the day – the Dow added 242 pts or 0.7%, the S&P up 40 pts or 0.88%, the Nasdaq ahead by 183 pts or 1.2%, the Russell way out in the lead – rising 63 pts or 2.85% and the Transports gained 181 pts or 1.2%.

Over the weekend – we witnessed the return of the 13 American services men/women who gave their lives in the terrorist attack last week as we supposedly hit key ISIS K targets in Afghanistan as we wind down and get ready to pull out by 3:30 pm EST Tuesday – August 31st…. Remember that 3:30 pm on Tuesday in DC is midnight Wednesday morning September 1st in Kabul….so that is the time to watch.

In addition, Hurricane Ida came ashore and pummeled the Louisiana coast as a category 4 – sure to cause billions in damage.  Entergy (ETR) – the largest provider of electricity in the area suffered a catastrophic failure at about 6 pm – so it was lights out…. only when the sun rises this morning will we all get a picture of the damage left in her wake…. all estimates though, suggest that while it is a disaster, it is not a repeat of Katrina – from 16 years ago to the day.   Watch the insurance and re-insurance stocks in the weeks ahead. Insurance ETFs include KIE (S&P Insurance), IAK (I Shares Insurance) & KBWP (Invesco KBW Property & Casualty).  Re-Insurance names include: RGA, GNW, SLF, GWO and PFG

Ok – this morning we are seeing global markets all higher – many of them reacting to Jay Powell’s speech on Friday – when he said that tapering will most likely begin by year end, but that there is ‘still much ground to cover before any rate hikes’ and that is helping support the investor psyche. Markets across Asia all higher…. except for China – which closed 0.3% on more news that the Beijing is looking at new rules to restrict Chinese internet companies from going public in the US. Away from that – Japan added 0.5%, Hong Kong up 0.5%, Australia up 0.2%, Taiwan up 1.08% and the South Korean Kospi added 0.3%, European markets are also up – marginally, but they are up….as they take their cue from Asian trading…. markets in the UK are closed for a holiday.  There are no major earnings releases, but we will get inflation readings in both Germany and Spain.  At 6 am – all the other European markets are up about 0.3% across the board.

The dollar index fell 0.4% on Friday to end the day at 92.681 and is trading right there this morning.  Gold broke out on Friday rising $25 or 1.4% to close out the week at $1817/oz.  Recall that I said last week that gold was teasing both intermediate and long term trendlines at the $1815 level….and if we broke up and through then we could most likely expect gold to test resistance at $1840 and then $1900/oz.

Oil surged on the anxiety over what Hurricane Ida was about to inflict on the coast and on oil production and refinement as energy companies shut down the rigs in the region. Traders took it up to trendline resistance at $69.68 where it did find plenty of sellers.  Expect to see some of Friday’s move get digested today and likely tomorrow as we asses the damage done.  In any event – demand for energy remains strong and what you are hearing now is that countries around the world are no longer suggesting that the delta variant will disrupt the global recovery. (Listen to what FED Chair Powell said on Friday as well as what one of the ECB governors told us last week.)

Eco data today includes Pending Home Sales m/m of +0.4% while y/y is expected to show a decline of 8.5%.  We will also get the Dallas Fed Survey – exp of 23. Later in the week – we will get plenty of other information – much of it will be pushed to the back burner as this is a big vacation week…but the two data points that everyone will be paying attention to is Wednesday’s ADP employment report and Friday’s Non-Farm Payroll Report – both key numbers for the FED and for policy….  Expectations call for +638k new jobs and +750k new jobs to have been created in August.  The unemployment rate is expected to drop to 5.2% down from 5.4%, while the underemployment rate is expected to drop below 9%.  ISM (Institute of Supply Management) is expected to report both Manufacturing PMI and Services PMI.  Both those reads are expected to remain in the high 50’s/low 60’s which suggests continued bullishness.

The S&P ended the day at 4509…. after trading in the 4474/4513 range. It will be a quiet week – for trading, but we are sure to get all kinds of geo-political news considering that August 31st at 3:30 pm EST is only 33 hours away. The September/October time frame is now here and as you know – it can be a seasonally volatile time of year.  Stay focused.  Opportunity is everywhere.

We remain in the 4410/4610 trading channel – anything within that channel is considered normal trading.
Remember you can text the word INVEST to 21000 on your cell phone to get my digital business card. Feel free to download it and send me off an email or text. Happy to engage and talk markets, planning, thoughts, concerns, and ideas.

It is a veal meatloaf – but unlike a regular beef meatloaf – this one is stuffed with fresh grated Parmegiana, scrambled eggs and capicola – seasoned with s&p and then bathed in white wine at the end…. It looks beautiful when sliced and presented.

Begin by mixing the garlic, veal, cheese, s&p and 5 of the 8 eggs.  – Now go easy on the salt – because the cheese can be salty – so I would err on the side of less salt when mixing – (you can always add a bit when you eat it) – then set aside.
Now take the remaining 3 eggs and scramble them – melt about 1 tblspn of butter in a frying pan and over low heat add the eggs – let them set – rolling the pan a bit to get the eggs to set.  Now flip the eggs to cook the other side.  Once done – remove and slice into strips.

On a long piece of wax paper – lay out the veal mix and form into a rectangle about ½ thick.  With 2 lbs. of meat – you will have a nice size rectangle.  (Using the width of the wax paper as a guide – spread the mix lengthwise).  Now spread the cooked eggs and the chopped capicola over the meat.  Using the wax paper – slowly roll into a loaf.

After 45 mins – add the wine – I used about 3 cups – pouring it generously over the veal loaf so that it was bathing in the wine – not drowning in the wine.  Return to the oven and cook for another 15 mins.  Remove and let it sit for 3 mins – slice into generous portions and serve hot.  I served it with sautéed baby peas, sliced fresh mozzarella and a large arugula salad simply dressed with s&p, oregano, olive oil and fresh lemon juice.