Inflation not stopping Shoppers / Who will be next FED Chair? / Are Investors missing the boat? – Try Italian Style Sweet Sausage Stuffing 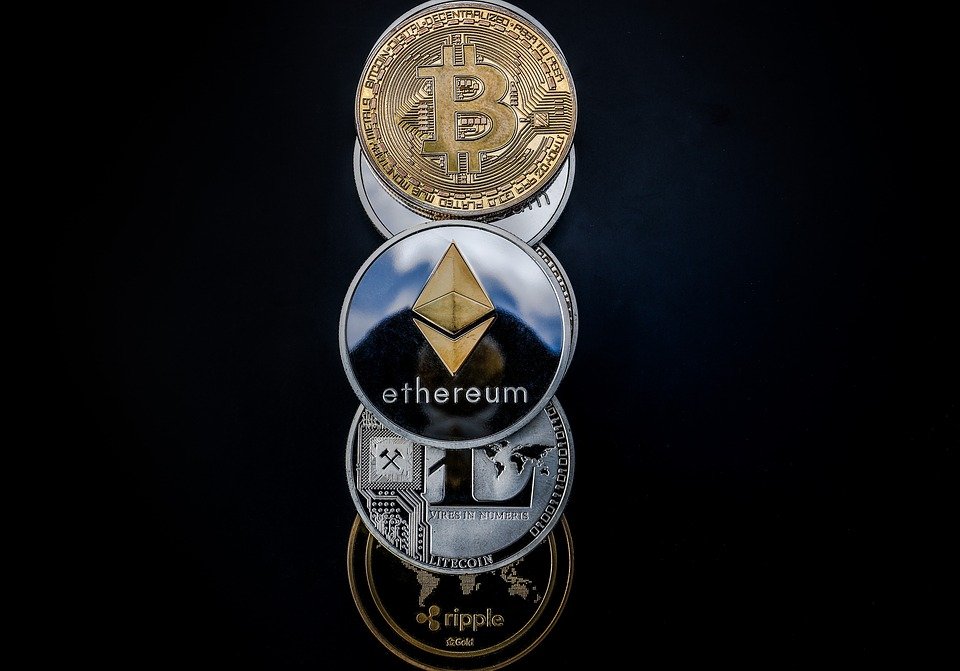 Economic data yesterday revealed that the consumer is going gangbusters despite higher prices everywhere you look….……Advance retail sales which were expected to be up by 1.4% rose by 1.7%!  Ex autos also rose by 1.7% vs. the 1% expectation and Ex autos and gas it was up 1.4% vs. the 0.7% expectation…. all very good – suggesting that the pace of inflation is doing little to slow the consumer down and that every company out there appears to have pricing power…. Capacity Utilization and Industrial Production also stronger than expected.

Investors celebrated the news taking stocks higher….in what feels like the toilet paper rush 18 months ago…when consumers were stocking up on toilet paper for ‘fear of missing out’…. investors are fearful of missing out on what appears to be a continued surge in prices that have no intention of slowing down…. (And that will be the exact reason this ends in tears…)  By the end of the day – the Dow was up 55 pts, the S&P’s up 18, the Nasdaq ahead by 120, the Russell up 4 and the Transports up 11.

The 10 yr. treasury ended the day yielding 1.63% (creeping higher), Gold is up $8 at $1862, Oil fell by 90 cts to end the day at $80/barrel and is lower again this morning as Joey ‘considers’ (not really) releasing oil from the SPR (Strategic Petroleum Reserve).  There is a fight going on among the DEMS – Chucky Schumer calling for Joey to release oil to cool price pressures while Steny Hoyer is saying to leave it alone….the SPR is there to protect the nation in times of a ‘real emergency’…..and apparently the 80% surge in prices is not an emergency….so expect higher prices as OPEC+ continues to control the flow and the prices as demand surges….(even though we have enough supply to push prices lower).

Yesterday morning HD reported results before the opening and sales jumped by nearly 10%…prices for products are up and investors celebrated – taking that stock up nearly 6% by the end of the day…. LOWE’s is due out this morning and the expectations are the same…in fact they took LOW up 4% in anticipation of today’s release.  HD is now up 48% ytd while LOW is up 55% ytd.

WMT on the other hand – reported great results as well, consumers are flocking to the nearest WMT store because they are not (at the moment) passing on price increases as a result of labor shortage and supply chain concerns and that is putting pressure on gross margins…..despite the fact that sales exceeded estimates and the company raised its profit forecast…CEO Dougy McMillon is working hard to limit price increases repeating the mantra of founder Sam Walton –

‘Fighting inflation is in our DNA’…….

and so, it goes…investors did not like what they heard and so they hit the sell button sending that stock down 2.55% or $3.75 share on the day leaving it down 1.3% on the year!!! (Which makes zero sense to me – it’s WMT – maybe he should consider raising prices like everyone else and investors would embrace him too!)

And then there is the ongoing story of Lonnie Musk – selling even more TSLA stock as he thumbs his nose at the establishment…. selling stock now while tax rates are lower than what they may be in the new year for someone with his enormous wealth….and the news of more sales did little to unnerve investors as they take him out of his position and send the stock up by 4%….

RIVN – the latest Jeff Bezo’s backed EV maker continues to surge to prices that make absolutely no sense…..traders/investors took this stock up another 15% yesterday as demand appears uncontrollable…..AMZN ordering 100k vehicles due to be delivered a decade from now….while Jeffrey expects to have 10k new vehicles next year (2022) delivering packages….That stock is now up 120% from the $78 IPO price and up 63% from last week’s official opening price of $106.75.  Many are crediting the latest infrastructure bill as the fuel for this latest surge in anything ‘EV’ as billions of dollars are allocated to building out a national EV charging infrastructure network. What that infrastructure will look like is still anyone’s guess….

LUCID another EV maker is also enjoying the excitement….as investors have taken that stock up 134% in 2 weeks – leaving it with a $89 billion market cap – …. blowing past F’s market cap of $80 billion and kissing GM’s backside at $90 billion.  I would expect investors/traders to continue to take LCID up and through $90 billion just to say that the newest entrant on the field has left the ‘old guard’ in the rear-view mirror…. Which also doesn’t make sense to me either – have you seen the new Cadillac Lyric?  (GM owns Cadillac) or the Ford F150?  It’s not like those two automakers are tone deaf…..they are not – but my sense is that the new investing crowd is saying ‘out with the old and in with the new’….so F and GM are out because they are more than 115 yrs. old (and viewed as so last century) – while TSLA, LCID and RIVN are still in their infancy and viewed as 21st century ….the human condition is fascinating.

And then there was the ‘imminent’ WH announcement about who will be leading the FED in the new year…. Jay or Lael?  It feels like the market is telling you that he has chosen Lael (she is more dovish, and investors would love that now that Jay has launched the taper and rates are sure to rise following the end of this exercise).  In fact – there was Jimmy B (St. Louis Fed President) telling us yesterday that the FED should increase the pace of tapering so that rates can rise ahead of even the June date to combat rising inflationary prices (in an apparent move to support current FED chair Jay Powell) ….which would have been a reason for the market to back off yet it only went higher….and the WH remained mum…..and so we wait….

This morning US futures are thrashing around…. Dow, S&P and Russell a bit lower while the Nasdaq is up 7 pts in early trade. News that a new wave of covid infections across Europe and now in the US is the topic of the day…. Leisure/travel and hotel stocks taking it on the chin…. Expect more retailer earnings…. all week.

In the US – MI is leading with 50k new cases in a week followed by NY – 39k new cases, CA 36k new cases and PA with 33k new cases…..TX, FL and states along the gulf coast not even in the mix….Fauci now telling us that even booster shots will lose efficacy – so we must line up for a second shot of the booster and then a booster every year until infinity…..

Eco data today includes Mortgage Apps, Housing Starts exp of +1.5% and Building permits of +2.8%.
European markets are also treading water – Eurozone inflation coming in at +4.1% y/y more than double the ECB’s target of 2% (sound familiar?).  UK inflation also running at a 4.2% clip – its highest in a decade…. (Sound familiar) …in addition the ECB is warning investors of ‘stretched valuations in property prices and financial markets…. (Sound familiar?).  At 6:15 all markets are trading + or – small around the flat line. But remember – Joey told us that while inflation may be short term painful, it is a good sign of a robust economy…so in the end – rising prices are GOOD for you…. Will European leaders buy into the same argument?

Crypto’s remain under a bit of pressure, but Bitcoin is holding the $60k mark and Ethereum is trading at $4200.  Another one that I am looking at is Chainlink (LINK) you can buy this on Coinbase as well…. there is an interesting story building up around it – It is currently trading at $29.  Caveat Emptor.

[“Chainlink is a decentralized oracle network that is poised to play an important role in the real-world implementation of blockchain technologies. The purpose of this network is to provide input on a variety of external sources of data.

Although blockchain is great at what it does — providing a decentralized, secure ledger for digital transactions — it isn’t so great at taking input for things happening outside the blockchain. There are many “off-chain” forces that influence markets, including fiat currencies, credit cards and even the weather and sports scores. As a decentralized oracle, Chainlink can provide input to what’s known as smart contracts”.]

The S&P closed at 4700 – the action clearly driven by retail earnings, the Retail Sales data, and the speculation on who Joey will nominate for FED chair.  The Thanksgiving holiday week is only 3 days away….my guess is that Joey may wait until next week to announce as he thinks there might be ‘less of a reaction’ in the markets with people away from their desks…. I guess what Joey should realize is that you don’t have to be at your desk to react…. technology allows for ‘instant reaction’.

Cut up the Italian bread into cubes – maybe like 1 cup and set aside.

In a lg sauté pan – heat up the olive oil and sauté the garlic, onions, cubanelle peppers & celery until soft – maybe 10 mins…now add in the sausage meat and brown nicely (using the back of a fork to break it up as it cooks). Season with s&p Next add in a cup of chicken broth and a splash of white wine (this is optional) – If you don’t add it to the mix then pour yourself a glass – and let it all simmer together.  Remove from heat and let it cool.

Next up – mix 2 cups of mashed potatoes along with the bread into the sausage mixture and mix well.  Now transfer the mixture to a lg buttered baking dish and bake in the oven – uncovered for 20 mins on 325.

Serve alongside the turkey and vegetables.  Tomorrow I’ll show you how we start with the raviolis!