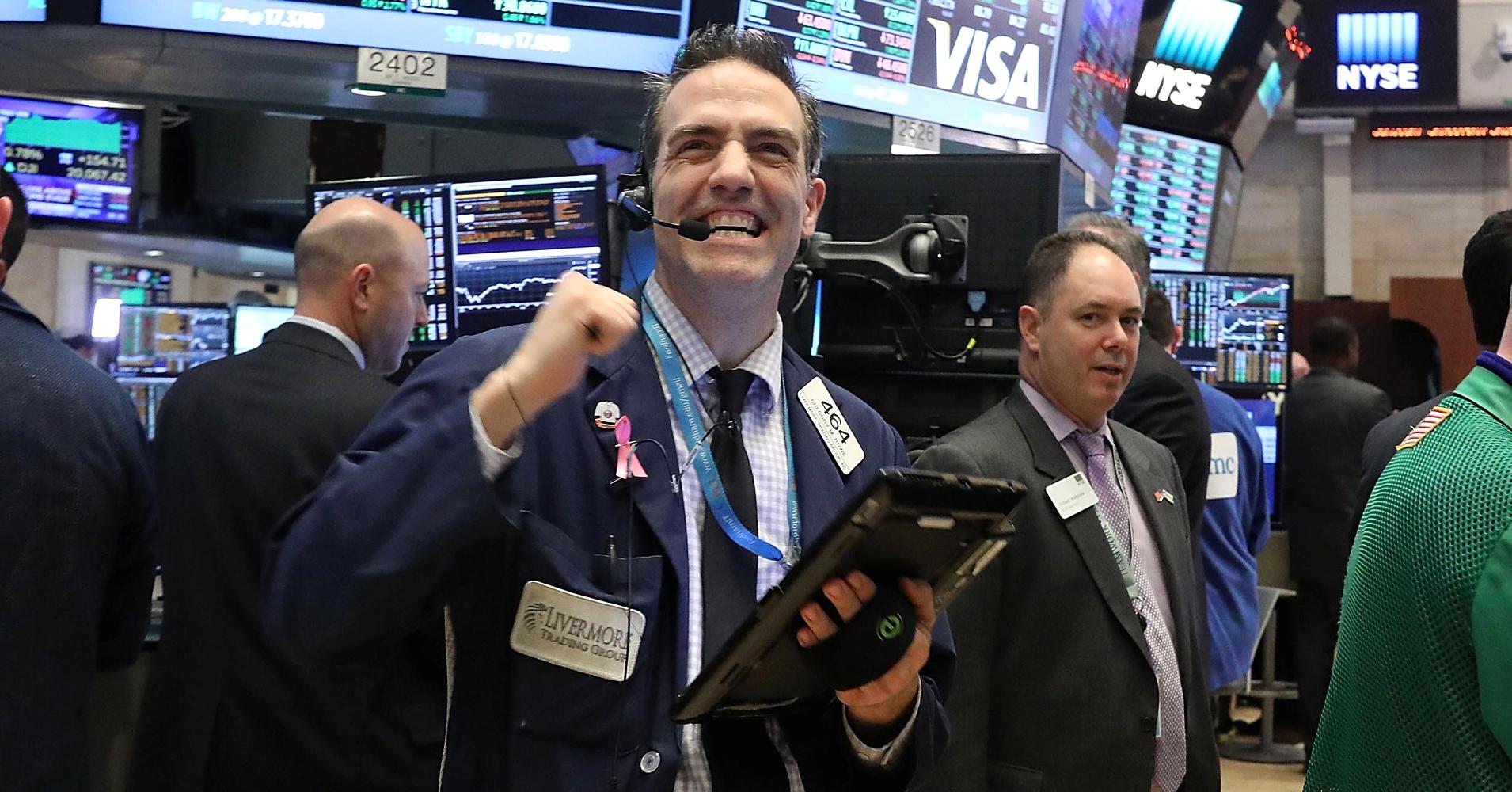 U.S. stocks rose on Monday as the major indexes rebounded from their worst weekly performances in two years.

The Dow Jones industrial average closed 410.37 points higher at 24,601.27 and rose as much as 574.26. DowDuPont and Apple were the best-performing stocks in the Dow, advancing 3.4 percent and 4 percent, respectively.

The S&P 500 gained 1.4 percent to finish at 2,656, with materials and information technology as the best-performing sectors. The Nasdaq composite advanced 1.6 percent to close at 6,981.96.

Shares of Amazon, Bank of America and Apple — which fell sharply last week — all rose by at least 2.5 percent.

JJ Kinahan, chief market strategist at TD Ameritrade, said the market is trying to find its balance point after last week’s wild swings. “There’s more volatility ahead. These things take a few weeks to get worked out,” he said.

The major indexes closed out last week on a high note, with the Dow rising 330 points on Friday while the S&P 500 and Nasdaq gained more than 1.4 percent.

“This looks like a corrective phase rather than the start of a bear market,” said Katie Stockton, founder of Fairlead Strategies. “The biggest risk to the marker prior to this sell-off was sentiment and we’ve seen that go from overly bullish to overly bearish.”

Stockton noted, however, it could take a few more weeks until this correction is over.

“The market is trying to bounce here, but we have yields climbing and that could dampen enthusiasm,” said Peter Cardillo, chief market economist at First Standard Financial.

Investors have been on edge as of late over concerns surrounding higher interest rates, therefore moves in the bond market will continue to be of key importance going forward. The benchmark 10-year U.S. note yield rose to a four-year high on Monday before trading at 2.858 percent.

The latest move higher follows news that the White House will unveil a long-awaited infrastructure plan that includes $200 billion in federal infrastructure spending over 10 years.

“It is no surprise that Trump’s agenda will provide a great deal of fiscal stimulus from tax cuts, and more spending on defense and infrastructure,” Ed Yardeni, president and chief investment strategist at Yardeni Research, said Monday. “The jury is still out on whether all that fiscal stimulus will revive inflation. [We] don’t think so, but the Bond Vigilantes are saddling up.” He also said his firm raised its 2018 forecast on the 10-year yield to a range of 3-to-3.5 percent.

There were no major economic data releases on Monday, but investors looked ahead to the release of the latest Consumer Price Index reading. The CPI numbers are scheduled for release Wednesday at 8:30 a.m. ET.

Jonathan Golub, chief U.S. equity strategist at Credit Suisse, told CNBC’s “Squawk on the Street” the CPI number was important. “The expectations are that inflation is actually going to be coming down a tiny bit, both on the core and the headline,” he said. “Unless we get a problematic surprise, I think Wednesday can actually be the event that calms the markets down.”