This Week Begins on a Downbeat 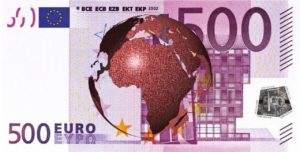 So the week begins on a downbeat. The Dow fell 592 pts or 2.4%, the S&P lost 51 pts or 1.79%, the Nasdaq lost 89 pts or 1.03% and the Russell gave up 15 pts or 1.28%. A historic price dislocation in oil beginning on Sunday evening is only exacerbating the dilemma facing the US and global economy and that was the reason that it was Risk Off yesterday. Oh yeah, you can throw any of the latest virus headlines in there as well, as well as the uncertainty over earnings and macro data, but this move in oil is by far sending a massive “smoke signal” to the world that we are in a different place.

If you haven’t heard yet – Oil for May delivery collapsed – falling 100% to $0 but then falling another $40 a barrel before ending the day at negative $39.55/barrel. Negative? Is that even possible? Of course – all it means is that the sellers of oil must PAY the buyers of the oil to “take it.” This versus the usual transaction that like any transaction – when you go into the store and buy something – you pay the cashier to take the item – versus the cashier paying you to come in and take the item. Capisce? What this means – is that there is a massive oversupply of oil in the marketplace – and we are quickly running out of places to store it. Parts of the industry telling us today that they have been talking about this for months now – that they knew this was going to happen. CNBC Worldwide Exchange had Kate Richards on this morning from Warwick Investment Group – and she calmly explained that she has known this all along and that she has been warning investors that this day would come but in the same vein. It is nothing to get worked up about. What is important to understand is that the remaining forward contracts for this year remain in positive territory for now, but in her opinion are still too high at $25/$30 a barrel. But let’s not kid ourselves – someone took it on the chin yesterday – really bad – any thoughts on who? Surely this will come out.

Refineries, storage facilities, and ocean tankers are ‘at the brim’ and can’t store any more of it. Oil tankers are now littered off the coast of Africa as the world looks for places to put it. The Saudis are sending 50 million barrels by tanker ship to US shores right now, further slamming the US industry. But here is the simple question: Why keep producing? Oil producers have known for months now that demand was collapsing – as the global economy was beginning to slow even before the coronavirus disaster. Then when the virus hit – the world came to a standstill – manufacturing facilities closed, cars, planes and trains along with all the people sheltered in place as the world stopped yet these producers kept producing. (Apparently – it isn’t so easy to just turn off the spigot – there are consequences to the wells and to the companies…)

Then the Saudis and the Russians got into a cat fight over production as prices fell under the weight of decreasing demand. Both nations are intent on destroying the US oil industry – because with oil below $40/barrel – the US industry gets whacked. Natural economic forces of capitalism forced producers in North America – from Canada to Texas began to shutter the wells. They haven’t been able to shut them fast enough (for a whole host of other reasons), creating this current massive glut which then created the complete and total collapse in prices yesterday for May delivery – a collapse that can only described as “historic.” Now prices for crude delivery for June, July, August and beyond remain in positive territory (for now) as the expectation is that once the world wakes up – then demand for oil will surge – but that is a different story.

The collapse in prices – now reignites the conversation about a wave of energy industry bankruptcies that are about to hit as this story spins out of control and that won’t be pretty. And speaking of bankruptcies – let’s move onto the retailers. Last week it was Nieman Marcus, yesterday it was Nordstrom’s and this morning it’s Lord and Taylor as the closure of the country has brought complete devastation to this industry forcing these guys to seek bankruptcy protection. Can you imagine the sales going on there? Shoes, suits, dresses, pants, shirts, blouses. Oh boy…

Bring in the airlines – which is another disaster, as planes remain grounded (for the most part) and revenues plunge. Yesterday the US Treasury sent $2.9 billion in aid to the industry to help them “weather the storm.” American, Delta, United, Southwest, Spirit and Allegiant are all in the first round. But Alaska Air, Frontier, Jet Blue, SkyWest also want in. So the treasury will also allocate $25 million to help them through the summer.

Oh – and did you see the story that Harvard University- took $9 million of “aid” from the taxpayers while Stanford took $7.4 million and Yale got $7 million – Wait – is it me? These institutions have a $40 million endowment, a $30 million endowment and at $27 million endowment respectively. Yet they were allocated nearly $24 million of “aid” from the government (from us). Is it me? What exactly is DC doing? Wasn’t this CARES program supposed to go to businesses that are suffering due to corona? Oh right, a Harvard spokesman told us that the endowment has “taken a hit due to corona.” It’s an outrage really. But let’s not go there right now.

This morning the story is the same, really. Risk Off – as markets around the world come under pressure.  Asian stocks falling under the weight of the collapse in oil (and what that means going forward) yesterday even as prices rallied from $39.55 to $0 before falling again to -$1. The RBA – Reserve Bank of Australia – released its April minutes and it showed that they remain committed to supporting their economy. It said that Australian banks are in a strong position to withstand the large economic shock that has hit the economy. But none of this good news did anything to stop the selling. News that “Chubby” – North Korea’s Kim Jung on is sick – with some reports suggesting he is in critical condition due to an apparent heart surgery last month only adding to the angst.

European markets are following suit and are under pressure as the day begins. Oil IS the story today. I’ve been listening to CNBC for an hour now and haven’t even heard the word “Coronavirus” yet! In the UK – employment data slowed from February to March slowed from 1.1% to +0.8% – now while positive is trending lower.

And as the sun rises over the Atlantic – US futures are pointing lower. Dow futures -538 pts, S&Ps -45 pts, the Nasdaq -86 pts and the Russell -34 pts. Earnings after the bell included IBM – which beat on earnings at $1.84 vs. $1.81, but saw revenues drop by 3% and they withdrew any forward guidance. Jimmy Kavanaugh – IBM’s CFO had this to say:

“Looking at the first quarter, through February we were tracking ‘roughly in line’ with our expectations.”

Coca-Cola just reported and missed on the number…earnings of 34 cents versus 43 cents. They withdrew forward guidance as well. And while they expect a difficult second quarter as well, they see a turnaround this summer into the fall and winter.

Eco data today is all about Existing Home Sales – exp of -9% month/month.

The S&P closed at 2823 – right at the down trending “trendline” that we spoke about yesterday and last week. This level for now represents resistance and today’s action will likely see us down another 2% or so, taking us back into the 2700s. Not bad, but still ahead of itself based on what we are learning. Macro data – this month is expected to be horrendous, but we know that, and how many more companies will miss the estimates and withdraw guidance. Short term support remains at 2650 – or 6% from here. A level I absolutely think we will test in the days ahead. Remember – talk to your advisor – get comfortable with the design of your portfolio – build a defensive portfolio as the days and months ahead remain fairly uncertain which doesn’t mean that it will be a disaster. It just means make sure you’re comfortable. Tech, healthcare, communications, staples all good places to start. If you have a strong stomach – energy is very much a “value play.” 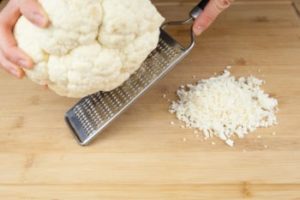 This is another great risotto dish that is easy to make and easy to present. For this you need:

Heat the olive oil and butter in a heavy saucepan over medium heat.

Add the onions and cook until tender – maybe 10 mins. Then add the risotto and stir until well coated with the oil mixture. Add the wine and continue to cook until it is almost completely absorbed.

Next – begin by adding one ladle of the hot chicken broth, stirring frequently until it has been almost completely absorbed before adding more. Continue to cook the risotto in this manner adding the broth one ladle at a time until the rice cooks.

While the risotto is cooking, heat some more olive oil in a frying pan and add the cauliflower. Cook over medium low heat adding a tablespoon or two of broth until the cauliflower is tender and just beginning to turn a golden brown. Remove from the heat.

After cooking the risotto for about 25 mins, should be tender to the bite, stir in the cauliflower and butter. Season with s&p to taste.

Once it is well mixed – serve the risotto into individual bowls, drizzling the top with the truffle oil or a spoonful of truffle butter.  Garnish with shaved cheese and serve immediately.