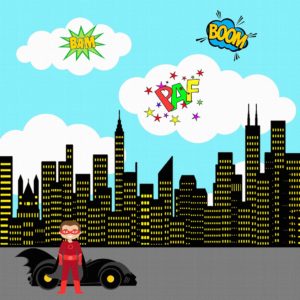 Stocks zoomed higher yesterday – as the Dow advanced by 150 pts or 0.6%, the S&P rose 20 pts or 0.65%, the Nasdaq surged by 110 pts or 1.11% and the Russell added 14 pts or 1.05%… and all that fuss about Apple that caused all kinds of ruckus on Friday was nothing but a distant memory yesterday. Recall – Apple fell on Friday causing heartburn for the markets – because they ‘were being proactive’, closing stores in 4 states that were seeing upticks in corona virus cases sending the markets into sell off mode as the weekend began… but yesterday – investors chose to ignore that and focus on the real fundamental news. At the annual WWDC (Worldwide Developers Conference) – which was livestreamed – a digital-only event due to the pandemic – Timmy Cook announced Apple would now supply the new software for iPhones, iPad, Macs, Apple TV, and the Apple Watch – essentially ‘jettisoning’ Intel (INTC) as they design their own chips taking complete control of the food chain. At the presentation Timmy said –

“When we make bold changes, it’s for one simple yet powerful reason: so we can make a much better products. When we look ahead, we envision some amazing new products, and transitioning to our own custom silicon is what will enable us to bring them to life.”

In addition they also introduced a new iOS14 operating system that is sure to change the way we work and play and redesigned the home screen… this alone will cause all the Apple Groupies out there to want to chuck their ‘old phones’ and buy new – just in time for Christmas… you can hear the cash register ring now… Cha-ching, Cha-ching! And Investors and algos ate it up… sending APPL up $9 or 2.6%… BANG! What was that about store closings?

INTC took it on the chin initially falling 2.7% – as the algos hit the SELL button in pre-market trading and continued to sell it as the electronic ‘buzzer’ rang at the Nasdaq Market Site… I mean really – a bell at Nasdaq – Please… they make it sound like a bell, but it’s a buzzer – let’s just be clear about that! There is only one bell and that is at the NYSE! As the day wore on – everyone tried to make nice and talk about how INTC would still be supplying some chips to Apple for another 2 years as the transition took place… and btw – INTC will still supply chips to DELL, HP along with a host of others, so investors decided to go easy on INTC and by the end of the day it was basically unchanged. Look – just fyi – making silicon chips that run all of these computers, phones listening devices, cameras, spying devices, etc. has been BIG business since the start of the TECH revolution that began decades ago… and INTC was one of the biggest beneficiaries… as they – along with AMD –  supplied all of these ‘parts’ to the computer makers. That has all changed as of 10 am Monday morning… This news puts Apple right at the center of every Apple product – it’s all ‘in house now’… and you wanted to sell your Apple stock on Friday – Why?

Yesterday’s economic news about existing home sales did little to cause the markets to back off – the expectation of -5.6% was way off – Existing home sales m/m declined by 9.7% – but no one paid attention – because somehow they explained it away as an anomaly… nothing to see here – move on.

And then at 9 pm – the WH sent in the clown… on a FOX news interview – Petey Navarro (the clown) appeared on TV with Fox’s Martha McCallum – In this interview he was rambling on and on about John Bolton and his new book, China (he is not a China fan) – about the virus, about where it came from, calling it by 3 different names, about the Chinese leadership and then when she asked him about the future of the trade deal he said –

The Trade Deal is OVER!

(Just an FYI – Navarro is Assistant to the President, Director of Trade and Manufacturing Policy, and the national Defense Production Act policy coordinator.)

Wait – WHAT?  Yes, folks – while speaking to FOX news last night, he called John Bolton ‘a liar’ and then before his brain could engage – his mouth said that the trade deal was over! Futures which had been up 100 pts – suddenly reversed course and plummeted – falling 500 pts taking futures to -390 at 10 pm… S&P’s which had been up 27 pts suddenly lost 50 pts to trade -39 pts… So, there you have it… apparently in his mind there is no trade deal… My question is – Did Donny know that Petey was gonna give that up? What about Mikey Pence, Larry Kudlow, Stevey Mnuchin or Bobby Lighthizer? I can just see the fireworks exploding in the oval office –So, in an attempt to right this ship – Trump takes to twitter and announces that the trade deal is alive and well and fully in place – futures which had plunged began the long road back and by 4:30 am – are solidly in the green.

Stuff like this makes you wonder – was this all a set up? Did Petey and Co. go short the S&P’s on Monday afternoon… and then drop this bombshell at 9 pm to see futures plunge (which would have paid off handsomely for anyone short the S&P) – only to buy them back in the moments post the comment? I mean – is it really out of the question? Oh, like that has never happened before! Watch for this episode on ‘Billions’ in the upcoming season…

Like I said yesterday morning – there is this tug of war going on as both the bulls and bears look for any piece of data, or any headline that will tell their side of the story – that will either cause the market to surge (like today) or create angst and anxiety like it did two weeks ago when the market fell by 1800 pts. It is just like the way we see the daily headlines about the virus… the only number that we see (unless you go searching for it) is the number of new cases and how all the new cases in 4 states is wreaking havoc on Americans. What we do not hear or see in the headlines is how sickness and deaths are absolutely declining… that part of the story seems to get lost… Mostly what we hear now is how we are going to get doubly whacked in the fall when the annual flu circles the globe accompanied by covid19… and while I am in the camp that may believe that this could be true – I am not in the camp that suggests that people will be dropping like flies in the streets at all. We have made great progress in treating the virus and by the fall – we will hopefully be on our way to inventing a vaccine – so let’s stay positive. And we can all help protect ourselves by getting the flu vaccine in the fall… Doesn’t that make sense?

Economic data today includes: Markit US Manufacturing PMI – and the expectation is 50! Recall that we saw this number plunge in the high 20’s only two months ago… well into contractionary territory… so a reading of 50 puts us right in neutral… one little tick above 50 puts us back in expansionary territory… Market Services PMI – which you can argue is even more important – because we are a service led economy – is expected to come in at 48 – another positive considering that in April/May – we were well into the 20’s… 48 would be considered a huge win and if by chance it has a 5 in front of it – it will be another good day for stocks, Unless of course – this whole trade story has any legs – then it will be difficult for anything to rally today.

Asian markets sank as that headline hit the tape and just as quickly as they fell – stocks regained their footing once Donny corrected Petey’s mistake… Petey making sure to tell everyone that his comments were ‘taken wildly out of context’… Hmmmm – is he kidding?  All you have to do is watch it and make up your own mind… There was NO context! By the end of the day investors felt comfortable that this was just confusion… a mistake if you will – and stock across the region ended the day higher… Japan +111 pts, Hong Kong + 396 pts. China + 20 pts and Australia +10 pts.

In Europe – markets there are surging higher – brushing off any of those comments made by Petey the clown… Europeans are following in the footsteps of both the US and Asia and taking stocks higher. The biggest story in Europe is about the missing $2 billion from the Wirecard balance sheet (WDI GR). Wirecard is a German Fintech company that provides software and systems for online payments, EFT’s, fraud protection and enterprise solutions – and two days ago – it was announced that someone took $2 billion dollars off the balance sheet – the stock plunged and now the authorities have arrested former CEO Markus Braun – so I guess the part about Fraud protection needs some work still… As of 5 am – the FTSE +0.84% pts, CAC 40 + 1.56%, DAX + 2.17%, EUROSTOXX + 1.82%, SPAIN +1.7% AND ITALY + 1.8%.

US futures are now back up – solidly in the green as traders and algos try to put this latest story behind them. The headlines now saying that Petey clarified his statement and that the US/China trade deal is not over! So it’s back to the virus story – can they come up with a new headline today that will stall the push higher? Clearly – investors appear to be ok – and think that the bull market and the virus can ‘co-exist’ as Jim Paulsen – Chief Market Strategist at the Leuthold Group – tells us.  In the end – someone thinks that no matter what – the economy will improve in the months ahead.

Other economic data today includes– New Home Sales – exp of +2.7%, Richmond Fed Survey should come in at -2 – which again is a big win – since last month was -27!

Oil is now trading above $40/barrel! And guess why? Tighter supplies and increased demand! Go figure! Who would’ve thought all those production cuts and increasing demand due to an awakening world would create this move? …and why is this a surprise at all?  You and I have been discussing this for months now… and now it’s here… We remain in the $36/$45.50 trading range.

S&P closed at 3117 – holding tight right in line. The market is attempting to find stability but expect it to remain volatile depending on what the headline of the day is. The recent upticks in cases is causing some in the medical profession to raise the warning flag, while others remain at ease. The Navarro headline out of left field would have caused the algos to spin out of control but it appears as if they dodged that bullet… Support is still at 3020 but if this story should come back – it could be lower at 2950ish… Resistance remains at 3200. 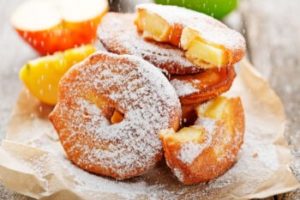 For a dish like this you need measurements as you are creating a batter to dip the apples in… so this one is more specific… 1 c flour, 1/4 c sugar, 1 tbsp baking powder, 1 tsp salt, 2 eggs, 1/2 c milk, oil , 2 or 3 apples (peeled, cored and sliced in rings) and confectionary sugar… You can also add in cinnamon or nutmeg if you like…

In a deep fryer – heat some oil – enough that will allow you to “deep fry” the apple slices.

Dip the apple slices in the batter and then deep fry until golden brown. Remove and place on paper towels to drain – when cooled – “dust” with confectionary sugar. Arrange on a platter and serve. If you use as a desert – place the fritter on the plate and top with your favorite ice cream. I am traditional – so vanilla always works best.