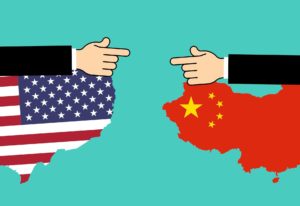 So after the Palooza there’s always a bit of a hangover… and yesterday’s action and maybe today’s as well – was that hangover… investors/traders and algo’s needed a break… Early economic data revealed that the labor market remains skittish… Initial Jobless Claims coming in at 1.4 million -120k more than expected… and Kansas City Fed came in slightly weaker than what the street was prepared for. The airlines – specifically American and Southwest – sending the message that investors/traders/algo’s should temper their expectations for a surge in the recovery… bookings remain depressed – in some parts of the country down 80%. AT&T disappointed – blames their satellite TV division as customers have yet to upgrade their accounts as the new MAX service competes with the likes of NFLX, DIS+, Roku and Hulu, Twitter adds more users but continues to fight the lingering impacts from the pandemic… Daily users rose by 12% while revenues fell by 19% and the company swung to a loss of $1.23 billion – which was more than street analysts expected… and in addition they refused to provide any forward looking guidance… Now that’s not helpful… but in the end – the stock did buck the trend and ended the day up 4% as investors/traders and algo’s appear to be ‘ok’ with these results.

The WFH (Work from Home) and FANG trade that we discussed last week – also came under pressure as the day progressed… Look – we discussed this… remember the day last week when these names specifically rocketed higher – with some of the names up 10% or more in one day -and I pointed out that the Nasdaq was 10% above its short-term trendline?  – well ahead of the norm and that at some point it needed to retreat a bit… and that is what it is starting to do… we saw weakness across the board in the tech names and in the index… TSLA – 5%, AMZN – 3.5%, ZM – 3%, CRWD – 3%, TWLO – 2.4%, NFLX – 2.5%, MSFT – 4.3%, AAPL-4.5% …as investors/asset managers use this group as an ATM machine – a source of cash because of the outsized moves to the upside for months now… This is not rocket science – It’s common sense and its good risk management – because in the end – guess what? These are all good companies – their fundamental stories remain intact – This is not the time to bail – as much as it is a time to re-allocate.

Remember – tech stocks have been and we all know it – extremely over-bought, over-valued and over-owned and the expectations for this quarter were so high – that this angst that we are seeing should not be a surprise to anyone. Yes – these names have led the way higher and they will lead the way lower as well… the melt-up may turn into a short-term melt-down… so get ready for a bit of volatility ahead.

We had 32 companies report yesterday and only 4 of them disappointed… so that means that 87% beat the estimates, yet even that good news did little to stop the bleed… the selling in ‘growth names’ too much for the market to bear… as portfolio managers peel a little off the top… and look for other opportunities in sectors that have either underperformed or are viewed as defensive – sectors that ended the day higher – utilities, financials and consumer staples.

Politics and the election –

Next up is the election….and that is sure to create its own sense of unease in the weeks ahead as the country prepares for what appears to be ‘virtual conventions’.  Word that Trump is now reconsidering the RNC’s move to Jacksonville – is sure to be one of the things discussed in the media today as the surge continues. The Democrats have already announced that their convention will be virtual as the country awaits the selection of the VP candidate – due out on August 1st and then the platform – Will it be just left of center or will it be far left with Sanders, and Warren assuming significant seats in the cabinet?  Which will create another opportunity for the markets to re-assess the outlook and sell off… recall – the market is not yet pricing in the outcome of the election – but it will once we get clarity from the Democrats – we know what we are getting from the GOP and are just starting to learn what we might get from the Dems.

Tensions between the US and China continue to boil over… China retaliates and orders the closure of the US consulate in Chengdu, China – in what is a ‘tit for tat’ response….China defines this move as a ‘legitimate and necessary response to the unreasonable actions taken by the United States.’ – Whatever!  Now while this is all very interesting and exciting – this move will not price stocks in the long term at all – it will though create some short term chaos – which is the silver lining in this story…..Chaos creates opportunity – remember that…..do your homework or talk to your advisor.

Stevey Mnuchin – Treasury Secretary – announced that while the GOP has a fundamental agreement with the WH – it is not what they initially wanted – but it is what will allow the GOP to begin negotiating with the Democrats as the deadline looms.  And while the expectation was for Mitch McConnell to begin releasing a series of bills yesterday – that proved to be a bit premature and this was just one of the reasons that investors/traders and algo’s chose to ‘hit the road’. Toss in the rising US/China difficulties and you have just another reason for the algo’s to focus on the negatives – and the when the mood is negative – expect them to accentuate the negative in each and every story… I mean none of these headlines is new and for the past 4 months – investors have chosen to ignore them – instead trying to focus on the recovery that lies ahead…

In addition – the UK and the EU (European Union) continue to fight over a prospective BREXIT deal and what their ‘relationship’ will look like as the deadline to reach a deal has been pushed back to September.  EU chief negotiator Michel Barnier waring that ‘no progress had been made on the key issues and that a trade deal looks unlikely…’ Eco data across the zone – revealed that Eurozone (EZ) business activity rebounded in July… coming in at 54.8 – putting that report into expansion mode. UK retail sales also much better than expected.  As of 6:40 am – FTSE -0.83%, CAC 40 -1.13%, DAX -1.36%, EUROSTOXX -1.28%, SPAIN -1.14% and ITALY –1.12%.

Eco data –. Include Markit US Manufacturing PMI – exp of 52 and US Services PMI of 51 – both in expansionary mode. New Home Sales expected to be up 3.6%

US futures were down significantly at 5 am but have since rebounded and while still a bit lower – they are significantly better… DOW -34 pts, S&P -5 pts, Nasdaq -71 pts and the Russell -1 pt. Stocks will fight to regain their footing – as it still feels like they want to ‘fill that gap’ – but much will depend on today’s earnings and eco data to set the mood… I suspect that tech will continue to come under pressure today – just because it needs to correct a bit… this does not change the story for them, it’s just a re-balance. Period.

This morning oil is trading up 32 cts at $41.39. The dollar is a bit weaker and is now at a 22-month low vs. the basket of currencies and this weakness is continuing to spur the buying… because in addition to a re-awakening – a weaker dollar also spurs buying… The dollar index is now off nearly 9% from the late March highs, while oil is up nearly 90% off the April lows… You know how I feel – there is nothing wrong with demand and there is plenty of supply which is why I think we will remain in the $35/$45 range and I don’t’ expect it to break out until there is more clarity on the election, the re-opening, the virus and the vaccine or if the dollar continues to weaken.

The SPX closed at 3235 putting the S&P flat for the year… It took a bit of a breather yesterday… backing and filling its recent advance… as it attempts to complete filling the gap.  We did trade as high as 3279 yesterday. If futures hold then expect a test of 3220 ish… on the S&P and while the Nasdaq may come under a bit more pressure – my sense is that the broader market is ok here. 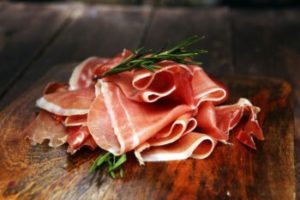 This is such an easy and wonderful appetizer for your next get together. It is Ricotta, Mascarpone and Grana Padano* cheeses mixed with crushed walnuts all rolled up in a slice of prosciutto… Delish.

*Grana Padano is one of the most popular cheeses in all of Italy. The name – Grana means grain – and this refers to the grainy texture of the cheese. Padano refers to the region (the valley of Pianura Padana – in the northern part of Italy running from the western Alps to the Adriatic Sea).

For this you need:12 thin slices of Prosciutto di Parma, fresh ricotta, mascarpone and grana padano cheeses, crushed or chopped walnuts – you do not want to pulverize them, just rough chop or rough crush.

So – first crush your walnuts – set aside.

Now – take 1 cup of ricotta and add ½ cup of Mascarpone and ½ cup of grated Grana Padano cheese. Fold in the walnuts and mix well. Now – spread a layer of cheese on the prosciutto di parma and then roll it up.

Place on a wooden serving board and serve to your guests. You can also include garlic crostini with fresh ricotta and honeycombs – if you never tried this – you don’t know what you are missing.