Bottom line – It’s a “Pandemic Celebration” – The ‘boys’ did not disappoint – AMZN, FB, AAPL and GOOG absolutely ‘blew the roof off the house!’… words like – breathtaking, soaring, surging and swelling are all sure to be heard over and over today… The pandemic being credited for the blockbuster numbers… I mean – think about it – how many times a week to you go to Amazon Prime to go shopping? Whenever you need anything – you say to yourself – “I’ll buy it on Amazon, it’s easy…” Not sure about you, but there is an ‘Amazon box’ at my door nearly every day… Or if you want to visit your family, or friends or neighbors – what do you do? Go to Facebook or Instagram or What’s App and if you need something to ‘work from home’ – doesn’t it make sense to go to the Apple store (online of course) or just think about how many parents are re-outfitting their kids to prepare for ‘at home school’. And all that searching online results in you saying – “I’ll just google it” … I mean did you EVER say – I’ll just AOL (America On Line) it? (Maybe in the last century you said it, but not anytime in the 21st century would you ever say that…)  And who says – “I’ll BING it?” Absolutely no one.

Amazon reported earnings of $10.30/sh vs the expected $1.50 – $88.9 billion in sales, profits of $5.2 billion and now employ more than 1 million Americans… the stock is up 6% in pre-market trading on top of the 69% rise coming into today… Apple – as expected was just another example of success… sales up 11%, earnings of $2.38/sh vs $2.07 – demand for apps and the work from home products and don’t discount that new (lower priced) iPhone AND they surprised investors with a 4 for 1 stock split – something we haven’t heard in years… This stock is also up nearly 6% in pre-market trading on top of the 33% rise ytd… Facebook? The fact is Marky did not disappoint and people around the world use this service to stay in touch. Investors/traders taking this stock up 5% in the pre-market and Google – this was a bit interesting… they beat on the bottom line and reported $10.13/sh vs. the expected $8.27/sh – but also was quick to admit that they suffered an 8% drop in ad revenues – think travel, airlines, cruises, hotels, and even some consumer brands – cut back on ad spending as the economic uncertainty first hit the country.  And investors seem to be focused on this one data point… taking that stock down just about 1% – not the end of the world but the fact is that someone had to disappoint… and isn’t it funny – so far this season we are running at about an 80% hit rate – which is a bit above the long term average… (80% of the reports so far have beaten the expectation) and if you look at these 4 names – 1 out of 4 results in a 75% hit rate – a number that is more along the trendline average!

Now remember – the day began weaker yesterday… all the talk of the tech testimony and talk of the ‘elevated expectations’ and how crowded the trade was and would it be a buy the rumor/sell the news play.  Add into that the fight going on in DC over another stimulus plan and surging virus cases around the world and this caused futures to back off… and then at 9:15 am – just in time for the opening bell – Trump tweets that mail in ballots would produce nothing but fraudulent results so – he wants to postpone the election!  And when that tweet hit the tape – futures plunged again… (let’s be clear – postponing the election is NOT happening at all… so let that go… It will be what it will be – Period). And every time he opens his mouth and creates more havoc/chaos he only fuels the ire and rage of the far-left… which could cause a massive beating across the board for the GOP in November. And don’t think the party doesn’t recognize that… But hey – that’s another conversation… So the markets began the day clearly in negative territory – but then suddenly the Nasdaq began to lift its head as morning turned to afternoon – all in anticipation of these results… and then the chatter began to hit all of the chat rooms and social sites as everyone opined on what was going to happen. I appeared on the TD Ameritrade network to discuss the issue — click here to watch.

By the end of the day – the Dow lost 225 pts, the S&P gave back 12 pts the Russell lost 5 pts….all this in contrast to what investors/traders and algo’s did for the Nasdaq – that index flipped from negative to positive and ended the day up 45 pts as the excitement built… and guess what? The party continues into this morning…

Those results are causing most US futures to surge… at 7 am – Dow futures are up 68 pts, the S&P is up 16 pts the Nasdaq is soaring up 186 pts and the Russell is frustrated – falling 6 pts. It does not appear to be a ‘sell the news’ event (just yet…) but my guess is that when the S&P hits 3280 ish it will become exhausted… just because we still have plenty of earnings to get through next week – and some of those could prove to be a bit more challenging.  Already this morning we heard from 3 Dow components – CVX (Chevron) – and it wasn’t pretty – they reported the worst loss in decades and warned of more pain to come… Saying that financial results may continue to be depressed. The stock is quoted down nearly 3%. CAT reports and beat on both the top and bottom lines – but refused to give any guidance because the future remains too cloudy that stock is up 2% and Merck also beat and is trading up 2% in the pre-market.

And then there is the fact that emergency unemployment bennies will expire today and congress and the WH remain far apart on any agreement… virus concerns continue to simmer and talk of vaccines or therapies remain on the front line. Concerns over sectors linked to an economic recovery are under a bit of pressure as investors reconcile yesterday’s massive hit to GDP on record… a negative 32.9% (which was a bit better than the expected -34.5%) but is still deep into contraction territory.  So now that these titans have pulled back the sheets – the focus will turn what’s ahead – thus the exhaustion I believe we are about to see.

Oil fell yesterday and tested trendline support at $39.18 before closing at $39.92.  This morning it is up 25 cts a t $40.17/barrel… Once again we remain in the $35/$45 range  but what you will begin to hear is that ‘plateauing global demand and increasing supplies from OPEC +’  are sure to put pressure on oil… as analysts question whether or not the market can absorb the additional barrels… My gut says it can – so don’t stress… which is why I think we remain in that range – no reason to surge higher just yet… but also no reason to collapse either.

Gold – moved higher overnight and is up $25/oz at $1,992 but did pierce the century mark and trade as high as $2,005 earlier.  This is a direct result of  a couple of things….One – the new political uncertainty (think election and think of who the Dem VP candidate will be),  the exciting tech news yesterday (which continues to stretch tech valuations), the ongoing spike in virus cases around the world and now the stalemate over unemployment benefits… what gold investors/traders are doing is running to the ‘safe haven’ trade as they also expect the broader market to pull back a bit… and – Gold is always a place to find security in an unsettled world… Gold continues to be worried about inflation, and a dovish FED. The weaker dollar which has contributed to the recent surge in commodity prices is weaker again today and that is helping the whole commodity complex. Yesterday I told you that Gold was a good 10% above its 50 dma trendline… a level that suggests a pullback is in order – but if economic and political uncertainty remains front and center -then gold will continue to push higher… I just wouldn’t chase it…

The SPX closed at 3246 as the churn continues… we have been stuck in this 3200/3275 range for a couple of weeks – and I suspect that to continue.  This morning I expect that it wants to test the most recent highs of 3275 ish… but I don’t think that happens today. I would hold tight – no reason to chase anything right now. 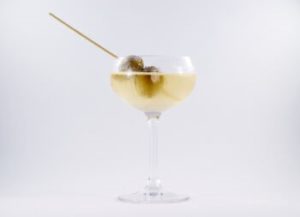 My go to Grey Goose (or Tito’s or Belvedere) Martini…

For this you need: Vodka, Ice, a shaker, dry vermouth, 3 Blue Cheese stuffed olives and a bit of the olive juice to make it a ‘little dirty’.

You order this – this way – “I’ll have a Grey Goose Martini on the rocks, shaken NOT stirred, with 3 blue cheese stuffed olives – a little dirty” with a glass of ice water on the side.

Stay safe… see you on the other side…