Another Day, Another Dollar…/Try the Spaghetti & meatballs 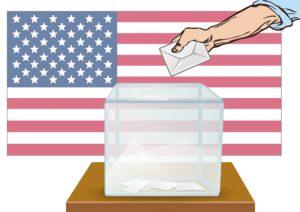 Another day another dollar… stocks rise, Nasdaq surges up and thru 11,000 (for a brief moment), Apple rallies another 0.4% as it inches closer to being defined as a $2 trillion company, Facebook and Twitter punish the President by removing a video deemed ‘harmful and full of misinformation’ (about how kids are ‘almost’ immune from corona – I mean come on – that borders on ridiculous – the question is – who in the WH actually allows him to post such insanity? Is it Jarred? Donny Jr or the other one? Because it can’t be Ivanka…) and Instagram (a Facebook offspring) launched a ‘short-feature’ video platform in a direct response to China’s TikTok… Now let’s see if all of those ‘influencers’ move from one platform to the other…

Economic data continues to improve – Markit IHS Services PMI coming in at 50 on the nose while the ISM report continues to improve coming in at 58.1 – well into the expansionary zone as investors celebrate… and don’t’ despair the ADP employment report… the expectation was for 1.2 mil and we got 167k… a huge miss right? Not so much, last month’s report was revised up from 2.3 mill to 4.3 mil – capisce? So it’s all good.

On the political side – Dems and Republicans inch closer to stimulus deal – early reports suggest that they compromised on $400 in additional unemployment support but are still negotiating on an eviction moratorium and money for schools… Democrats gave up on more money for the US Post Office – just when we are discussing ‘vote by mail’… (interesting, don’t you think?) all as the virus rages on… Joey Biden announcing that he will NOT travel to Milwaukee to accept his party’s nomination but rather accept it from his basement in Delaware… and he still has not announced his VP pick, maybe because he is waiting for the VP to pick her VP (capisce?).

The infighting between states heats up with Andy Cuomo (Gov NY) now stopping any car with an out of state license plate as they come ‘over the border’ to determine who they are, where they are going and that they understand they are not allowed to be in public for 14 days… as he mandates that the officers take name, cell number and address in NY – sure to have a policeman follow up to make sure that they are sheltering in place and if they are not – expect a fine of $500/day…

And Bernie (Sanders) announcing that he will sponsor legislation today that targets ‘obscene wealth gains’ from billionaires that have benefitted during the pandemic… You can guess who is on that list (Jeff, Lonnie, Marky, Sandy, Timmy, and the whole Walmart clan) … And he is proposing that a 60% tax on the gains between March 18th – August 3rd on 467 billionaires – will raise some $420 billion dollars… And while I am not a Bernie fan at all, we do as a country need to discuss how we are going to pay for this…

In a sign of renewed optimism over the economy, sectors that have been under performing saw new interest… Industrial +1.9%, Financials +1.4%, Basic Materials +1.5% and Retailers +2.4% all moving higher… while tech +0.3%, which continues to lead is beginning to feel ‘a bit extended’. Pharma, Semiconductors, Consumer Staples and Utilities also saw weakness yesterday as investors continue to watch what’s next – on the virus front and on the stimulus front…

And this morning our friends at Goldman Sachs tell us that any ‘successful vaccine’ could unsettle the markets ‘sparking a selloff in bonds and technology’ – the assumption being that a vaccine is already priced in and we could see a move out of growth into value… then toss in ‘election risk’ and rising taxes across the board and we may see a re-assessment of valuations… and a change of heart at the FED… (Mmmmmm – not so much) Jay has all but guaranteed that rates will remain at zero at least thru the end of 2021… with members of the FED supporting more policy help in the months ahead vs. less… Now – could rates change in 2022 – of course… and I expect they will – because 2022 is 17 months away and way to much can happen between now and then for anyone to suggest that rates will remain at zero beyond 2021… Look – the FED has also indicated that they are willing to let inflation rear its ugly head before they move significantly on rates… which I think is a mistake because when inflation begins to move – I think it will spike higher leaving the FED with no option but to become more aggressive – causing rates to rise by full point percentages vs. fractions of a point – but hey… what do I know…

This morning US futures are flat… Dow -32 pts, the S&P -6 pts, the Nasdaq -30 pts and the Russell up 3 pts… Eco data today is all about the jobs market… Initial Jobless Claims are expected to come in at 1.4 mil while Continuing Claims are expected to be 16.9 million – and while those reports will be watched – I do not expect the market to be driven by them. Today’s action will be all about ongoing negotiations in DC and tomorrow’s Non-Farm Payroll report – exp of an increase of 1.5 million jobs, but after yesterday’s ADP report that may change… Will we see another revision to last month while this month produces a much smaller number? And if so – is that really an issue at all? With the Nasdaq piercing 11k – expect lots of chatter on the business channels about what’s next for tech… and it does feel a bit frothy, but we keep saying that yet the market marches higher… so stick to the plan, re-allocate your portfolio based on valuations that cause imbalances… maybe consider becoming a bit more defensive ahead of the pack as the fall is typically a bit volatile…

Do not ignore the election risk and do not discount Bernie’s histrionics…because taxes are going up across the board – I mean they have to, right? Think about it… and no matter that the new money should be used to pay down debt – expect social programs to benefit from all the new taxes as the new administration takes root. I say that because I believe the market is expecting a change in leadership…

Oil holding steady at $41.68… after shooting higher yesterday… the EIA (Energy Information Admin) reported a larger than expected drop in crude stockpiles – mimicking the API report on Tuesday… However – US refined product inventories rose… and that goes to their story about waning demand… Which leaves us where? In the same place we have been for a while now… So – no need to panic… We remain in the $35/$45 range.

After kissing 3300 the S&P proceeded to go even higher aching to fill the gap created during the February collapse… The index traded as high as 3330 – only 7 pts away from closing the gap… Can it do it today – of course… will it? Well that depends on the tone of the conversation as the sun rises over the Atlantic… My guess is that it will… but then fail as it regroups in the days ahead in order to blast up to test the high created on February 19th at 3386. I guess the only thing that might derail that is Biden’s announcement… how will the markets perceive the choice?  Will she be seen as a center moderate – which would be a positive (I guess) or a left progressive (less positive) as investors will have to decide what that means for the sectors identified by the far left? 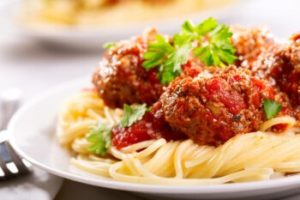 Now – slice 3 large white onions, chop 4 gloves of garlic and sauté (med/hi) in a heavy bottom pot.  After about 5 mins… add the chicken thighs and brown for about 15 mins… remove the thighs and set aside. (when it cools you can remove the skin if you prefer) Now add the ribs to the pot… brown these for about 15 mins… Remove and set aside. Now add – 4 cans of kitchen ready crushed tomatoes… if you cannot find then buy the plum tomatoes and run them thru the food processor – add 1 1/2 cans of water – stir – bring heat up to high until it boils then reduce to simmer… season with s&p, add the fresh chopped basil – like 6 / 8 leaves. Add back the meat – chicken, pork and meatballs*. Add in the oil and bits from the fried meatballs. Let simmer for at least 45 mins – stirring occasionally….at this point it is all done. (But if you turn it off and let cool and refrigerate until the next day  – it is always better.)

Now bring a pot of salted water to a rolling boil – add spaghetti and cook for 8/10 mins until aldente. Strain the pasta – reserving a mugful of pasta water. Return pasta to the pot – add back 1/4 cup of water to re moisten… now add 4 ladles of sauce and mix well.

Serve immediately in warmed bowls with plenty of fresh grated Parmigiana cheese.  Serve all of the meat on a separate platter in the center of the table.

Now that we got that right (you can also add some ground pork or veal if you like) I always use 1 lb of ground chuck and 1 lb of ground pork… 2 eggs, pepper, handful or two of grated Pamegiana, (if you only have Romano then that’s fine), 2 med cloves of crushed and minced garlic*, 2 slices of Italian bread soaked in whole milk and a splash of olive oil… and s&p to taste.