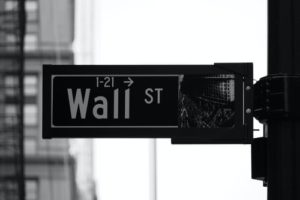 **Don’t forget to join me tomorrow afternoon as I interview – ‘Large’ from Barstool sports – It is sure to be entertaining – click on the link to join this free, limited seating event.  https://blitzr.com/event/2824/2236

Just when you thought it could not go any higher – stocks managed to push out gains on Friday – ahead of the long weekend…which many thoughts (myself included) meant that the path of least resistance would have been flat to down….as so much can happen over 3 days when you cannot really participate….in any event – that did not happen. As the 4 pm closing bell rang – we saw that the Dow added 27 pts or 0.09%, the S&P gained 18 pts or 0.45%, the Nasdaq added 70 pts or 0.5% and the Russell gained 4 pts or 0.18%.  And…….in a real show of support to the idea that everything is ‘ok’ – the Transports surged ahead…adding 221 pts or 1.7% and this speaks volumes about investor psyche…. Not only because both the Dow Industrials and the Dow Transports advanced but because they have been advancing in tandem over the past couple of weeks….and in Dow theory – that is a ‘bullish’ sign…. Investopedia defines the ‘Dow Theory’ this way –

And if you look at the charts…. you will see that the Industrials have been churning in the 31,500 range above the prior highs of 31,200 range….and now the Transports are attempting to pierce their January high of 13,208 (currently at 13,175).  – Whether or not it is able to – may in fact define the next move…. because for the theory to hold – the Transports need to advance above that level…. if it fails – then the theory fails, and we could see a bit of a reversal…. not to say the bottom will fall out, just suggesting that the pullback that I have been discussing may show its face…. We can only hope!  But that is NOT happening again today….US futures are higher…. see below.

Eco data on Friday was disappointing which only strengthens the FED ‘loose money’ policy stance as well as the stimulus plan….…. U of Mich Sentiment reading coming in at 76.2 well below the 80.9 expected read….and the U of Mich Current Conditions Index came in at 86.2, below the 89.0 expected rate.  1 yr inflation reading of 3.3% while the 5 – 10 yr inflation read came in at 2.7% – this data point is useless in my opinion….who in their right mind ‘can’ really predict what inflation will be 5 – 10 yrs out – Especially considering what we’ve done to ourselves in the past year and past decade …..Either way – that data point is nothing more than noise…that’s like me saying that the market will be higher 5 – 10 yrs from now..  I mean – Come on – is that really an earth-shattering prediction?

Speaking of the safety trade –

Watch the VIX…..which closed at 19.97 on Friday…..taking it back thru all 3 support levels to the low levels seen during 2020… with the sense that this isn’t going to stop – because investors now appear to be very complacent….so watch as the VIX continues to plunge now – suggesting more complacency…..If history is any guide I would expect to see it bottom out in the low teens….as they push the mkt to even higher highs…..Remember – as fear subsides the VIX moves lower….and the low teens would suggest real euphoria among investors and this is exactly the time to be worried…..A VIX in the low teens – makes people feel safe – and in my opinion would also represent the ‘blow off phase’ for stocks…because if this were to happen – then stocks will be substantially higher from here….in what feels like there will never be a down day on Wall St. And when reality hits – the move lower can be and most likely will be swift….so do not be surprised…Be ready.

Overnight US futures are trading higher – at 4 am – Dow futures showing gains of 202 pts, the S&P’s up 20 pts the Nasdaq ahead by 60 pts and the Russell up 23 pts.  Leaving the Transports only needing to advance 34 pts to pierce the prior high and confirm the Dow theory….….

Declining infection, death and hospitalization rates due to COVID-19 are clearly supporting the euphoria…. Early baby boomers (people older than 65) that I know in South Florida that have all been vaccinated are all going out!  Out shopping, out to dinner and some even venturing to travel to see family that they have not seen in over a year…. It is as if they have a new lease on life and they are not going to be held down anymore!  And if that is happening here – just imagine how the rest of the country will react as we approach herd immunity and a clear path toward normalization.

10-year treasury yields jumped to the highest level in almost a year – closing out the week at 1.23% as money is moving out of bonds and into stocks…. suggesting that investors are feeling much more confident about how vaccinations and additional fiscal and monetary stimulus will succeed in pulling us out of the dark hole we have all been in during the past year.  Do not forget how Treasury Secretary Yellen reminded us of all the reasons for more stimulus and then FED Chair Powell clarifying that ‘full employment is the national goal’ and that the FED remains completely committed to zero interest rates at least thru 2022.

Earnings today include CVS, OXY and PLTR among others.  If they impress investors – then look for CVS to challenge its high at $76.50, OXY – which broke out to the upside last week piercing $24.60 is now poised to surge if they impress and PLTR – a hot new name that has acted very well, is building a nice base – could test support at $28.56 before making a sustained move higher although early indications have it quoted up $2 or 6% at $33.75 ish.

Eco data is all about NY and the Empire Manufacturing Survey – exp of 6.0…. this though will not be a directional driver for the markets at all…but it is another data point that continues to build the story.

Thursday brings the circus to town (DC) – Vlad, Bobby and Ken (CEO’s at Robinhood, Melville and Citadel) will appear before the House Financial Services Committee – where our elected officials – led by none other than ‘Maxie’ Waters (D, CA) will grill this threesome about the trading in GME, AMC, BB, BBBY and any of the other heavily shorted stocks identified by the rebels from Reddit.  I can’t wait to hear some of the questions that are sure to be asked…..considering that most of them think that Robin hood shut down to punish the little guy….what they don’t seem to understand is that the NSCC (Clearing House) shut Robin Hood down because they ran out of money…..and could not finance the clearing and settlement process – that is very different than shutting down the little guy – and to be clear – the big guys don’t trade on RH so that is why they didn’t get shut out,  but let’s see how this narrative takes shape.

Oil is up again…. WTI (West Tx Intermediate) trading at $59.88 after trading as high as $60.95! A massive cold snap engulfing nearly 2/3rd of the country and all of Texas – causing demand to surge…. while closing wells and refineries in Texas – the biggest crude producing state in the union.  This unexpected event taking oil to levels that have been projected by several analysts – albeit a bit faster than they expected…. but it is what it is….

Additional news out of the Mid-East causing supply disruptions only adding to the moves higher in mid-east supply.  Yemen’s Houthi Group (an Iranian backed movement) struck Saudi Arabian airports over the weekend raising supply concerns in the region….as the tension builds between the countries. Oil is now up 17% since February 1st – and is up over 100% since the April 2020 lows…leaving it just 13% below the October 2018 highs of $67.56. During this time – the XLE – Energy ETF has advanced 43% and a look at the chart suggests it is about to break out of the channel it has been in.

Bitcoin + $850 at $49,000… after testing as high as 49,913 overnight…. you can just feel how it wants to pierce $50,000 and by most estimates – today just may be the day (or maybe not…) but when it happens – expect the asset to continue to surge….as the algo’s go nuts – celebrating this latest milestone in the Bitcoin saga…. Look for the other crypto’s to advance in unison….

The S&P closed at 3934 after trading in a tight range on Friday……and with futures looking to trade higher today we can expect the push to continue.  A very generous set of trendlines now has a channel of 3771/4040 as the range that we are in…. that represents a further move up of possibly 2.5% with a downside of 4.1% from where we stand this morning.  Both of those moves are well within what would be considered normal…. On Friday morning I said that market would test 3900 which has become somewhat of a short-term support level…and we did and bounced…and that sets us up for another advance.   While I still believe that the market feels tired – it continues to advance….and if you are in it then you continue to participate so there is no reason to second guess yourself.

Stay the course – Stick to the plan, trim where necessary and put money to work in some of the underperformers…. call you advisor if you have one and feel like you need to talk.  I am waiting on PLTR today to see how they do and how investors react before committing new money to the name.  Stay awake…. this is not the time to doze off.

Text INVEST to 21000 to get my digital business card – give me a call if you want to discuss what Slatestone can do for you.

This is truly a Neopolitan peasant dish – I made it over the weekend because it is also a real comfort dish…. nothing fancy, but always good.  See the picture on my Twitter feed –
For this you need:  3 Sweet Sausages (or Hot if you like that), 1 large potato – sliced in half and then sliced into thin half-moons, chopped Spanish onion, 1 can of sweet peas (drained of their water), s&p, butter & olive oil.

Preheat your oven to 375 degrees.

In a large baking dish – add the sliced potatoes, chopped onion, ½ stick of butter, s&p and a splash of olive oil.  Toss and then place in the oven to cook.  Stirring occasionally.  Cook for 40 mins or so….

While this is happening tend to the sausage……. if you have a grill – you can grill the sausage or you can put the sausage in a frying pan on the stove and brown it on all sides.  Once cooked – set aside on the cutting board and let cool for 5 mins.  Then slice into bite sized pieces.

Turn the oven to broil and brown the potatoes, do not burn them.  Once they take on that golden hue, add in the sausage pieces and the peas…. put the baking dish in the middle of the oven and turn off the heat.  Allow the sausage and peas to warm up in the hot oven – 5 mins…

When ready serve family style – with a big salad.  This is a stormy Saturday night/Sunday dish.  Make yourself a bowl, put on a good movie and enjoy.