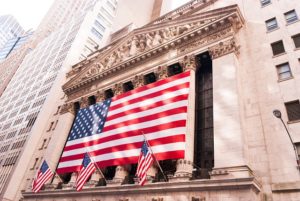 The Dow Industrials, Transports, and the Russell all close in negative territory while the Nasdaq and S&P continue to march higher……JNJ (Squared), the CPI, earnings and the Coinbase IPO all causing confusion for investors and causing the indexes to diverge.  By the end of the day – The Dow lost 68 pts, the Transports gave back 105, the Russell limped to a close losing 5 pts while the Nasdaq gained 146 pts and the S&P added 13 pts.  – But where was the excitement?

So the headlines were all about J&J and JNJ…..the first being Jay & Janet while the second being JNJ – the pharmaceutical company that has manufactured one of the vaccines – in fact the only 1 dose vaccine out there……Yesterday morning – in the moments before the gov’t released the CPI data – the headline hits the tape – that the FDA was pulling the JNJ vaccine from the shelves – to be clear they announced that they are ‘pausing’ the use of the vaccine as they sought more data on the recent series of blood clots (let’s be clear – 6)  that seem to be affecting women between the ages of 18 – 45….and that caused some to suggest that the pace of ‘herd immunity’ has now been extended and it may take longer for the economy to recover!  OMG!  REALLY???  Hello????  Is this guy kidding us????

Stock futures which had be hugging the unchanged line as they awaited the CPI data -suddenly turned south…. the Dow falling triple digits within minutes of that announcement…. followed by the S&P and Russell – the Nasdaq held tight – not sure what to do – that was until the CPI data was released….

And then it hit…..top line came in at +0.6% – just 0.1% above the expectation…..ex food and energy of +0.3% – just ahead of the +0.2% that had been forecast….so – it wasn’t a BIG deal at all…in fact – I have to say that J&J did a great job of jawboning the release…..telling everyone that there was nothing to worry about….and in fact – the release proved that there wasn’t much to worry about this month…….but remember – as per Jay Powell – it typically takes 2 – 3 months for Producer Price increases to make its way thru the system…..in any event – it’s done….the number is here and it wasn’t the disaster that the whisper numbers had suggested so any talk of a change in policy was quickly dismissed…..

Next –
Bitcoin – surged $3500 piercing $63,000 ahead of todays’ Coinbase IPO – symbol will be COIN, and it will trade on the Nasdaq…… – Last month Coinbase had an implied valuation of $68 bil or $343.58 share….by last night’s close the implied valuation was $100 billion (or at least that is what the media was quoting….) and then after the bell – the brain trust gathered at the Nasdaq in Times Sq and decided to go with $250/sh which reflects a $63.5 billion valuation…. Oh boy……

Now this number means ABSOLUTELY nothing but is the number that the Nasdaq must use to set a ‘reference price’ for the stock – since it is going public via a direct listing….Not the usual pomp and circumstance of a traditional IPO – but a direct listing – that eliminates the bankers and the whole usual drama…..Coinbase is selling its shares directly to the public without the help of GS, or JPM, or C, or MS etc.…..They set a reference price – of $250/sh and then let natural market forces determine the opening price….No big bankers controlling it, no big bankers telling anyone what it is….the market will tell you what it is based on the simple principles of supply and demand.   But I doubt the math holds – in fact, there are some that suggest the more realistic valuation is $19 billion – or some 70% BELOW the current $63.5 billion implied valuation……which then means it should open at about $75/sh…. but on the other hand – there are those that suggest it is worth closer to $100 billion share which would imply a price of ~$400…. but hey – I am willing to say – I could be wrong…. – So, here is the quote:  $75 bid/ Offered $800 – How is that working for you?  I mean does anything make any sense these days.

And by the way – Coinbase is allowing crypto currency owners to use ‘margin’ to ACCENTUATE and AMPLIFY their trading capabilities…. Which leads me to ask – Where are the regulators??  What is anyone thinking?  I cannot wait to see how this blows up – along with the housing market (which is another conversation) and all those other bubbles that are brewing…. The only concern is to what extent would an implosion in this ‘whole thing’ affect the broader market?  And that is a rhetorical question – do not attempt to answer it – there is not ‘an answer’ – no one can solve for X in this equation…. but if you want to try – give me a shout….

Today is the official start of the beauty pageant and as the Temptations remind us to – ‘Get Ready, Cause Here I Come….’  (click on link below to take you back to a simpler time…1966 to be exact – I was 5!)
https://www.youtube.com/watch?v=PV97roslmt0

JPM is about to kick it off along with GS, WFC, TDOC and BBBY…. expectations for JPM call for $3.01/sh – Analysts have prepared the markets to expect strong results across the ‘financial complex’……particular attention will be paid to the pace of loan growth (or not) and the release of loan reserves which could spark even higher numbers….

and they reported what???  $4.50/sh or 50% ABOVE consensus estimates……BA BA BOOMMMMM! ~
The others are sure to ‘surprise’ as well…so Get Ready……Strap yourself in….

US futures are flat to up slightly at 5:30 am….as Carly Simon – entertains us with 1971 release of ‘Anticipation……’  reminding us that we may never know about the days to come……  https://www.youtube.com/watch?v=4NwP3wes4M8

In any event – PFE announced that they could deliver 10% more of the vaccine doses by the end of May – while Moderna tells us that their vaccine remains more than 90% effective 6 months after the booster shot…. And that guy is worried about the pace of the US recovery????  Dude – go back to bed….
So, it is now all about the micro data (earnings), the macro data (gov’t reports) while important will be put on the back burner….as the focus will be on not only what the earnings are, but what the CEO’s CFOs are saying about the next 6 months…

European markets are up – remember I told you about LVMH in yesterday’s note?  The high-end consumer’s discretionary name that would speak to the health of the global economy??  Well guess what?  They smashed it! ~  Chinese and American demand for Louis Vuitton handbags and Christian Dior clothing/perfumes/undergarments were off the charts……sending that stock up 3% in early trading…. All this as pent-up demand for high priced fashion remains alive and well.  Which should tell you something about how global citizens are feeling…. Just sayin’ In Germany – SAP raised their 2021 guidance after they also reported ‘robust’ cloud sales – investors taking that stock up 4.5%…… At 6 am – the FTSE -0.06%, CAC 40 + 0.33%, DAX + 0.28%, EUROSTOXX +0.31%, SPAIN +0.14%^ and ITALY +0.52%.

Oil – oh guess what?????  It is up $1 or 1.6% at $61.14 – as industry reports show US inventories declined MORE than expected (think demand) and OPEC+ raised it outlook for demand……as the global recovery marches on……Need I say anymore?   Look for oil to kiss $65/barrel before long….and then – depending on how strong the recovery becomes – we could pierce up and thru $70/barrel…. (I am not there yet – but I could be convinced)

Bitcoin is trading at $63,700 and Ethereum is trading at $2350…. all ahead of the ‘IPO’….
The S&P added 14 pts to close at 4141…. Yesterday I said that the market keeps pushing up against the trendline and should find some resistance…. but it never does, and it did not again yesterday…. Unbelievable….in fact I said that –

“The trendline suggests that we are kissing resistance – but I keep saying that and we keep pushing higher…. the broader trading channel is now 3930/4150.”

4150!  Ok….so we are 9 pts away from that trendline……and today is all about earnings….and with futures pointing higher…. you can expect that we are going to kiss 4150 early on……

Remember – stay focused….do not get caught up in the hysteria of it all…. take the time to trim a bit in names that have clearly outperformed or if you do not want to do that – then just add money to those sectors or names that have underperformed….

Text INVEST to 21000 to get my digital business card – give me a call if you want to discuss what I can do for you.  You can now get a video version of this note on my IG (Instagram) feed – my handle is Kennyp1961 (https://www.instagram.com/kennyp1961/)
Take Good Care

So, this is simple to make and presents beautifully on the table.  For this you need:
1 eggplant cubed, olive oil, 1 cup of oil packed sundried tomatoes, garlic, parsley, s&p, 1 lbs of Farfalle (bow ties) pasta, goat cheese.

Preheat your oven to 400 degrees.

Bring a large pot of salted water to a rolling boil.

Put the cubed eggplant in a strainer and lightly salt – let sit for 40 mins (get the water out).
Put some olive oil in a roasting pan and then toss the eggplant to mildly coat it.  Season with s&p.  Place in the oven and roast for 25 mins or so.  Be sure to turn the cubes once or twice.

While this is happening – break out the food processor and combine the sundried tomatoes, some parsley, 2 cloves of peeled garlic and a bit of olive oil and pulse to blend.  Do NOT PURIFY…. just pulse it – capisce?

Now cook the Farfalle until Al-dente…about 8 mins.   Strain – always reserving a mugful of the pasta water.   –

Return the pasta to the pot – add in the roasted eggplant and the tomato pesto mixture.  Toss well to coat.  Add maybe ¼ cup of the pasta water and turn up the heat on the stove to mix and coat well.  Serve in warmed bowls with goat cheese on top.    Enjoy with a nice class of pinot noir – perfect – not heavy – just right.