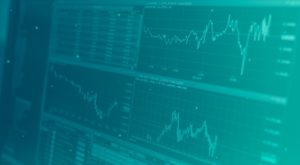 Good Monday morning…. Stocks under a bit of pressure this morning, SPACs under pressure, Cryptocurrencies under pressure, even 10 yr. treasuries are down, sending yields up slightly…. there is a theme here…. are you seeing it?  We will get back to all of this….

Friday saw stocks make new highs again…as the euphoria just did not quit…. The Dow added 165 pts, the S&P’s up another 15 pt., the Nasdaq up 13 pts and the Russell added 5 pts and while the Dow Transports ended the week down 10 pts…. the chart is beautiful….as the transports are up 19% ytd…. besting any of the other indexes by a wide margin.

And earnings continued to surprise to the upside…. only fueling the ‘feel good mood’ that is out there.  The VIX pushed lower – and that makes sense, right….as the mood remains euphoric – FEAR is a non-event.

See my Sunday Morning Commentary from the Beach https://www.instagram.com/p/CNzjFVMgX0v/

It’s the same story- accommodative FED, strong earnings, big beats, better forward guidance, better macro data, less infections and more vaccinations…..we now have nearly 200 million people vaccinated…..that is nearly 60% of the country….so herd immunity is within reach….and many are now suggesting it will happen sometime this summer…..and that is also adding fuel to the fire as more and more people take the plunge and get moving…Ok – great…so the market has already priced in all the good data – and like I said last week – all we need is for ONE thing to hit us out of left field, something we didn’t expect and Boom….the bottom could feel like its falling out….So, let’s discuss what is falling out…..

Have you seen the SPACS lately?  Are you paying attention….Chamath’s (Palihapitiya) 6 SPACS are getting crushed – much more than the broader SPAC market……the Broader SPAC mkt is off about 25% while Chamath (and all of his shareholders) are getting their clocks cleaned…….Clover Health – 25%, IPOF (Social Capital VI) is down 42% from the February high, IPOE (Social Capital V) is off 45%, IPOD (Social Capital IV) is off 41%, OPEN (Open Door Technologies) – 52% and SPCE (Virgin Galactic) is off a whopping 63%. Chamath – who once the face of SPAC Mania is now the face of SPAC BUST and his daily appearances on CNBC is noticeably absent.  You can follow the SPAC industry by following the SPAC ETF – which is SPAC….and it is down 24% off the highs hit last February…..In fact, if you look at many of the spacs out there – many of them peaked in mid-February…….and if you remember what I said on February 3rd after former Secretary of Commerce Wilbur Ross announced and launched his spac….

“OK, now we know that we hit the top – When 85 yr. old former Secretary of Commerce – Wilbur Ross launches a SPAC with none other than the Donald – it’s gotta be the top….…”

all the bells and whistles started going off with reckless abandon – movie stars, athletes, singers, dancers all lending their names to one or another SPAC as they all cashed in on the latest craze and cashed in, they did – let us not kid ourselves….…and it was only 14 days later when we hit the top and it has been all downhill from there……

And then we had this building narrative on how crypto’s and the blockchain are  changing the world – and while I do believe it to be true…you could argue that this is spinning out of control as well – after Mikey Novogratz, Lonnie Musk  and a few others pushed the asset hard – calling for $500k – $1 mil valuations per coin by year end….…..Bitcoin soared 520% from October to early April…..taking many of the other cryptos with it….and then Coinbase goes public at a valuation that was 3 X that of the exchange that it was trading on…the Nasdaq…..($85 bil vs. $27 bil) and that did raise some eyebrows…..especially when so many questioned the ‘direct listing’ – that is when the insiders get to sell their stock vs. the company issuing and selling newly minted shares – causing Petey Schiff to scream about a pump and dump scheme – which I completely disagree with – see my IG video from Thursday…….….and what we saw – was an opening price of $385/sh that shot up to $429/sh (would love to know who created that tick) only to see it fall to $310 before ending the week at $342…..with futures this morning suggesting a $330 opening….as investors continue to try and find its proper valuation…..in a world gone nuts.

US futures are slightly lower this morning….as markets and investors take a breath…Over the weekend – Bitcoin crashed – falling 18% on Sunday…. Some are suggesting it was the ‘PI cycle indicator’ while others are point out a tweet that is suggesting that the US Treasury is about to charge several financial institutions for money laundering using cryptos – although this has not been verified… And while Bitcoin did trade as low as $49k on Sunday (down from $65k) – it has found support and is back up and trading at $57k…still below last weeks high, but well off the crash on Sunday….

It is another big week of earnings…. we will hear from such American stalwarts as KO, IBM, UAL, T, JNJ, LMT, PM, PG, ABT, HOG,

Eco data will feature the usual suspects as well as Markit Manufacturing PMI of 60.5 and Markit Services PMI of 61.5 – WELL into expansionary territory….In addition we have the Kansas City FED – exp of 28, New Home Sales +14.3% and Existing Home Sales of -1.1% – suggesting that everyone wants new, not interested in renovating….(renovation is expensive and if you buy new – you just put it into the mortgage that you will pay off over 30 years…)

Oil – is off 12 cts…at $63.01…. India & Japan both reports a surge in Corona cases and that is causing the oil bears to suggest that ‘demand will fall’…. omg…its exhausting…. Stephen Innes – chief market strategist at Axi lays it out like this –

“With a resurgence of virus cases in India and Japan, topside ambitions continue to run into walls of profit taking” ….

And while trader types are doing exactly that – the trend is UP – with Fundstrat’s Tommy Lee calling for $80/oil which would translate into a 45% + move up from here in the XLE if the relationship holds…. which means a $30 move higher…. from Friday’s close of $48.40.  We are still well within the $60/$65 range…. with building upward pressure.
Bitcoin has rallied off the Sunday decline and is trading at $56k while Ethereum is trading at $2200….

And Cathie Woods of ARK Investments goes in for more…. scooping up another $100 mil in addition to the $256 million she took down on IPO day.   Her ARKK ETF did back off on Friday – failing to crack the $130 resistance trendline…. but remains in the $120/$130 tight channel, understand that longer term support for her right now is at $111…. Coinbase is quoted lower by $8…. And her TSLA position will also come under pressure today after that horrific car crash of a Tesla over the weekend that had no one driving but killed the two passengers….

The S&P closed at 4185…. After trading as high at 4191 and as low as 4170…. Recall, the trendline is now well into unchartered territory – and I pointed out last week that we could make an argument for S&P 4400.  With all of the good news essentially priced into the markets – we have to hope that we don’t get hit upside the head by a fly ball…..because if we do – then expect a swift negative reaction….Real support is at 3950…a 5.5% move lower from here….not a disaster but would be a bit uncomfortable while it happens – because there will be some big names that get slammed as investors raise cash….so get ready..

Remember – stay focused….do not get caught up in the hysteria of it all…. take the time to trim a bit in names that have clearly outperformed or if you do not want to do that – then just add money to those sectors or names that have underperformed….
Text INVEST to 21000 to get my digital business card – give me a call if you want to discuss what I can do for you.  You can now get a video version of this note on my IG (Instagram) feed – my handle is Kennyp1961 (https://www.instagram.com/kennyp1961/)
Take Good Care

Begin by seasoning the ribs with s&p and then sear them in the saucepan with a little bit of olive oil.  Let them get nice and seared on all side – maybe 15 mins…. Remove and add in the ground beef.  Season with s&p and brown up nicely.  When it is all browned – remove and set aside.  Now chop 4 cloves of garlic and add to the pan and sauté – do not burn.    Slice two large Vidalia onions, then chop and add to the pot.  Turn heat to med and allow the onions to get soft and delicious.

While that is happening – run your tomatoes thru the food processor or the blender to crush.  Add to the tomatoes.  Now add in 1 can of water.  Turn heat to high and bring to a boil Season with s&p, add fresh basil, pinch of sugar and the butter.  Once it boils – turn heat down to med low – add back in all the meat and stir.  Let simmer for 3 hrs….do not cover it – It will thicken up – but no worries – you can always add back some of the pasta water to thin it out if need be.

Next – remove the short ribs – cut the fatty piece of the back and then with two forks shred the rib meat and add back to the sauce…. OMG – so delicious.

Bring a pot of salted water to a raging boil and add in the pasta – Cook for 8 mins or until aldente.  Strain – reserving a mugful of water.  Now if the sauce is too thick – add a ladle or two of the pasta water to the sauce and stir.

Return the pasta to the pot and add back a bit of the pasta water to remoisten.  Do not drown.  Stir to let it suck up the water…Now add in 2 ladles of sauce.  Serve in warmed bowls with fresh grated Parmegiana cheese.    Outstanding.