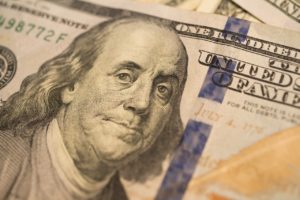 So, by now you heard – Stocks fell hard yesterday and appear to be falling again this morning…. while Lonnie Musk announces that Tesla will no longer be taking Bitcoin as payment for his cars – citing environmental concerns over how Bitcoin is mined and supported….and after that announcement Bitcoin lost 15% of its value – expect more people to opine on this development……

CPI surges up and through the estimates…and this is not good….m/m was +0.8%, Ex food and energy of +0.9%,  while y/y was +4.2%, ex food and energy of 3.0% – all reports slicing up and through the estimates….and it was used Autos accounting for more than 1/3 of the jump in prices,  food prices jumped 2.4%, while eating out in a restaurant rose by 3.8% and if you want to go somewhere – airline fares surged by 9.6%…..all this is suggesting that inflation is knocking on the door and it has a lot of suitcases suggesting that it may be moving in to stay for a while….if it was more transitory then it would have had an overnight bag…..so a couple of things happened on the way to the forum!

They had everyone and their brother & sister on TV yesterday trying to make sense of the report and the reaction…with many saying that this ‘shocking’ report was expected all along that Jay Powell had prepared the markets for the coming increase….so what is the big surprise?  They also tried something new as well…. since the comparison y/y was so strong (due to the collapse last year when they shut the world down) – some analysts are suggesting that you look at the CPI through a 2-year lens…. if you do that then the Core CPI only rose 2.2% and not the 4.2%, we saw yesterday…. What would it be if we looked back 5 yrs.? 10 yrs.?

As expected, – Jay Powell, Janet Yellen and other ‘key’ persons chose to stay mum yesterday, trying not to add to the anxious mood….……as some investors/traders and algo’s hit the sell button while other investors/traders and algo’s chose to hit the buy button – the only difference here is that the buyers were the ones in control – as the sellers looked for any interest at any price. So, while you will get some investors saying ‘Whew, I was lucky to get out!”, you’ll have other investors saying “Wow, what a deal I got – sellers were so anxious – leaving me an opportunity to pick my price”!   and so, it goes…it just depends on your perspective!

And like I said – Jay Powell said nothing…. and that was smart….because he has already said all we need to know…..he had prepared the markets for the coming spike in prices and so there was nothing more to say…..What happened yesterday is what he said was going to happen so move on…..You know – at some point, investors/traders and algo’s are going to have to figure it out….they have to stop demanding that the FED or anyone else for that matter answer any temper tantrum that happens….

I mean, what would all of these ‘traders’ have done back in the 80’s or 90’s when the FED NEVER said anything?  When they would open the door, step to the podium, make an announcement, close their binder and go back out the door….believe it or not – there was NEVER a press conference, there was never a chance to pin the FED chair down, the FED never gave you a valium and said come lie down on my couch and let’s discuss this….Oh no, no, no, no……the free markets responded freely and everyone had to make up their own mind about what would happen….Today – they want all the answers up front, they want to know exactly what the reaction will be beforehand so that ‘everyone gets a prize’…..it’s ludicrous….in fact – I would argue that is exactly part of the problem….in any event – the markets sold off hard…..as investors all wonder what the FED’s reaction will be in the next couple of months….

Now look – the Dow and S&P are just about to touch their 50 dma (hardly a reason to be panicky), while the Nasdaq and Russell have both pierced their 50 and 100 dma’s….leaving their 200 dma as the next level of support and that is causing some angst….…..All in-  the Dow & S&P are off 4%, the Nasdaq is down 6% while the Russell is down 9%…..so we are not even in correction territory yet…..the Russell may get there today, but the broader indexes are in fact well within the normal range.  Individual names tell a different story though, but it is exactly those names and excitement to ‘get in’ that helped to stretch overall market valuation – so a correction there will bring a correction to the broader market and that is a good thing….

Look – if you have all of your eggs in one basket – then that’s an issue for sure….and I guess you’ll figure it out when you look at your portfolio, but if you have a well balanced portfolio with exposure to a range of sectors and names, then you’ll be better protected – so talk to your advisor and make sure that your risk and your outlook lines up with the longer term view and make sure that your portfolio is well balanced.

And then after the bell – Lonnie Tweets out that TSLA is no longer accepting Bitcoin as payment for cars, because of environmental concerns…. which is laughable really because what about environmental concerns over mining for lithium, or other rare earths that help to power electric cars, phones, computers, etc.…. I mean – how do you make that argument without making it for everything that gets mined?  In any event Bitcoin plunged overnight by 15% trading as low as $46,000 and this morning it is trading at $50,000 as investors and traders try to figure it out…. what does this mean for adoption?  What does this mean as an investment, what does this mean for investors?

This morning – US futures are suggesting another down day…. Dow futures are off 235 pts, S&Ps are down 17 pts while the Nasdaq if off 50 pts and the Russell is down 14 pts.  All as traders and investors prepare for today’s PPI (producer price index) report…and expectations are running all over the place…. official estimates call for core PPI to be +0.3%, ex food and energy of +0.4% m/m while y/y Core PPI is expected to be +5.8%, ex food and energy of +3.8% and the issue now is – are these estimates correct?  Will we get an upside surprise in this metric today…and if we do – that suggests that producer prices at the input level are rising at a rapid pace setting us up for another upside surprise in next month’s CPI……only further adding to fuel to the inflation story which will demand that the FED begin to think about beginning to think about what is next for monetary policy…. December 2023?  Maybe not so much…. I am just sayin’

Bitcoin is trading at $50,000, Ethereum is at $3,700 and Doggy Coin is trading at .39 cts –
The S&P closed at 4063…. landing almost on its 50 dma support line at 4049….and this morning’s pre-market action suggests that we will test that on the opening trade, the question is will we hold support – and much of that depends on what we learn from today’s PPI report.

A strong PPI will certainly put even more pressure on all parts of the markets as investors continue to reprice the risk.  This is not the time to panic…it is the time to start to look at names that have re-priced and offer opportunities.   Look – this inflation story is not new…. anyone living in the US is and was aware of what prices are doing, no matter what the FED or the Administration tells us…While the FED has said they are willing to let inflation to run hot – someone at the FED will have to define exactly what that means – only because they are so intent on trying to control the conversation.  Any lack of definition will cause investors to think that the FED is behind the 8 ball rather than in front of it and that suggests that they will lose control of the conversation and more importantly inflation……. something they do not want to do…

Remember – we are in the broader trading channel of 3960/4400…anywhere in there is well within the normal trading band…..but 3960 is only 100 pts away….or 2.5% from where we are now…..a break there will immediately test intermediate support at 3932 and if that doesn’t hold then I would expect the temperature in the room to rise causing a bigger run for the exits…..so make up your mind- where are you in this story?  Is this decline an opportunity or is it the beginning of a much larger move lower?   And that is what makes a market…. the answer to that exact question….

Text INVEST to 21000 to get my digital business card – give me a call if you want to discuss what I can do for you.  You can now get a video version of this note on my YouTube Channel.  KennyPolcari.
Take Good Care

So in keeping with the theme today – how about an

Arrabiata Sauce –  this is a southern Italian tomato sauce that gets its kick from the crushed red pepper – in fact – Arrabiata means Angry…..you can use this sauce over pasta or even meats – today let’s eat

Bring a pot of salted water to a rolling boil –

In a large pot (or deep sauté pan) on med-hi – heat up olive oil and garlic…. sauté a bit – but do not burn – 3 mins or so…. now add sliced onion and sauté until soft – like 5 mins more.  Next – add 1/2 cup of red wine, 1/2 tblspn of sugar, fresh squeezed lemon juice (about 1 tblspn), oregano, bit of tomato paste, and a 28 oz can of kitchen ready crushed tomatoes (not in puree – just crushed tomatoes), crushed red pepper (or crushed chili pepper if you prefer) – bring to a boil and then reduce to simmer and cook for 15/20 mins….

Add the spaghetti to the boiling water and cook for 8 mins or until aldente – strain – reserving a mugful of the pasta water.  Return pasta to pot and add back about 1/4 cup of the pasta water to re-moisten.  Stir….Now add pasta directly into the sauté pan with the sauce – toss well – add a handful or two of grated parmegiana cheese and serve immediately in warmed bowls.  Enjoy with a nice bottle of Brunello di Montalcino.  Always have extra cheese on the table for your guests.