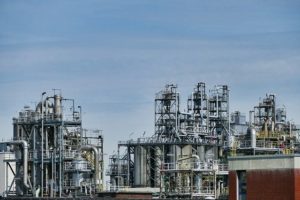 Good morning – It is Friday and futures are looking up again….in a follow through from the rally on Thursday after the drubbing markets had taken earlier in the week…. the rally on Thursday being credited to the drop in Initial Jobless Claims – (to which I would say – not a chance…).  Initial Jobless Claims did show a drop of 6k claims for the week – which is good, but last weeks was revised UP and Continuing Claims were up as well and that is not good…. Philly Fed was also weaker than the expected and that was not good….so, so much for the economic data driving the markets.

Let us be honest – the markets have experienced a fair amount of internal damage over the past couple of weeks – with some of the newest ‘big idea’ names coming under pressure – tech disruptor names, SPAC names, WFH names all under pressure – the Nasdaq and Russell both breaking KEY trendlines (both the 50 and 100 dma’s) while the Dow and S&P just breached their 50 dma’s as angst, nervousness and caution drove investor psyche.  Rising 10 yr. rates and rising mortgage rates causing the volatility index to surge while surging inflation suggests that the FED might have to reconsider its monetary policy stance sooner rather than later.  The recent weakness in crypto’s culminated in a sudden and swift collapse on Wednesday (for a variety of reasons) only raising the angst as some investors ran for the door while others backed up the truck….and more and more uncertainty over what new tax legislation is coming down the pike continues to leave investors trying to handicap all the outcomes.  And we have not even broached the subject of the virus and vaccinations…

So, was yesterday’s rally which was broad based really a result of an initial jobless claims report that showed a mere 6k fewer claims?  Most likely not…. Let us be clear – the rally yesterday and what looks like a continued rally this morning is much more the result of bargain hunting after investors have had a chance to consider and digest the most recent comments coming from the FED and the resulting analysis by so many street analysts about the rate of and pace of inflation and any resulting FED move.  We saw the 10 yr. treasury yield fall to 1.62% down from 1.66% and the VIX index decline by 7% as investors found bargains galore across the spectrum with Tech and Communications leading the way out…. the ARKK disruptor ETF gaining 3.5% as investors are finding value and opportunity in this beaten-up sector.

And Bitcoin?  Yeah – that had rallied right back to $40k on Wednesday night and then traded tight there all day yesterday…. Ethereum which also got smacked has rebounded somewhat but not as completely as Bitcoin.  Doggey coin getting a new push from Lonnie as he takes to the Twittersphere asking, ‘How much is that Doggey in the window?” – sending what was considered another cryptic message to his followers sending that ‘coin’ up 10 cts or so…. but 10 cts represented a 25% move….

European markets all higher as well except for the UK…. May Flash PMI’ for the Eurozone and for the UK are due out this morning at 10 am est.  UK retail sales jumped by 9.2% in April – and that was double the projected rate – suggesting that now that the UK is open for business – Consumers will go wild!  ECB President Christine Lagarde is due to hold a press conference at 7 am est (noon in the UK) following a meeting of the European finance ministers.  BioNTech says that their vaccine (developed with PFE) is more than likely equally effective against the new variant in India as it was with the variant found in South Africa.  At 5:15 am – the FTSE -0.25%, CAC 40 +0.36%, DAX +0.20%, EUROSTOXX +0.31%, SPAIN +0.36% and ITALY +0.50%.

Oil is up 42 cts at $62.40 – word that negotiations between Iran and the rest of the world over their 2015 nuclear deal have made progress – caused oil to come under some pressure as any deal over the nuclear ambitions would allow Iranian oil to return to the markets and that would raise supply – and that is part of the reason we have seen oil trade off from $66 to $62.50…..But let’s not get overly excited – Iran is NOT flooding the oil markets with millions of barrels….we are talking about 1 million more barrels a day by year end IF a nuclear deal is reached….In my opinion – hardly a reason to see oil collapse.  Global demand is still expected to surge…and oil prices are expected to pierce $70 by summer.

The S&P closed at 4159 after having tested KEY trendline support 3 times over the past week and holding……The action this morning suggests that we are cautiously moving higher as the angst seen over the past couple of weeks dissipates….Which now means we are back in the 4087/4230 trading range….and if he inflation/FED story calms down – don’t be surprised to see markets make a broad move higher….I am still in the camp that the volatility is NOT over so take advantage of any price moves to trim and rebalance into names that have underperformed. And do not allow crypto to be any more than a 3% – 5% position of your portfolio – unless of course you think you are in Vegas….

Text INVEST to 21000 to get my digital business card – give me a call if you want to discuss the markets or a plan.  You can now get a video version of this note on my YouTube Channel.  KennyPolcari.

This is a dish hails from the region of Campania – just south of Rome.  The capital of Campania is Naples….and it includes such famous sites as Pompeii & Herculaneum

The Romans called this “Campania Felix” which means Fertile Countryside.  It is one of the most important regions in Italy to produce Tomatoes, Eggplants, Beans, Peppers, Cherries, Figs, Apricots and Walnuts.

It is here where you will find comfort food – not difficult to make, yet hearty and filling and good for you.  It is rustic yet sophisticated.

In a separate bowl – crack an egg and beat it – add a splash of light cream. set aside.    Melt 1 stick of butter in microwave – set aside.

In a sauté pan – melt some butter with a bit of olive oil.  Sauté the onion until soft and translucent…now add the sausage meat – and brown.  Add a about 1/2 cup of chicken broth   Season with s&p.

Boil the pasta for 8 / 10 mins or until aldente – Strain in colander while always reserving a mugful of pasta water……return to pot – Now add the melted butter – stir, next add the sausage, and mix well…. now add the beaten egg/cream and mix vigorously so that the egg “cooks” in the hot pasta…. finish off with 2 handfuls of grated parmegiana cheese and toss.  If it feels dry – then add back a bit of the pasta water to re-moisten –   Serve immediately.