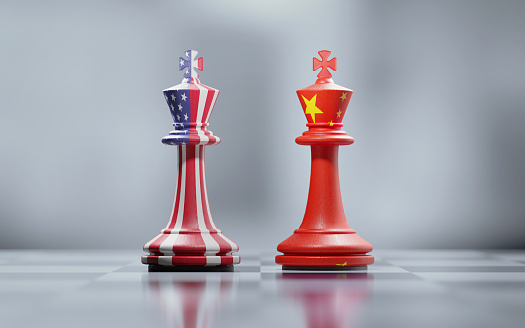 And the economic reports continue to come in strong fueling another advance ahead of today’s all-important NFP (Non-Farm Payroll) report adding excitement to the rotation into the stocks that are sure to benefit the most from a global reopening…It’s time to stop saying a US reopening and focus on the global recovery…because so many US stocks (think Dow, S&P and Nasdaq) that have multi-national exposure are experiencing a massive boost to the bottom line and the ones that are US centric (think Russell) – are also experiencing a boost to the their bottom line…In the end – everyone gets a trophy….! And that was clear by the end the day yesterday. The Dow added 139 pts or 0.38%, the S&P up 20 pts or 0.5% – taking us up and decisively through 4300 on the 3rd attempt – Nasdaq swung all over and at one point was significantly lower as money moved out of tech and into recovery before rebounding on renewed concerns over the Delta Covid variant – especially as we move into this long holiday weekend, ending the day up 18 pts or 0.13%, the Russell gained 17 pts or 0.74% while the Transports turned the corner and surged ahead by 200 pts or 1.3%.

US Manufacturing rose – as expected but the prices paid component rising even more hitting a 42 year high – suggesting that inflation may NOT be as transitory as the talking heads would have you believe – which is why I keep saying that the Bullard/Bostic mid-2022 comments are real, they are alive, and they are on the table.
Initial jobless claims fell in those states that that have stopped the additional benefits while it remains elevated in states that are paying the base plus ‘extra’ $300/wk. – suggesting that the extra benefit may in fact be one of the reasons that so many available jobs are going unfilled – leaving small businesses fighting to re-open and get going. In any event – the decline in initial jobless claims is good, but the sense is that it could be even better…. But let us not go there right now.

10 yr. Treasuries ended the day yielding 1.46% which is even lower than the day before – suggesting that the economic environment and robust recovery coupled with a still compassionate and accommodative FED is creating an environment that continues to fully support equities (as well as a number of other assets) – but let’s be honest here….if inflation becomes more than ‘transitory’ (which I along with many others believe it will be) then Jay is going to be having that Mid 2022 conversation by fall of this year….Let’s hope that is not the case- because if it is – then that means that both tapering and rate increases will happen at the same time and THAT my friends is a recipe for ‘disaster’…..Capisce?

And yesterday Jimmy B (St. Louis Fed President) was on tv again telling us that he THINKS the housing market ‘may be getting into a bubble and he doesn’t want the FED to be fueling the mania….’  Ok – when did Jimmy B become a comedian?  I mean that is the funniest thing I have heard in my whole lifetime…and that is 60 yrs.…. Is this guy kidding me?  He thinks the housing market ‘may be a bit over extended or may be in a bubble? ’……I just spit my whole coffee up all over my keyboard!  He should be on America’s got talent!

And then there is always politics……and while it usually does nothing in terms of long-term pricing, it can disrupt short term thinking….and now Joey has his hands full with his ‘good friend’ Xi Xi – China’s main man…. after Xi Xi took to the local stage in Beijing as the Chinese celebrate 100 years of communism saying that

“Only socialism can save China, and only socialism with Chinese characteristics (think communism) can develop China.  We will never allow anyone to bully, oppress or subjugate China. Anyone who dares try to do that will have their heads bashed bloody against the Great Wall of Steel forged by over 1.4 billion Chinese people.”  Hmmmm…. sounds like this 68 yr. old is on hormone replacement therapy.

He also said in no uncertain terms that ‘China maintains an unshakeable commitment to unification with Taiwan’ confirming that Beijing views this island as Chinese while everyone else views it as an independent nation….…. but in any event – Xi Xi has now drawn a clear line in the sand – I just wonder who in the administration realizes that?

And then – the boys from Sherwood Forest (think Robinhood) revealed that they have filed for an IPO and have chosen Nasdaq as their venue of choice using HOOD as their ticker symbol. (Maybe they should consider HOODWINKED) They are making the unusual decision to set aside 35% of the deal for individual investors – part of a strategy to bring the IPO process to the masses in what is being viewed by some as a desperate attempt to kiss regulators backside and make nice while others view it as ‘democratization’ of opportunity…. Either way – it is what it is, and it will be interesting to see what value the market places on it especially because of all the hype…. And this one day after announcing that they just paid $70 million to clean up the mess they created months ago.  Oh boy…. this MUST be the top of the market!

And what happened ‘virtually in Vienna’?  Well, apparently members of OPEC + got into a ‘tiff’.  The UAE – United Arab Emirates are objecting to any increase in production and supply because they are not convinced of a global robust recovery and that delayed the formal decision of what to do about surging demand from the developed industrialized world.  And I say that because demand from this demographic is increasing almost exponentially, while demand from the developing world remains less than robust. In addition – we always have the Iran issue as well and whether the US and other countries will re-engage with them to negotiate the Obama era nuclear ambitions deal.

In any event – crude oil rose more than 2% closing at $75.23/barrel and going higher…so brace yourself…Word is that we can expect 500k more barrels/day beginning in August and maybe more as we move into next year…. leaving the brain trust at Goldman to say that ‘it’s not enough to keep prices down’!  Recall – Goldman has a $100 target on oil….and as you might expect the energy ETF – XLE led the surge – gaining 1.75%.  I hope you have owned the XLE as a broad way to play this or at least a couple of individual names like XOM, CVX, SLB, EOG, PXD, KMI….

This morning – on the final trading day of the week and before the long weekend – we have futures up again………. just a bit…. Dow futures up 10 pts, S&P’s up 2, Nasdaq is +21 and the Russell is flat.   Eco data today is all about Non-Farm Payrolls – expectations of 720k new jobs to be created, but the whisper number says brace yourself for a beat.  Unemployment to go to 5.6%, and Average Hourly Earnings y/y to be up 3.6% while m/m numbers are for earnings to be up 0.3%. These are both important and significant numbers. Factory orders and Durable goods will come out at 10 am and we expect +1.6% and +2.3% respectively.

European markets are also attempting to move up but remain patient as they too await the US data.  Eurozone producer prices defined by what they call Factory Gate Prices – which is the price of the product available at the factory rose by 1.3% m/m and 9.6% y/y.  In addition – you may have heard that 130 countries have pledged their support for the US proposal of a global 15% corporate minimum tax – which is sure to cause lots of conversations amongst the paparazzi.  Janet Yellen and many Democrats came out and praised the move while Republicans naturally oppose it. It will be interesting to see what all those international legislative bodies really think when it is time to vote.

The S&P closed at 4,319 – deep into the next century mark….recall that we began the year at 3756 – and have advanced through 6 century marks leaving us at another all-time high…and we have 6 months to go….and the funny thing is – should we get hit by some ‘black swan event’ (think mid-2022 rate hikes) we could easily revisit 3756 again…..but let’s assume that does not happen, let’s remain positive…..and as you know by now….the smart money is betting on an even better second half vs. the first half.  All the talk of whether you should be in or get out is non-sense – you should always be in….and you can always buy yourself protection on the downside if you are getting anxious…. It is good planning and does not suggest a weak hand at all.

This is so simple to make and delicious to eat…. Trust me – you will not have any leftovers….

Mix all the ingredients – then take ½ c and set aside.  Use the rest for the marinade.
Using a ziplock bag, add the wings and then pour in the marinade….zip it shut and toss to coat the wings.  Now place in the fridge overnight.

Now, the next day, take them out of the fridge and let them come to room temp.
Preheat the oven to 400 degrees.

Put the wings in a large enough pan so that they are not crowded.  Bake for 20 mins…. Now remove and use the reserved marinade to baste the chicken.  Put back in the oven for another 20 mins or so.  You want the wings to be that nice golden-brown color.  Serve them just like this or you can serve them with ranch or blue cheese dressing.  Either way – you will not go wrong.