China Not Happy with DIDI; FOMC to Reveal at 2 pm – Try the Shrimp Scampi 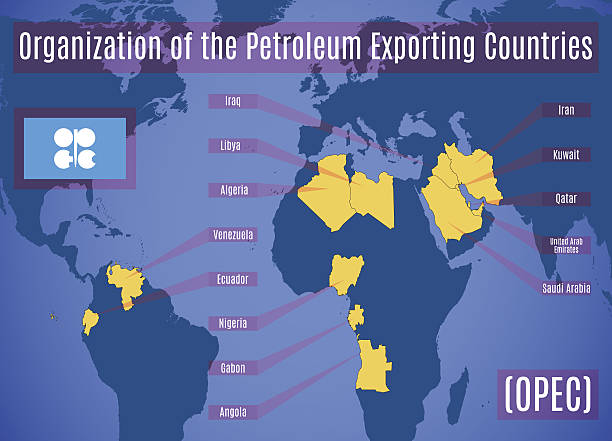 Stocks went down (careful not to use inflammatory words here – like plunge, or sink, or crash – because none of that happened…)  on Tuesday as investors worry about a coming peak and eventual correction.  (OMG – really?)

China coming down hard on DIDI (China’s version of UBER that only went public last Thursday) – ordering its removal from the app store over privacy concerns and sharing of Chinese data with anyone outside of the communist gov’t. This morning they also removed it from WeChat and Alipay.  The stock is down another 4% on this news…. DIDI fell 21.4% yesterday on this news…. MSA Capital’s @benharburg tells us that the Chinese gov’t is only protecting and respecting the privacy rights of their citizens…to which I have to say – ‘Dude – Are you kidding?  Is that really what you think the Chinese gov’t is doing?’  Oh, right – they are into privacy and personal freedom’s – (not that the US is any better) ….’  Either way – understand the risks of investing in anything Chinese…that is all…. not saying do not just saying make sure you understand…

And then we got a weaker than expected ISM Services PMI report that sent traders and the algo’s into a tizzy….as analysts and talking heads tried to make sense of it…. (And weaker is a stretch…)

Now remember what I said yesterday, we are a 75% services economy so services PMIs are very important – especially when the markets are a bit ‘extended’ and ‘frothy’……so any sense that the report disappoints and misses expectations will produce an overreaction for sure…and yesterday we got hit with two different reports concerning PMI’s.  Markit’s version which came in at 64.6 (bullish and in line) and then we got ISM’s version which came in at 60.1 (also bullish) but not in line with the expectation of 63.5…and this gave many a reason to say.

“Hmmm, let me take a little off the top because while that read is solidly in expansion territory – it is ‘weaker’ than the lofty expectation and that could mean that the economy is getting weaker.”

And if the economy is getting weaker with zero rates and a massively accommodative FED – then Houston – We have really got a problem….

And before you knew it – the whole place went to hell in a handbag.  The 10 yr treasury yield plunged to 1.34% (as money moved out of stocks into the ‘safety trade’).  The VIX shot up 20% causing the sell algo’s to get aggressive causing the buy algo’s to retreat – leaving a void in the order books….and stocks fell hard –   The Dow falling 421 pts, the S&P giving up 37 pts, the Nasdaq losing 97, the Russell gave back 55 pts and the Transports lost 287 pts – and this all before you finished your breakfast!  By the end of the day – the indexes did manage to rally back a bit – the Dow only down 205 pts or 0.6%, the S&P down 8 pts or 0.2%, The Russell off by 31 pts or 1.4%, the Transports down 151 pts or 1% while the Nasdaq bucked the trend and ended the day in positive territory up 24 pts or 0.2%.  (This as a weaker economy surely means rates will not rise anytime soon and this will be good for the sexy growth sectors…)

Look – the truth is that investors thought that 10 yr yields would hold at about 1.40% and when they didn’t it created a sense of anxiety so when they failed to hold it began to build on itself…, the VIX shot higher raising the temperature in the room, which caused algorithmic selling in stocks which begets more selling – and stocks weaken, while buying in treasuries begets more buying….prices go up and yields come down….It is not rocket science by any stretch, it is just math.  And while the risk appetite has been strong of late – yesterday it was still celebrating the long weekend….and took the day off….

The dollar index continued to move up and is now trading at 92.548 – up more than 3% off the June lows – trading well above all 3 trendlines and as you know – a stronger dollar does put some pressure on the commodity complex  (because commodities are priced in dollars)– and while OPEC+ was unable to come to an agreement and oil was higher in the early morning hours – the angst in the broader market coupled with the stronger dollar, coupled with the recent strength in oil did give oil traders a reason to also hit the sell button and book some profits….and this sent oil down more than 2% leaving it to end the day at $73.65/barrel.

But today is a different story……investors have had a chance to reconsider the knew jerk reaction yesterday to the headlines that caused the angst….US futures are up, European markets are higher, Oil is trading up 1.6% retaking the $74 handle while the dollar churns….and the VIX backs off 1.9%.  10 yr treasury yields remain at 1.34% with lots of chatter about why the sudden angst in the bond market ….

The FOMC minutes which are to be released today at 2 pm….is expected to be ‘dovish’ vs. the ‘hawkish’ commentary we have heard lately….expect Jay to say that the FED continues to look for progress in the labor market while reminding us that inflation is nothing but transitory….any idea that the FED is slowing its bond buying program will be put to rest for now…because once they announce that they will begin to taper the $120 billion / month in treasury and mortgage bond purchases that will also signal that a move in interest rates is not far behind.  It is the same story – nothing here has changed and if Jay Powell is successful – he will continue to convince everyone that we are the ones that do not understand that inflation is a non-event…. So, everyone just settles down…. But remember – the dot plot last month did reveal that there are some FED officials that expect a rate rise in mid- 2022…. just sayin’

Eco data today also includes: Mortgage Applications due at 7 am,  the JOLTS Job Openings survey, due at 10 am,  which is expected to reveal that there are MORE than 9.3 million jobs available….yet people can’t seem to find any work….and if they stay on the gov’t dole – they will collect at the rate of nearly $32k/yr and if both people are collecting – that equals $64/k yr – add in the other benefits like food stamps and you are approaching ~$70k+ /yr….Not passing judgement, just pointing out the facts. And then at 2 pm – we will get the FOMC minutes….

So, I would expect the market to churn until then……

In Europe – markets there are higher…not significantly, but they are in the green…there is not eco data today out of Europe, so investors are just treading water waiting on the FED.…. Basic resources are the clear winner this morning up more than 1.7%.

The S&P closed at 4,343 – testing a low of 4314 and a high of 4356……I think that once the FOMC minutes are released – the markets will move on and begin to prepare for the start of earnings season….the jury is split….half the street is in Jay’s camp while the other half is in the other camp……Which camp you are in will determine how you set yourself up…. – the plan should be broad based without making too big of a bet in either direction….and concentrate on the end goal.

This takes all of 20 mins to prepare and serve….an easy dish that appears harder than it is….

Bring a pot of salted water to a rolling boil ….

In a sauté pan – melt butter and add a splash of olive oil, add crushed/sliced garlic and sliced onion……and sauté for about 10 mins……. keep heat on med so that you do not burn the butter, garlic, or onions…

Now add the linguine to the boiling water…. stir…

Next add the shrimp, s&p, and sauté quickly until nice and pink on both sides…no more than 5 mins……

Now add juice of one lemon, complement with some white wine…about 1/4 cup…in pan – and a glass for you – turn heat up to high and let the wine steam away…no more than 2 mins……strain pasta – reserving a mugful of water – add pasta to sauté pan and a handful of fresh grated parmigiana cheese…. – mix and serve…. You may need to add back a bit of the pasta water to keep moist -as the pasta sucks up the juice….  Serve in warmed bowls with fresh grated cheese at the table.