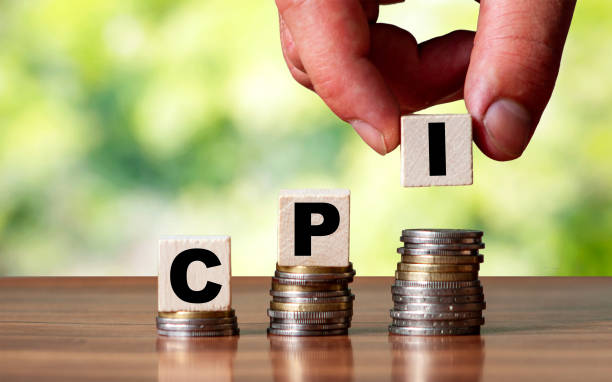 And we are off…JPM beats by 20%, GS beats by 50%, PEP beats by 12%, CAG beats by 5%….  and that is all good…. (Even though that was the expectation…) Even the CPI joined in the fun…. beating the estimate by a whopping 50%!!!  The ‘best’ performance since 2008…… (and yes, that is a sarcastic comment).   And that is not good at all…. all while Jay Powell continues to tell us not to worry, it is transitory….in fact – some analyst (forgot his name) on TV yesterday morning told us that he defines transitory in this case as about 18 more months…. that is a year and half….and that is transitory….  Is that how we define it?

In another twist -San Francisco’s Fed President Mary Daly jumped into the fray – telling us that she is in the ‘transitory’ camp and that she also thinks that tapering (slowing asset purchases) of the FED stimulus program could begin as early as late 2021 or very early 2022….and as is typical of so many officials – she did not put a date on it but did say that the time is ‘drawing near’.  Unlike her colleagues – Bullard and Bostic – she refrained from suggesting that interest rates should move in mid-2022.     Now remember – the FED has resisted calls to pull back on its QE (Quantitative Easing) program even as so many ‘big names’ are warning that the FED is allowing the US economy to run too hot which will surely risk more permanent inflation.  (Just fyi – I’m one of those ‘big names!  LOL).

The broader indexes remained mostly mixed during the day, but all moved into the red in the later afternoon after investors/traders and algo’s had a chance to really consider what the ‘hot’ CPI report suggested, and the sense is that it is suggesting more permanent inflationary pressure….  …..by the end of the day,  the Dow gave back 107 pts, the S&P lost 15 pts, the Nasdaq gave up 56 pts and the Russell once again got punished….falling 43 pts or 1.8%.

Investors and traders bailed on BA which fell 4.2% took 66 pts out of the Dow after they discovered ‘flaws’ in some of the new 787 Dreamliners, causing them to cut production and delay delivery, GS and JPM were next both falling 1.2% and 1.4% respectively after their ‘blowout numbers were reported’ (this should not have been a surprise at all….)   took an additional 45 pts off the Dow…. all while investors moved into V, MSFT, UNH and AAPL…all up adding 78 pts to the Dow suggesting that investors continue to support the theme…. big tech, credit, and healthcare.

The 10 yr.  treasury which had no reaction in the morning did fall in the afternoon sending the yield up from  1.33% to 1.402% and that is what pushed stocks lower in the late afternoon.  Now the lack of a move in the morning suggested that the bond market is less worried about inflation and more worried about a slowing economy…. which is illogical in my opinion.   There is nothing in the data that suggests a slowing economy at all…. have you been out in the world lately?  Have you seen anything slowing down?  Does it look like we are in for a recession?  Hardly.  Word on the street is that the next recession is still ‘years away’.

And today brings us earnings in a bunch of other ‘big’ names – so get ready to hear from PNC, BAC, DAL, BLK, C, WFC and a handful of others…. also expect to hear them ‘beat’ on both the top and bottom lines…. Yesterday – 100% of the reports were beats and while the odds suggest someone has to ‘miss’ – will we see that today?  Or have analysts around the street assured us of ‘positive’ reports by being cautious on estimates – not wanting to ‘make any waves.’ – and if this remains – it will only continue to reiterate the story that earnings are strong and robust.

Remember that the PPI is all about prices for raw goods and services at the producer level – and it is here that seeds are sowed for higher consumer prices in the in the months ahead – because if producers pay more to manufacture or provide the product then expect them to pass that along to us….…. (Assume a 2 – 3-month lag time).  So, all eyes will be keenly focused on this macro data point.  In addition – we have Jay Powell up on Capitol Hill today and tomorrow to provide his semi-annual insight to elected officials and at 2 pm we get the FED’s Beige Book – which is a report published 8 times per year that details current economic conditions across the 12 FED regions.  (Boston, NY, Philly, Cleveland, Richmond, Atlanta, Chicago, St. Louis, Minneapolis, Kansas City, Dallas, and San Francisco).

US futures are churning, and companies are passing along higher prices across a range of products in spades…. but, not to worry, that is not important.   The Dow is off 10 pts while the S&P is up 3, the Nasdaq up 55 and the Russell up 3.

European markets are all lower after yesterday’s CPI report and in anticipation of today’s PPI report.  In the UK – inflation rose more than expected – at +0.5% vs. the expectation of +0.2%.  Eurozone industrial production is also due out later today.  At 6:15 – all those markets are lower by about 0.25%.

I remain cautious in the weeks ahead…. due to earnings surprises and rising inflationary pressures…. August will typically be a quiet month and then we have the usual seasonal weakness in September/October.  In addition – we will see record treasury issuance and that will most likely force rates up as prices come under pressure as the treasury tries to find buyers. (And there are always buyers at lower levels).  Breadth in the markets continues to weaken as we approach new highs and that should be concerning from a broader perspective.  Now all this just means to expect volatility in the weeks ahead, it does not mean blow out of your portfolio at all…. I am making my list; I continue to put new money to work, and I continue to tweak the money that is already invested if I go out of balance.

Stuffed chicken is so versatile – as you can stuff it and roll it with anything you like, and it always comes out great.  Today – try this one….

Lay the cutlets out flat on wax paper and lightly season with salt and pepper.  Place a slice of the ham and then a slice of provolone cheese –
Starting at one end, tightly roll the cutlets – pinch it tight with a toothpick.

Now – In a large, heavy bottom skillet, add some olive oil and a dollop of butter over med high heat and add the sliced garlic.  Sauté for about 3 mins – now add the chicken and brown on all sides, about 5 – 8 minutes.  Remove.

Next – Add equal parts of chicken broth and wine and bring to a boil.   (Usually, a cup of each will do for 8 cutlets).  Reduce to simmer and allow to reduce by half.