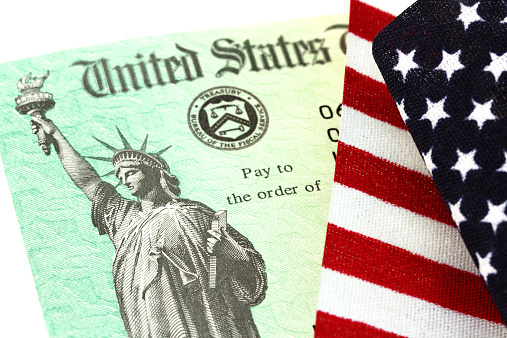 ADP employment reports misses badly – July jobs came in at 330k – that was 47% below the expectation of 690k…’bottlenecks in hiring’ being cited as the reason for the loss – those bottlenecks include the concern over the virus, childcare, skills deficit, and the very generous unemployment benefits.  When that news hit the tape at 8:15 am – futures which had been hovering around the flat line – suddenly took a left turn and surged lower…..by the time the opening bell rang futures were now solidly lower…..and the day began…..the broad market weakened and the tone of the day was clearly negative……suddenly it was the virus, it was demand destruction in oil, it speculation about what the FED was going to do…it was the flight to safety, it was all the usual suspects.

And then to make the fire burn hotter – the US treasury hinted that they ‘may slow bond sales this fall (I think the word was ‘cut’) and then we had FED Vice Chair Richie Clarida come out and say that the FED was on track to begin interest rates HIKES in 2023 and that he also expects that Jay Powell will be forced to announce the beginning of the tapering later this year…..and BOOOOOMMMM – the market pushed lower again….

In a show of  defiance though,  the Wall St Bets boys were busy stirring the pot taking HOOD higher in the pre-mkt and even higher during the regular market hours – setting off a chain of volatility halts as the trading became erratic….The reddit boys fueling the flames that sent the stock up nearly 81% to $85 at one point….giving it a market value of more than $70 billion (vs. the $32 billion it was worth only 6 days ago)…in fact it was worth more than 2 X the exchange it is traded on….(NDAQ market cap is $31 billion)….and lunacy continues….

Now a couple of things are going on…. first – there is not a big float – only 50 million share outstanding so that’s one issue and two was that yesterday was the first day that you could buy options on HOOD…and the reddit boys wasted no time in playing in that space. Remember – options allow traders to buy exposure to the stock for very little down in exchange for potentially explosive returns – if they are correct and if not – then they can lose a handsome sum as well.

So, HOOD has now become a meme stock of its own –so sit back and watch the show.  Goldman should announce that HOOD is doing a secondary offering – taking advantage of its new valuation!   Look, if all of these ‘investors’ think that is what the stock is worth – they should have no issue in paying UP for more shares! In fact – at 6:45 am – news hit the tape that HOOD is now looking to sell some 90 million additional shares ‘over time’ – none of which is going to the company, all of which is going to the early venture guys that want out (as they see the stupidity in this – the question now is, when will they be able to get out?)  The stock is now quoted down $10 or 14% and the sun hasn’t even risen yet….

The 10 yr. treasury ended the day yielding 1.19%, as money flowed into the bond market (think safety trade) and this morning it is yielding 1.17%.   The VIX ended the day confused…. first rising by nearly 6% by 10 am and then giving it all back to end the day down 7.6% – which doesn’t make complete sense – since stocks fell…. but I must ask – does anything make sense?  This morning the VIX is trading down another 1.5%.    Oil traded down sharply – falling 3.6% or $2.54 to end the day at $67.98/barrel as the negative tone about demand destruction took root…Add that to the ‘failing recovery story’ and the taper/rate rise conversation and you can see why the markets fell….but there is a silver lining…because this morning they are taking it back up….because that was then, this is now….

US futures are higher this morning…not big, but you can feel it…Dow futures are up 66 pts, the S&Ps are up 15 pts, the Nasdaq up 40 pts and the Russell is up 5 pts.    Eco data today includes Initial Jobless Claims – expectations of 383k is now in question based on yesterday’s ADP employment report.  Continuing Claims of 3.255 million.  And then tomorrow will be all important Non-Farm Payroll report and after yesterday’s weaker ADP report and today’s jobless claims report – we may get a better sense of what tomorrow’s NFP report will be.

Earnings after the bell yesterday included:  WYNN, ROKU, UBER, ETSY, MRO & MGM, and all beat…and that is helping the tone this morning.  Today’s earnings include: VST, AHCO, REGN, MRNA and more.

MRNA announces and beats (duh) and they also announce that their vaccine has very strong duration effects…. over 6 months – the vaccine remains in the low 90% range of effectiveness.  Although, he is making a case for the 3rd dose (booster shots) of course he is……. think of the money….

The S&P closed at 4,402 – and if futures remain higher than it looks like we will test the highs of 4422 once again.  Recall that yesterday I defined 4455 as a possible trendline resistance level……and while I am not suggesting we are going there, it is a level that you should be aware of.  On the downside – we have the 50 dma trendline at 4293.

This is simple yet delicious…. I mean – it takes only 10 mins to make….as long as it takes to boil the pasta.

Bring a pot of salted water to a boil – add the pasta.

In a large sauté pan – slowly melt two sticks of  butter on med low heat…..once melted add in fresh squeezed lemon juice – stirring as you add…..now – taste as you go…you do not want it to be all lemon – just enough of a hint so that you know it’s there.

In a separate pan – toast the sesame seeds – do not BURN – just toss and toast – now set aside.

Once the pasta is done – strain (reserve a mugful of water) and add to the butter/lemon sauce.  Toss to coat.  Now add in 2 handful of grated Pecorino Romano cheese and the toasted sesame seeds – toss and serve immediately…. It is a great summer dish – Simple