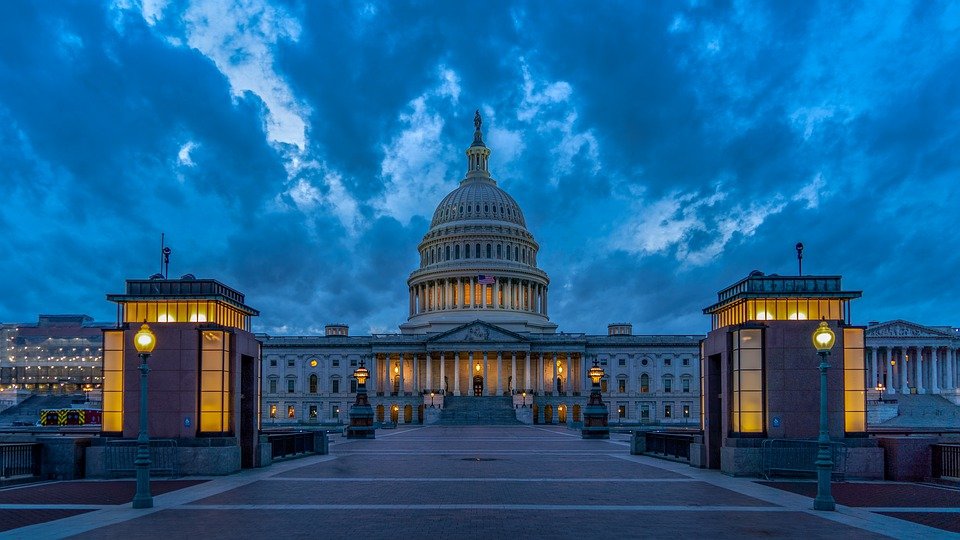 Stocks ‘drifted’ higher (again) on Friday….as the media tells us it is because of better than expected earnings from both Disney and Tyson Foods….adding to the ‘blockbuster round of earnings’ that we have seen this quarter….as of Friday – 86% of the S&P 500 companies have beaten across all metrics (well ahead of the usual 75%)  – top line, bottom line, various revenue lines and forward guidance tells us to expect increasing margins going forward -which means two things.  First there are no sales, so you are paying full price for everything and two – companies are raising prices to combat the ‘transitory inflation’. You see – in an inflationary environment – margins can only increase if prices increase (so you either pay full price – or they raise prices and discount back to full price to give you the impression that you are getting a buy)…. It’s not a difficult concept.  And we have seen plenty of headlines suggesting just that…. Consumer staple stocks at the top of the list, which is why they are a good buy in an inflationary environment….and while the XLP ETF is up only 7.5% ytd – expect that sector to play catch-up with the broader market.

As stocks drifted higher both the Dow and S&P managed to make new highs, rising 15 pts and 7 pts respectively, the Nasdaq did not make a new high but did rise 6 pts, while the Russell choked a bit losing 21 pts.  The Transports rose 27 pts, remain 7% below their May high and are struggling right at the convergence of both the short term and intermediate term trendlines – the action this week may be telling about what investors think of this ongoing recovery…. A failure of the Transports to push up and thru will send a caution flag up suggesting investors should be a bit more patient.

Eco data on Friday – did nothing to drive the conversation at all.  The 10 Yr. treasury rose – sending the yield falling to end the day at 1.268%, while the Dollar Index fell 51 cts to end the day at 92.523 – still above trendline support at 92.12.   Gold recovered a bit after the beating it took on Monday – after failing to hold trendline support at $1,807 – trading as low as $1,677 before recovering a bit to end the week at $1,778. All this as the calendar approaches all important – Jackson Hole Summit – where it is expected that Fed Chair Jay Powell will have something to say.

– Dow Jones ran with a headline at 5:45 am….  FED OFFICIALS WEIGH ENDING ASSET BUYS BY MID-2022.  See how this works……they keep pushing out headlines to test investor reaction…. Now look – what the FED needs to do is make investors realize that tapering does NOT necessarily mean rate hikes…they are two separate and distinct events, and the FED must make that clear if they want to avoid a tantrum right now.

The pressure is mounting on the FED chair to do something….both Boston’s Rosengren and Dallas’s Kaplan are calling for a move on either September or October, (which would add to the seasonal volatility/weakness) while some of the others are still pushing for a November/December move…and this all while Fed Chair Powell tells us that it is not time just yet…while we are making progress, we are just not there yet…and this is the wild card…..Will Jay be able to hold the line, or will he be forced to confront reality…the reality of a tight labor market, rising wages, rising inflationary pressures and the need to stop supporting an overheating economy that is dislocating prices for so many assets.  Will he acknowledge that we do NOT need to continue supporting the housing market by supporting the mortgage market to the tune of $40 billion /month?  No one is saying full stop at all, they are just saying isn’t it time to take your foot off the gas?  (at least a little?)

Next up – we have to acknowledge what is happening in Afghanistan….

Taliban takes Afghanistan – creating another storm on the horizon…. a storm that will not in the long-term price stocks…. but could in the short term create opportunities….

Over the weekend the world watched in horror as Afghanistan fell like a ton of bricks, the Taliban now in complete control of the country (again).  Americans and the world waiting for Joey to say something, but instead he remained mum – holed up at Camp David, sending out Secretary of State Tony Blinken instead, who looked like a deer in the headlights on all the Sunday morning talk shows as he tried defending the administration’s decision to pull out the troops.  Funny, but the MSM tried to spin the story that it was Trump’s fault, and that Joey had no choice…. Really?  Stop with the foolishness….and stop with the ‘I inherited this’…Guess what – every President ‘inherits’ everything from the prior administration (and prior administrations).    You go in with your eyes open, you know what you are getting yourself into……. This happened on his watch and will be written in the history books as such, unless of course it gets cancelled.

This morning US futures are weaker as the ‘storms brew’ – but not as weak as I might have expected….pictures of the Taliban taking over the Presidential palace in Kabul along with chaotic scenes at the airport as Afghans and foreign nationals attempt to flee the country will be seared into your memory, the way so many other historical events of the 20th and 21st centuries are…..….this morning at 5 am – the Dow is down 112 pts, the S&P off 14 pts, the Nasdaq down 37 pts and the Russell down 15 pts.

Next up – Nancy Pelosi is still tying the $3.5 trillion spending program to the $1 trill infrastructure program putting even more pressure on Joey and elected officials. The progressive left warning that if they don’t get their way – they will disrupt everything….

Eco data today includes Empire Manufacturing of 28.5, Mortgage delinquencies and Foreclosures – none of which will have a material impact on the action.  Later in the week – we get Retail Sales m/m, and sales Ex autos and gas, Industrial Production, Capacity Utilization, Building Permits, Housing Starts, the July FOMC minutes and more.  Now the July mins will be important because they come out exactly one week before the Jackson Hole event…so expect many to be trying to read between the lines and predict or speculate about what Fed Chair Powell is going to say.  The choices appear to be – will the taper start in September, or will it start in December?

Asian markets started the week in negative territory – as the headlines there scream that their recovery is stalling…. July retail sales, Industrial Production and Fixed Asset Investment all missed their estimated forecasts…. all while the gov’t warned of an ‘economic recovery is still unstable and uneven’. And while the Taliban and the US may have ongoing issues – the media reports that President Xi Xi has already extended an olive branch to the new leadership- setting up the next chapter in that ongoing drama…. European markets also begin the day weaker as investors there monitor the ongoing political drama.  In addition, they are also reacting to the China headlines and the ongoing delta variant.  At 6 am – we see European markets all down about 0.75% across the board.

Oil – is churning at $67.54-  down 90 cts as investors digest all of the news over the weekend along with the rising delta story and how it will destroy demand…blah, blah, blah…..Intermediate term trendline is at $66.92 and this will be the level in fairly short order if they can convince investors that the global recovery is stalling. Sit tight.

The S&P ended the day at 4468 – on it’s high for the day…..You can draw a trendline to support whatever story you want to tell….it’s all a guess anyway….since we are in virgin territory…..You know that many year-end targets are consolidating around 4700 – which would be up another 5% from here, bringing the total 2021 return for the S&P to better than 23%….but those are targets…..and so much can happen between now and then.

You know how I feel, I am expecting a pullback of 7 – 10% over the next couple of months and then a renewed rally into year-end…

There is now building support for Jay to announce a plan in August to begin sometime in the fall….and end it sometime in mid-2022…My how the story changes…. First, it’s nothing to see here, move on and then it’s OMG, we must begin now and have it completed in 8 months….so get ready for some volatility ahead.
Remember – Stick to the plan…. don’t rush, if you are a long-term investor building a portfolio, you are not missing anything…. investing is dynamic, not static…. talk to your advisor.

Heat olive oil in a pot…add crushed garlic and one diced onion (Vidalia if you can get it).  Sauté until soft and sweet, next add the sausage meat – which you have removed from the casing – sauté until brown.  Next add 2 cups of dry white wine and let the alcohol burn off…. open 28 oz can of plum tomatoes and rough crush – so that it is a bit lumpy. Bring to a boil and then immediately turn to simmer.  Stir   Don’t go too far because you will need to stir again.  Let it simmer for 30 mins….Season with s&p.

Now add 1 cup + a little more of heavy cream (you can use lite cream if you prefer – but heavy cream gives it a richer taste).  Let simmer until thickens…only about 5 – 10 mins….

In a separate pot bring salted water to a boil and add pasta – You can use any type of pasta you like – typically a short pasta is better vs. a spaghetti or linguine for this dish.  Today I am using Rigatoni –

Cook until aldente – 8 / 10 mins…strain – reserving a mugful of the pasta water…. Add the pasta directly into the sauce and stir – making sure to coat well.  Add a handful or two of parmigiana cheese and mix.  If it looks like it needs some more liquid -add a bit of the pasta water to moisten.  Serve immediately – offering more grated cheese to your guests.  –