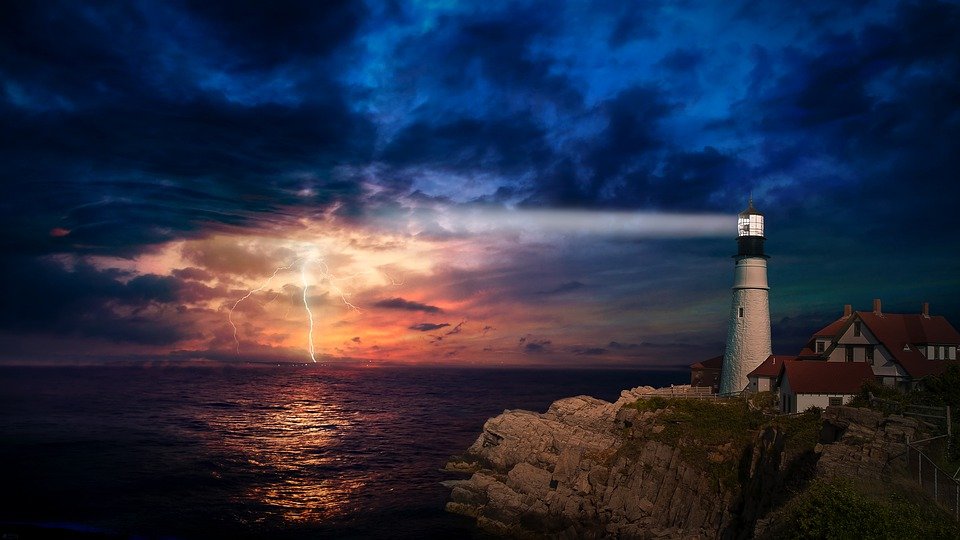 Well, well, well – so investors survived the week that featured the release of the July FED minutes with just a little black and blue, yet the bigger punch could come this week – when the Jackson Hole/Kansas City Fed boondoggle begins on Thursday and ends on Saturday.  And while the boondoggle is now being held virtually – the result will be the same, or will it?

Fed Chair Powell, whether in person or on a zoom camera will have to deliver his ‘State of the Economy’ speech – where it is expected that he will reveal just a bit more about what the intentions are for monetary policy going forward…and while we all learned last week – that the desire from a majority of members on the FOMC (Federal Open Market Committee) is to pull the trigger and begin the process of pulling back on stimulation…..the question remains – When, exactly is that?

Look, there are a range of ideas within the walls of the FED – and investors are waiting patiently for the outcome.  Jay has been very coy about it…. acknowledging that we are approaching the time to taper yet, he is not committing with any specificity about when that may happen.  Is it a September/October event or a November/December event?  Well, that depends on what the FED thinks about the damage the delta variant might inflict.  And that managed to keep markets teetering on the edge…. with investors wanting to be all in on the one hand but wanting to be near the door on the other hand – just in case someone yells FIRE!

Now I am still thinking it is a November/December event – but there are some that are pushing for a September/October event – timing which I think would send stocks tumbling…. not because we don’t expect the tapering to begin, but because September/October is earlier than the markets and investors had been modeling for.  In addition, it is – as discussed – a seasonally weak time of the year, so creating a change in monetary policy at this time would not be the best decision – but hey – what do I know?  I guess you could always argue that this has been on the table for months now, so either way it should not be a surprise.  And in the end that is exactly what the FED is hoping for – No surprise.

There are so many other things to toss into the basket besides the taper conversation…..There is the disaster in Afghanistan, and while that event will not price stocks in the long run or have an economic impact on our economy, it will most likely cause the $1 trillion and the $3.5 trillion stimulus packages to run into some headwinds and THAT will have an impact on the economic models that many investment managers are using.  Because without the massive spend, then all the programs that the Dems want are now called into question and so analysts will have to re-model company earnings projections, economic growth projections etc. to reflect this possibility.  In addition – we have seen some of the latest economic data begin to show signs of stress – Housing Starts and Retails Sales …just the latest…. while the delta variant continues to wreak havoc around the globe.

On the other hand –

Inflation concerns continue to rise – with the latest PPI and CPI reports suggesting it is more than just transitory.  Yet – the 10 yr. treasury yield remains well below the February/March highs of 1.8% – suggesting just the opposite – so confusion reigns supreme.
Then we have seen Industrial Production improving, initial jobless claims, continuing claims and unemployment falling and that is positive….so you see, it aint’ so black and white – thus the varied calls to action.

And those varied calls are exactly what investors are watching…to gain the upper hand….and to that I would say – in chaos is opportunity.   So don’t just assume that its all bad, and while it might feel uncomfortable for a bit, the ship will right once we get more clarity.

And if anyone thinks that OPEC is going to increase production at a time when oil prices are falling – think again – increased production will put more supply in the already weak market -sending prices potentially lower….so don’t hold your breath.

Now you know how I feel – I think the demand destruction story is overdone but a strengthening dollar will put pressure on commodities.  We are approaching an inflection point – and that is this key 200 dma trendline level at $59.28/barrel.  So, for now – I am watching it…. oil is down 15% since August 1st…. mostly due to the concerns surrounding the delta variant and what it might mean for oil demand…. they are acting as if the world is about to shut down again….it is not…. We know that we can go remote for most things we need, and we are already seeing companies push back on ‘return to work’ dates…….and for the things we can’t – we take precautions…. It’s not rocket science.  But it is what it is….This morning oil is UP 3.6% at $64.

This morning US futures are rallying.  The Dow up 145 pts, the S&Ps are up 13 pts, the Nasdaq is adding 40 pts and the Russell is ahead by 16 pts.  The chatter this morning is that the FED will be more dovish at Jackson Hole because they are more concerned about the delta variant as well as what the crisis in Afghanistan might mean for Biden’s economic plans.

Dip buying continues to suggest that investors are betting that Jay will not change policy just yet – in a ‘lower for longer’ narrative….…. but that he will re-iterate that that could change in the months ahead if the economics demand it.  Look – he has already told us that the FED is nearing an agreement to announce a change in policy – so we know it coming….so no surprise at all. This morning’s action is suggesting that any move will be later rather than sooner.

Eco data today includes Chicago Fed – exp of +0.11, Markit US Manufacturing PMI of 62.3, Services PMI of 59.2 and Existing Home Sales of -0.5%.  The key metric today will be both PMI’s…. current expectations suggest strength – recall that 50 is the neutral line -anything north of 50 is bullish…. anything south of 50 is bearish.

Later in the week – look for New Home Sales, Durable Goods, Cap Goods Ordered and Shipped, and on Thursday we will also get the 2nd read on 2nd qtr. GDP – and the expectation is for 6.7% vs the initial call of 6.5%.

Global markets are all surging today…. Asian markets ended the day up – and Hong Kong which was in bear market territory as of last week, is no longer.  Hong Kong rallied 1% over night leaving that market only down 19%.  Investors going bargain hunting after the heavy losses suffered over the past couple of weeks due to heightened regulatory uncertainty coming out of China left many of the tech names aching for buyers.  Japan ended the day up 1.8%, China + 1.4%, Taiwan up 2.5%, Kospi up 1% and Australia up 0.4%.

European markets are also higher this morning….as traders in Europe are taking advantage of the recent weakness as well as betting that the FED will not announce a taper sooner than expected.  IHS Markit flash composite PMI for the Eurozone fell just a bit to 59.5 vs. last months 60.2.   At 6 am – all the European markets are ahead between 0.5% – 0.8%.

The S&P ended the day at 4441…. after testing as low as 4406 and as high as 4444…. the mood at the end of the day was much more upbeat than it had been – in what appears to be just another Buy the Dip rally.  Look, investors are trying to price it all in…. the risk of waiting until Thursday and the risk of not waiting until Thursday to get a clearer eye on what the FED has in store…. they are also weighing growth risks due to the delta variant along with infrastructure talks in DC.

Be careful – don’t get drawn and let your guard down…. …. We are at the end of August – where volumes tend to dry up, leaving moves more exacerbated than normal and then we in September / October which is full of seasonal volatility.  Now that does not mean ‘panic’ at all, it just means keep your head clear. In the coming volatility you will find opportunity to add to current positions or initiate new ones.  Buying some downside protection is never a bad idea at all….

And if you have been paying attention to the Michael Burry Trade – essentially his bet is that treasury prices will collapse, and treasury yields will surge faster than the FED expects and if that happens then expect stocks to get slammed.  He is an avid, methodical investor – but his trade is short term oriented – so if treasuries collapse and yields rise – he wins…. Maybe we’ll get an indication this week?

You can make the sauce in the time it takes to boil the spaghetti….10 mins.

Now – in a pot – heat the oil and sauté the onion until soft and tender – it may take on that golden delicious color…. Add the garlic – do not let the garlic burn!

Next – put the Onions & garlic in the food processor, add the chicken broth, tomato paste, and sweet red peppers, – Blend.  – season with s&p and put back in a lg sauté pan to keep warm – on simmer……

When the spaghetti is done – strain – always reserving a mugful of water – return to pot – add back a bit of the water – stir and allow to absorb.  Now toss the pasta into the sauté pan and mix well.  You can always add a bit more of the water if you need to.

Serve in warmed bowls – to make this different – top with crumbled pieces of goat cheese (vs. grated parmegiana).