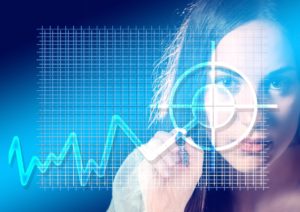 And boom…. stocks ended the month on a high note – in fact the S&P pierced another century mark ending the day at 4605 while the Dow and Nasdaq made record closes as well.  And this morning – US futures and global markets are all up again…… No matter that AMZN and AAPL disappointed investors……and while those misses were a surprise – let’s not overreact to what that means…. AMZN lost 2% while AAPL lost 1.8%…hardly anything to get all worked up about…  I mean – they are foundational holdings – they are long term holdings….so unless the story has fundamentally changed forget about it….

Yes, both companies warned of supply chain issues and that is a problem, guidance suggests more difficulty ahead and that could be a problem, but again we know that – it is not a new story – this is not a surprise….…. And in fact – both those stocks took it much harder at the open but managed to recoup much of the losses as the day progressed…..suggesting that…Investors are not concerned that the fundamental story has changed….yes there are potholes ahead, but those potholes do not change the long term story and if you are a long term investor – there are plenty of other things to focus on.

In the end – the 83% of companies that have reported earnings have beaten the estimates on both the top and bottom lines and that is giving investors hope….so while these two reports were all very dramatic – put it in perspective.

For months – global investors have been considering what this all means…. while trying to understand how ‘sticky’ inflation was going to be….and how these disruptions were going to add to that inflation story…. Yet investors still took stocks higher.

And speaking of inflation –

Economic data continued to reveal that prices are rising and rising quickly – the PCE Deflator y/y came in at +4.4% and while right on target, it is high and going higher….as the WSJ reported

Now the report said that consumer prices and wages are rising quickly, it also revealed that consumer spending is very healthy despite the expiration of enhanced unemployment benefits…and this is now putting pressure on the FED to do and say something this week…. when the FED holds its FOMC (Federal Open Market Committee) meeting…. Because rising inflation that outpaces rising wages will make consumers worse off….and that could force the FED into a new narrative when discussing interest rates policy.   Remember – it is expected that the FED will announce the decision to start tapering this Wednesday…. the actual start date is still unknown, but the smart money says it will begin this month….and end by June of 2022….an 8-month process….

The kicker will be if  they announce a tapering that will be completed in 6 or 7 months’ time, because that will suggest that they are nervous that inflation is spinning out of control…..and that suggests that we can expect an interest rate move maybe sooner than June 2022……and that will spook the markets….Now, I fully expect that he is going to stick to the narrative that investors and the markets expect, but listen to his language, see if he leaves the door open just enough to change the story if he has too…..and if he does, I suspect it will be in March 2022.

The 10 Yr. treasury ended the week yielding 1.56% leaving it thrashing around looking for direction…this morning yields are up again at 1.58%.   US futures are up this morning as well…… In the end – your view of what’s happening depends on where you look…. Stocks are telling you one story – it’s all good, while bonds are telling you that they are much more concerned about inflation and interest rate normalization.  Which camp are you in?

Over the weekend – Treasury Sec Janet Yellen told Bloomberg news that she is NOT worried about the sharp moves higher in the treasury markets.  Last week – the gap between the 2 yr. and 10 yr. flattened considerably – in fact the most since July 2020……and that happens when ‘expectations’ of a future FED move cause investors to bet on a rate rise sooner than anticipated…. which now suggests a possible mid to late spring – think April/May vs. the expected June time frame. I trust that Jay Powell will try to keep the narrative on track – at least thru year end.

Oil – ended slightly higher, up 41cts at $83.23/barrel – this as Joey once again ‘begged’ OPEC + to increase production (on his way to the climate summit in Glasgow) to satiate demand and slow rapidly rising energy prices…. Iran saying there was ‘No need’ to increase production beyond what the current plan is – oh, wow…. ‘shocker’.  And so, the slight pullback is just digestion before the next push higher….and that push is coming…the trendlines suggest support at $81.25 with resistance at $86.30…. this morning oil is trading at $84.09 or + 0.6%.

Thursday brings us the results of the next OPEC + meeting – what will they do?  Increase production or make Joey sweat?  My sense is that OPEC + has no intention of raising production beyond what the current plan is, and as demand continues to surge – we can expect prices to follow.

Overnight – we saw Japan shoot higher (Nikkei ended up 2.4%) after their elections over the weekend bolstered expectation for more stimulus…. Prime Minister Kishida’s Liberal Democratic Party preserved its very strong majority….and that suggests that it’s all systems go…. Stocks in Hong Kong and China retreated after China reported weak factory orders due to power shortages, surging commodity prices and covid shutdowns.  Chinese PMI (Purchasing Managers Index) for October came in at 49.2 – falling below the neutral line and now in contractionary mode…..all while IHS Markit reported a PMI of 50.6 – just above neutral in expansionary mode….China’s property sector remains a bit of a wildcard…..4 lesser known developers have defaulted on bonds last month….and Evergrande pushed their overdue bond payment to the 11th hour and that suggests ‘where there is smoke, there is fire’ and so Asian investors wait…..

In the end – investors are betting that the Chinese economy is slowing – thus the weakness. Tuesday brings us the RBA (Reserve Bank of Australia) monetary policy decision as the earnings parade continues.  Now just to bring you up to date…for the year – both China and Hong Kong are down….6.3% and 8.3% respectively…all while Japan is up 7.7%, Australia is up 12%, Taiwan +15% and South Korea up 4%.

European markets are higher this morning…. the G20 meeting over the weekend in Rome did little to produce any definitive climate results but they did celebrate the fact that there is now a 15% global tax rate.  Joey continued to try and convince OPEC+ to produce more oil while at the same time balancing climate change issues.  BoE (Bank of England) is due to announce any bond buying program and interest rate changes on Thursday.  Barclays Bank trading down 1.2% after CEO Jes Staley stepped down over an investigation into his relationship with Jeffrey Epstein.   As of 6 am – European markets are all up greater than 0.75%…. with Italy leading the way up by 1.4%.

US futures were higher overnight and are still higher this morning…. Dow is + 160 pts, S&P’s up 18 pts, Nasdaq up 60 pts and the Russell is ahead by 15 pts. – So, the idea that new highs beget new highs is alive and well…. (The Dow, S&P and Nasdaq all closing at record highs on Friday).  DC remains in flux – the Dems not sure of what to do next….will they vote on the spending bill on Tuesday or not?  Right now – it is very unclear…..

Economic data today includes Markit US Manufacturing PMI – exp of 59.2, ISM Manufacturing PMI of 60.5 (both numbers well in expansionary mode), Construction spending of +0.4%.  Later this week – besides the all-important FED meeting, we will get the ADP employment report (exp of +400k new jobs) and Friday’s Non-Farm Payroll report (exp of +450k new jobs) …both of which will be top of mind for investors considering what is expected by the FED.

Talk about easy…. Hello???  This could not be easier.

For this you need – 1 lb. of Farfalle, 2 heads of Cauliflower, butter, olive oil, garlic, s&p, and plenty of fresh grated parmigiana cheese.

Cut up two head of cauliflower and put in a roasting pan…season with s&p, oil and ½ stick of butter, and 3 cloves of chopped garlic.  Place in a high 400-degree oven – covered for the first 15 mins…then remove cover and leave to roast – another 20 mins or so.

Turn the cauliflower so that it gets a golden brown all over.  In the meantime – bring a pot of salted water to a rolling boil.  Add Farfalle (bow ties) and cook for 8 / 10 mins or until aldente.  Drain pasta -always reserving a coffee mug full of the water.  Toss pasta back in pot – add a bit of the water back – add 1/2 stick of melted butter and stir to coat.  Now add the roasted cauliflower, 2 handfuls of grated parmigiana cheese, stir and serve immediately.  Yum.