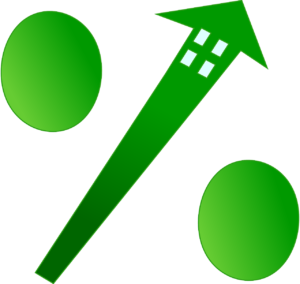 It was November 30th, and I felt the earth move under my feet, I felt the sky was tumbling down, I felt my heart start to tremble…. Oh, wait that’s a Carole King song…. from her Tapestry album -1971….
Let’s take it from the top again….

J&J (Jay & Janet) take the Hill…. the WSJ runs with this headline –

In a massive pivot – Jay Jay is finally throwing in the towel, recognizing that inflation is in fact not what he said it was…. could it be that he was just waiting for his re-appointment to be official before he upset the markets?  Feels a bit curious, no?
Jay also said it was time to retire the word ‘transitory’, strike it from the record, because people interpret it in different ways so it’s confusing! Transitory has now been replace by ‘turbo taper’…. because he is speeding it up and the word is that now he wants to complete it by FEBRUARY…. That is 4 months faster than originally scheduled…. Which means he is setting us up for an interest rate increase in April…. Capisce?  ….. I mean, it’s comical…you can’t make this up…who would believe you????

And then Janet took ahold of the mike to reiterate that the BBB bill that they tell us is $1.7 trillion is FULLY paid for, nothing to worry about…. the problem with that is the $1.7 trillion bill is Closer to $4.7 trillion according to the Wharton School and the CBO (Congressional Budget Office).   She then went onto say that if congress did not raise the debt ceiling – they run the risk of ‘eviscerating’ the economic recovery……. Just to be clear – the word eviscerate means to ‘disembowel’, to remove the contents of your body (think organs) …. isn’t that just a little bit much?  I mean, it’s a bit inflammatory.

But I digress….in any event – traders/ investors/ asset managers and algo’s were not happy….and then –

Moderna CEO suddenly changed his tune in a massive pivot as well……telling us that he is not sure that his ‘vaccine’ will work against the latest entrant onto the world stage – Omincon……Of course he isn’t……Why?  Well because if the current one worked and 70% of the population is vaxxed – then he just slammed his demand source which in turn slams his revenue source, which means that he has to slash and burn his forward guidance and earnings estimates……and that wouldn’t be pretty….…You see – if he says – “Oh no, it won’t work you need the booster, Plus you might even need a fourth shot just to be safe”  Do you see where this is going?  Cha Ching!!!

Now it is not like omicron is so ‘scary’ – it isn’t, it is what it is and guess what, it is here to stay for a while…so get used to it…if anyone thinks that it’s going away anytime soon (or that there won’t be another mutation) – I would say – Think again.
In the end – I do not believe it is the virus discussion that is repricing the market at all (it isn’t helping, but it is not the driver)…..I do think that the latest angst is  more about how quickly Jay pivoted on his inflation, taper and interest rate policy views…..because as I have been saying for months now – investors have been jockeying for position – as they tried to place their bets on not if, but when it would happen…… The majority of bets was in the July camp…as evidenced by Fed Futures which assigned an 85% probability to it….but yesterday – Jay upended that bet….and now the view is as soon as late April/early May…..Now to be clear – he did not actually say that, but that is the inference (it is all very orchestrated) …and recall – Atlanta Fed President Raffi Bostic all but said that over the weekend….So, if you were listening – you would have heard it – and I did point it out in Monday’s note.

Nothing was immune yesterday…..Every sector with the exception of Tech was down MORE than 2.5% across the board….Tech was down less than 1% as investors hit the sell button….now to be clear – yesterday was also the final trading day of the month, and it was the MSCI rebalancing and it was also some of the usual ‘yearend’ shuffle…..….and so some of the selling was just to clean up the books and rebalance holdings to mimic the MSCI index….…..nothing more….There is no reason to panic….

US futures are in the plus column this morning…. it’s a new month!!!  Global investors taking it all in stride…..Omni is still hiding in the US – we still haven’t found it….or maybe we have, but we are waiting for oil to spike higher again and then suddenly it will be here….and the whole demand destruction story (caused by the variant) will be alive and well and that will send oil lower once again……as the msm stirs it up…..At 6 am…Dow futures are up and up BIG…..+330 pts, the S&P’s up 55 pts, the Nasdaq up 235 pts and the Russell is adding 45 pts….and everything is ‘good’….suddenly all of the angst from yesterday is nothing but a distant memory….

Eco data today include the ADP employment report…. expect to see 525k new jobs created…or will we see more?  It is the holiday season so there are a lot of ‘temporary workers’ that have been hired…so do not be surprised to see a pop in this number….In addition Markit Manufacturing PMI of 59.1, ISM Manufacturing PMI of 61.2 – both bullish
numbers….Construction Spending of +0.4% and the Fed’s Beige Book – that details the health of the US economy by Federal Reserve region – of which there are 12.  (NY, BOSTON, PHILLY, RICHMOND, CLEVELAND, ATLANTA, ST LOUIS, CHICAGO, MINNEAPOLIS, DALLAS, KANSAS CITY AND SAN FRAN)

Friday will bring us the all-important Non-Farm Payroll report – and that is also looking for in increase of 550k jobs…. with unemployment falling to 4.5%….and avg hourly earnings jumping to 5% y/y.

European markets are also rising as investors there put Omicron in its place and digest the latest FED pivot…. Across the region they are all up about 1.7%…. November final manufacturing PMI coming in at 58.4 – bullish.

The S&P closed at 4567 – down 2% on the day…. Expect it to take that all back and then some, if they can redirect the conversation about how the recent FED decision is the right decision and that the US economy is not in danger….
Funny how that works…yesterday it was a disaster and today it isn’t – which is exactly why you can’t make ‘emotional decisions.

I am still in the camp that this new variant will NOT prove to be the disaster that they want you to think it is…. nor do I think the next variant will be either…. I am operating under the assumption that this too shall pass….and now that the FED has shown its true colors – you need to be ready for more volatility in the weeks ahead…. I think it comes more in January than December…. but it’s coming…

So it is that time of year again – the holiday season is among us and for those of you who know me – an Italian Christmas eve is always a big thing – it is the Feast of the 7 Fishes – known as ‘La Viglia’.

The tradition of eating seafood on Christmas Eve dates way back….and is built on the tradition of abstinence – in this case, refraining from eating meat.    Why 7?  There are many thoughts on what the number “7” relates to – could it be the number of Sacraments in the Roman Catholic Church or is it that seven is a number representing perfection…. – the traditional Biblical number for divinity is three, and for Earth is four, and the combination of these numbers equals seven.  No matter because – it is a great tradition and one that I will share over the next 7 days.  I hope you enjoy the first of the 7 fishes….

You need to make this dish on the 23rd so that it sits overnight in the fridge.

Start with the basic marinara – Sauté crushed garlic in olive oil on med heat – do not burn the garlic…. now add 2 large slice Spanish onions (or Vidalia if you can get them) and sauté until soft – about 10 mins or so….

At this point add 3 cans of kitchen ready crushed tomatoes – NOT PUREE – if you can’t get kitchen ready crushed – then buy the plum tomatoes in juice and run them thru the blender or food processor – leaving a bit chunky…. Bring to a boil – season with s&p, and fresh basil – stir.  Once it boils – turn heat down to med low and prepare to add the lobsters.

First rule – Always use live lobsters.   (Should be like 1 1/2 pounders each).  Rinse under cold water – leaving the elastics on the claws so that you do not get clipped.  Once you rinse him/her…. remove the rubber bands and put in sauce claws/face first…now he/she may flap its tail – but that is only for a second or two…. Add second lobster.  Stir and make sure that the lobsters are submerged in the sauce and turn heat to simmer…. allow to cook for about 30/45 mins.  The next day – take out of fridge and let come up to room temp and then slowly re-heat on simmer…. You can just smell the goodness and feel the ocean waves hitting you in the face….

Bring a pot of salted water to a boil – add the linguine and cook for 8 / 10 mins or until aldente.  Strain – always saving a mugful of pasta water – and return to pot.  Add back about 1/4 of the water and stir to re-moisten…do not soak……capisce?  Now add 3 ladles of sauce and toss…. Serve immediately – making sure that you have grated Pecorino Romano cheese on the table for your guests.  If you like – you can remove the tail/claw meat – shred and add to sauce or you can just present it on a plate for your guests to enjoy….