Happy New Year!  Stocks are Higher!  And We’re off.. – Try the Bolognese 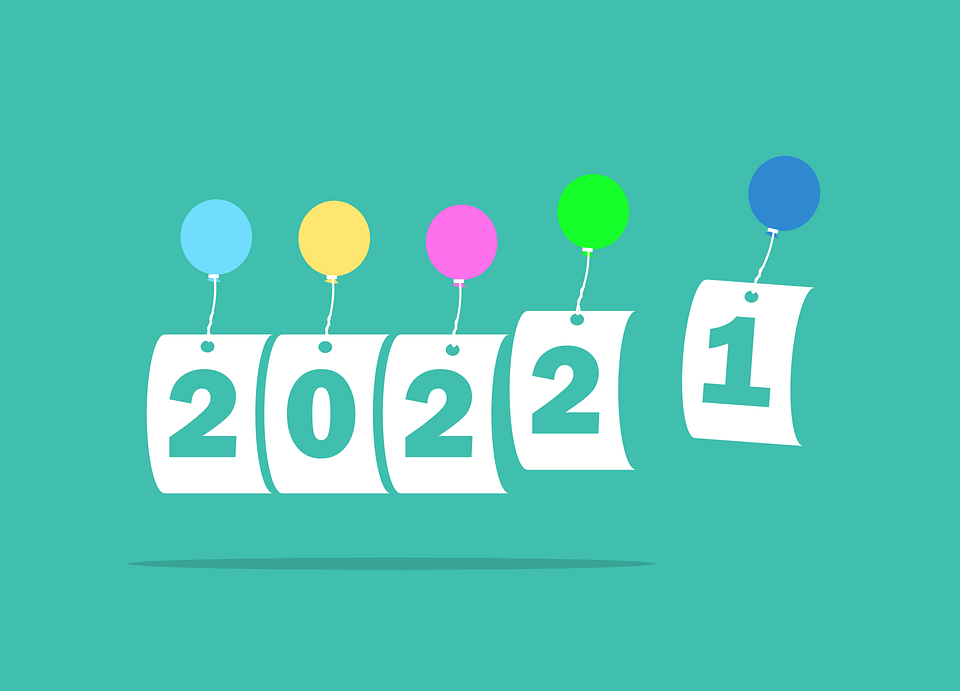 Semiconductors rose by 46%, Airlines ended flat, Retail added 44% while Homebuilders gained 53%, Tech Disruptors lost 20%, Robotics and AI gained 10% while Cybersecurity stocks rose 9%,  Autonomous/Electric Vehicle Tech rose 29%, Work From Home Stocks rose by 14%  and Crypto’s had another great year….with names like Bitcoin and Ethereum gaining 63% and 395%
respectively….and we welcomed in a bevy of new coin opportunities – like Chain-link & Avalanche to name just two.  You can find so many more on any of the crypto exchanges – but remember – when it comes to this new asset class – caution is always the word.  Investors should consider some exposure to this class – but not any more than you are willing to lose….my sense is a 3% – 5% allocation feels about right – but in the end – you are in the driver’s seat. Much depends on so many other factors – where you are in the life cycle, where you are on the risk scale are just two important factors to consider.

Inflation which became a bigger problem in 2021 is expected to remain a problem in 2022…and what started out at a 1.4% annualized rate – ended with a 6.8% annualized rate, the highest in more than 40 yrs.  We will get the next CPI read on January 12th – so markets await.   Consumers saw prices skyrocket in the most basic sectors of the economy…. food, clothing, energy, staples, and housing seeing massive spikes in prices.  This morning BB reports that Joey is set to fight the meatpackers and the meat industry over rising consumer prices…. implying that they are taking advantage of the global pandemic…his administration coining a new phrase – “Pandemic Profiteering” – which I assume he will use to attack other industry titans….

The FED continued to make headlines remaining low key and supposedly in control for most of the year – telling us ‘not to worry’, inflation was nothing but transitory and they had it under control….and then suddenly that narrative started to change as monthly CPI and PPI reports challenged that thinking….by the end of the year – we had Jay and many of his peers telling us that the word ‘transitory’ was misunderstood by so many so they were dropping it from the dictionary…..announcing instead that tapering would take on a more aggressive schedule and that interest rates might also move up sooner than expected…a story I think is still be misrepresented – because I think the FED is behind the 8 ball rather than in front of it and that is going to force them to react more aggressively – something I don’t think the markets or investors fully appreciate.

And the fight goes on over the BBB plan put forth by the Bidens…. It failed in 2021 and the question is now – what will the Democrats do in 2022?  Will they push ahead or will they back off as the focus turns to the Mid-Term elections…. where there is expected to be some major shifts in representations.

In terms of other elections – the world will witness a change across the European continent…with Germany already in new hands, France is up next in the spring and the Italians will wonder what Mario Draghi’s next steps will be….and that does have some investors speculating on those outcomes and then what they mean for the investing landscape – but remember – while politics is a sideshow – they usually do not price stocks in the long term….but the chaos created in the short-term is the opportunity.

Next – up to consider – is China. What does Xi XI have up his sleeve for 2022.  Will Taiwan become the center of an international drama? Remember – he succeeded in taking back Hong Kong ….so Taiwan will be something to watch…because this has much bigger implications on the global economy and the semi-conductor supply chain….and having China in control of that sector of the global economy is a dangerous place to be. And if that happens – we have only ourselves to blame.   Toss in Vlad and the Mid-East and the geo-political situation becomes even “hotter”.  Leaving many to wonder how Joey will respond.

And the pandemic has now turned into an endemic as most investors and Americans are learning to live with it.  We are in a third mutation and expect a 4th, a 5th and even a 6th as the world turns and as companies consider how to re-open and keep everyone as safe as possible.

This morning – US futures are UP as we look to kick off the new year…The Dow up 200 pts, the S&P’s up 32, the Nasdaq ahead by 125 pts and the Russell is up 21 pts…and this is exciting as the buying continues…. It’s a bit week for economic data – today includes:  Markit US Manufacturing PMI is expected to be 57.7 and Construction Spending of +0.7%.

Later in the week – we will get ISM Manufacturing of 60.2, JOLTS Job Openings of more than 11million, ADP employment of 360k new jobs, Markit US Services PMI of 57.5.  On Wednesday we will get the latest FOMC mins – which should not surprise anyone who has been listening. On Thursday we will hear from none other than St. Louis’s Fed President Jimmy B – remember he is an aggressive hawk and is now a voting member of the FOMC committee – so expect investors to listen intently to his thoughts.  Factory Orders of +1.5%, ISM Services Index of 67 and Friday brings us all important Non-Farm Payroll report for December.  Expectations of +400k new jobs is what the market is expecting…. recall that the November report was a massive disappointment.  Unemployment is expected to fall to 4.1% while the labor force participation rate is expected to remain at 61.9%.
European markets are in the green – the UK and Ireland are closed for a holiday, but the other centers are ahead by better than 1%.

It is a new year – all the indexes and ETF’s and stocks start all over again…everything gets wiped clean, and everyone starts from zero.  The S&P begins the year at 4766 – another 25% gain would take us to 5,960…. Most of the estimates have us returning between 10% – 20% for the index (which would be somewhere in between 5400 – 5700) while there are some bears in the crowd that are looking for a negative return….……If we follow Europe today – then look for the indexes to kick off the year by adding about 1%.  And we’re off….

Remember investing is dynamic not static…It requires you to pay attention.

Rigatoni in a Hearty Bolognese Sauce

What exactly is Bolognese sauce?  It is a meat based thick, hearty sauce for pasta –that originated in Bologna.   Now Bologna is the largest city in the region of Emilia-Romagna in Northern Italy and is the 7th largest city in all of Italy.    It is a very cosmopolitan city rich in art, history, music, culture, and food.   It is also home to many of Italy’s finest universities.   This sauce has numerous variations – but no matter how you make it – you cannot go wrong at all….

Begin by browning the meat in your pot with a bit of olive oil…Season with S&P – once browned remove and set aside.

Next sauté sliced garlic in some olive oil over med hi heat.   Next add in the sliced onions, shredded carrots, – stir and cover – allow to cook thru and soften up, stirring every 5 mins or so.  Once the veggies have softened – add in the two chicken thighs….and brown nicely on both sides.  Maybe 10 – 12 mins more.  Season with s&p.  Remove the thighs and set aside.

Next run the plum tomatoes thru the blender – quickly – you want some chunk left to them….so do not liquefy. Add to pot and bring to a boil – then reduce heat to simmer.  Add in some fresh chopped basil, s&p.

Now add back the meat and the Chicken – remove the skin at this point before you put it back in the pot.

Bring a pot of salted water to a boil and add the Rigatoni pasta – cook until aldente about 8 – 10 mins.
Before straining – remove a mugful of the pasta water to remoisten.  Drain the pasta and return to the pot…. add back quarter cup of the pasta water and stir. Allow the pasta to absorb the water – do not make a puddle on the bottom of the pan…. Add a ladle or two of the sauce to the pot and mix well to coat.

Next – serve in warmed bowls…. add a ladle of the Bolognese sauce on top and sprinkle with fresh grated Parmegiana cheese.  Always have more cheese on the table for your guests.