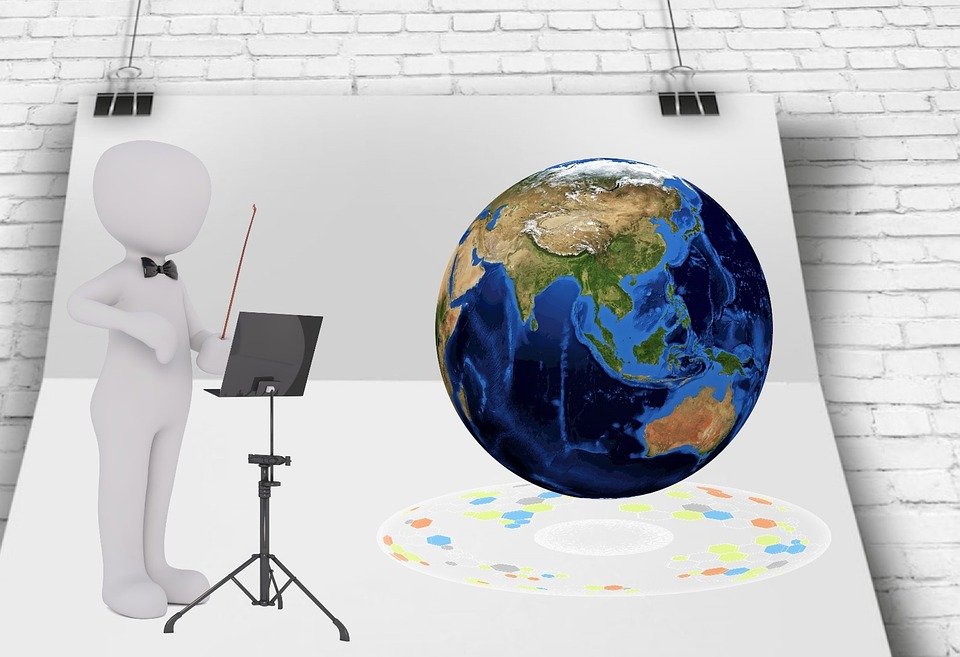 It was a Goldy/JPM drama playing out across the ‘big screen’….…. And yesterday’s action was ALL about future FED policy – not who delivered it so much, but the fact that it was delivered.

It was a crazy day…. futures were flat in the early morning…and then they turned decidedly negative going into the opening bell when the Goldman Sach’s call hit the tape….and so you ask – what was the call?  Or better yet, what IS the call?

The call – heard round the world, is for the FED to raise rates 4 times in 2022 – March, July, September and then December – this in conjunction with a swifter tapering schedule and a balance sheet reduction that will not wait until 2023…. It is a bold call, (not necessarily a new one) but one that was fully and completely orchestrated.  At some point – someone had to say it for what it is….and stop the dance…..the FED is way behind the 8 ball, their months of saying that ‘they had it under control’ has in fact caused to them to lose control – so they needed to get one of the big investment banks out there to ‘float that idea’ to put it out in the public marketplace, to allow the conversation to happen and to see how investors and the markets react.

You see – Why did GS make this call yesterday?  Where were they last week? Or where were they last month – when there were plenty of data points that have been pointing to the need for the FED to move.  But alas, they were told to keep quiet until the new year.   The FED did not want to upset the apple cart in late 2021…So they didn’t.
But they couldn’t keep reality down…. they needed a partner to help carry out the mission.   Come on, you just don’t become this aggressive in the last 7 days…Did they not think that 4 hikes were a reality last month?  Or were they giving their best clients the ‘heads up’ prior to notifying the rest of us? This story has been simmering on the back burner for months…. are you telling me that the brain trust at GS ‘suddenly’ woke up?  They suddenly saw what Joe Q Public has been seeing all along/

The funny thing about this is that if the FED had moved in the fall, when there were a chorus of analysts/strategists calling for ‘a’ move – we wouldn’t be in this position – inflation would not be spinning out of control, and they would have had a better shot of controlling the narrative.

I have been saying for months now that the FED was going to get much more aggressive in the new year because they didn’t want to cause a year end meltdown, they had to, because the data was very real – I was fearful that they were falling behind…. The stories you heard every day from everyday Americans were the canary in the coal mine.  Yet no one seemed to ‘hear the voices sing’…. (a clear reference to Les Miserable).  Now look – Goldman called for 4 – 25 bps moves while I speculated that we could have 3 moves of some combination of 25 to 50 bps moves….do you see where I’m going?  We will get to the same place – just depends how fast you want to get there and THAT is what will determine how much more volatility is ahead…. a 50-bps move – would ‘shock’ investors and the markets – but maybe that is just what must happen to stop some of the excess.    Stop the hand holding – THAT has gone on way to long…. What we need now is bold action to stop the bleed.

I have been saying that I thought it would be after Jay’s re-nomination vote – which happens today….once he was secured, locked and loaded – then it would be time to let it rip….and rip it did…stocks ripped LOWER and by 10:40 the Nasdaq had lost over 400 pts or 2.75%  slicing right thru its long term support line at 14,690  bringing its 6 day performance to -8.25% before the ‘buy the dippers’ began sniffing around.

And then they brought out JPM’s Jamie Dimon to tell everyone to calm down – and yes, while the road ahead may be rocky as we ‘navigate this move and it might even be more than 4’ -the US economy is strong and resilient and that 2022 was going to be a great year.

And in a tremendous turn around, the Nasdaq rallied back – fueled by the algo’s – as they redirected the focus from the negative to the positive……ending the day UP 7 pts at 14,942.  That’s right – they took back the 400-point loss and ended the day higher.   By the time the 4 pm bell rang the other indexes were off their intra lows – the Dow lost just 162 pts or 0.5%, the S&P ended the day down 7 pts or 0.1%, the Russell gave back 9 pts or 0.4% and the Transports lost 250 pts or 1.5%…. ugly yes…. but is anyone really surprised?   And I don’t think the volatility is over, that this action yesterday washed it all out…. Not so quick… You could argue that the path ahead is now even more cloudy!

The 10 yr. treasury yield shot as high at 1.81% – helping to fuel the early selloff and then it backed off a bit before settling down at 1.76% which helped stocks regain some lost ground. But remember – calls for 3% + yields are now also in the public square ….and so investors will have to price that in as well and if inflation fails to respond to the FED moves, then we could see a whole new conversation taking place.

Crypto’s continue to get sold as investors and traders contemplate what a more aggressive FED would do to this ‘asset class – with Bitcoin falling to $39,670 – a stunning 43% loss from the November highs of $69,700 – before it ended the day at $41,700.  This morning Bitcoin is trading at $42,000 just as the 50 dma is about to slice thru the 200 dma suggesting a ‘death cross’ which would suggest further weakness.  Ethereum traded down to $2,930 before finding buyers that took it back to $3074.   Ethereum has also lost about 38% from its November high as investors re-allocate monies.  This morning Ethereum is trading at $3,100. I suspect that these assets will also continue to come under pressure until we get more clarity on the next move….

Gold ended the day at $1800, hugging all 3 of its trendlines that are converging right there.  A push up – could see it test the November highs of $1870 if the inflation story continues to heat up…. while a failure to hold could see it plummet to the $1,750 range before it found significant support.

The dollar index – DXY – has been stuck in a sideways trading pattern – helping commodities surge higher…. Gold, oil, lumber, soybeans, coffee, steel etc.…. This morning it is sitting on its 50 dma trendline- a failure to hold here will see it back off a bit and that will give the commodity complex room to run. If the dollar holds and trends higher than that will offer some relief to commodity prices – as commodities are prices in dollars – as the dollar strengthens – commodities tend to back off and vis a versa.

There is no eco data today…but remember – it is all about what happens tomorrow and Thursday – the CPI and the PPI…. we discussed it yesterday – so get ready to rumble….

Jay Powell is on his way to Capitol Hill for the Senate vote on his re-nomination – Lael Brainard’s turn is on Thursday for her nomination as Vice Chair..  On a side note – Vice Chair Ricky Clarida has decided to leave his post this Friday ahead of another bombshell announcement of his personal trading account – yet nothing happens?  Curious, no? Rules for thee, not for me.

Omicron is set to peak in the next two weeks all while the big drug companies tell us to get ready for a 4th and maybe a 5th ‘shot’ as new variants are born…. We already have 2 more that may be coming…. IHU and Deltacron…. Oh boy….

European stocks are also up this morning…. As investors there await the latest US inflation data and any hints of clarity surrounding that drama created yesterday.  Talk of what the BoE (Bank of England) and ECB (European Central Bank) will do is starting to boil on the back burner….as inflation across the Eurozone is at record highs… At 5:30 am – European markets are all up better than 1%.

The S&P closed at 4670…. after testing as low as 4582…. a nearly 100 pt. loss…and if we get some relief today – and follow in Europe’s footsteps – an easy 1%+ move up today would not be a surprise…. considering what has happened over the past week. Watch what the CPI and PPI says about inflationary pressures and pay attention to what the different FED heads are saying… because then you will understand what’s next.

Text the word INVEST to 21000 on your cell phone to get my digital business card. Feel free to download it and send me off an email or text. Happy to engage and talk markets, planning, thoughts, concerns, and ideas.
You can follow me on Twitter and Tok-tok @kennypolcari and on IG @kennyp1961.

This is also an easy dish to make and one that will become a family favorite.  For this you need – boneless pork cutlets, eggs, seasoned breadcrumbs, flour, butter, white wine, and chicken stock. (You can delete the wine if you choose and only use Chicken stock)

Begin by rinsing and patting dry the pork cutlets.  Set aside.  In one bowl beat 5 eggs – set aside.  In another large bowl – add the breadcrumbs – season with s&p, onion powder, garlic powder, and 2 handfuls of grated parmegiana cheese.  Mix well.  Now set up the production line.

Next – melt ½ stick of butter and a splash of olive oil in a large nonstick frying pan.  When hot – sear the cutlets on both sides until the breadcrumbs form a crust – maybe like 4 mins per side.  Place in a Pyrex glass baking dish.  Next – add some white wine to the pan and deglaze – Now add some chicken stock – enough that when you add to the baking dish – the cutlets are bathing – do not cover them in the liquid.

Now cover the dish with tin foil tightly and place in the oven for 30 mins or so.

Remove and serve with a side of sauteed spinach with garlic, and a large mixed green salad. Keep it simple, Dress it in a red wine vinaigrette.  Simple, easy, and soon to be a family favorite.