The Hybrid Market: Ten Years After 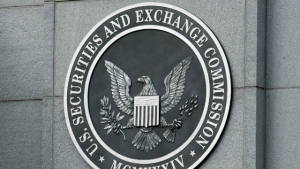 It’s been ten years since the SEC radically overhauled the US equity markets through Regulation National Market System (NMS). Beyond merely modernizing markets, Reg NMS has fundamentally changed the way we trade.

Reg NMS was born of the Commission’s desire to encourage competition and innovation among markets. In the 1990s, they authorized Electronic Communications Networks (ECNs): alternative trading venues that challenged the Nasdaq market to re-examine its structure, technology and future. In 2000, the SEC mandated that prices be quoted in pennies instead of sixteenths and eighths, overturning 200 years of tradition. Rules requiring stocks to trade exclusively on one exchange were dismantled. The final blow was Reg NMS, which required that exchanges route orders to the venue posting the best price at that moment (size nothwithstanding).

Critics at the time claimed that the NYSE’s floor trading model was archaic and hopelessly manual, but the Exchange had actually been on the forefront of almost every technological innovation in trading until then: the implementation of stock tickers, the modern stock tape, standardized messaging formats, the mutualization of technology (through its subsidiary, SIAC), the use of cell phones and wireless hand-held devices, the electrification of its order book, and the modernization of the post-trade process.

The NYSE was manually driven, but that was a feature, not a bug. The NYSE held fast to the principle of “price improvement”: that every order deserved the chance to participate in a manual, verbalized auction that could result in a better price than the posted bid or offer. But as trading volumes exploded, managing more auctions became a challenge. The NYSE began exploring expansion options: a bigger floor or more efficient ways to trade in place.

The Exchange secured permission for a new building, and also began looking for efficiencies. Until then, the Exchange had used technology to speed orders to the specialist, who conducted the auctions. But faster delivery still left two problems: humans can only move so fast, and not every transaction needed humans. We learned about human limits by studying the keystrokes that clerks used to execute orders. The result was astonishing: during a typical trading day, there were over 45 million keystrokes, or an average of 2 keystrokes per second per person, all day! In more active stocks, the average reached 7 or 8 keystrokes per second.

We also realized that buyers and sellers weren’t always competing on price. The investor who sent an order to buy 100 shares at the offer price just wanted to buy the stock at the advertised price. The auction requirement was slowing them unnecessarily. As the number of orders ballooned, slowing down for no value-add made no sense.

The NYSE management concluded that physical expansion wasn’t cost effective, and that there was no way clerks could type 20 strokes per second. So they gave in on the auction requirement and let orders that wanted to trade electronically, trade. That sounded simple, but was incredibly complicated to do in real time on the existing system; we described it as changing the rims on a moving car at rush hour, without stopping, crashing or disrupting traffic.

Our answer was the “Hybrid Market”, combining the best of the trading floor and electronic markets. It took over two years, countless rule filings, and over two hundred individual software releases, but by mid-year 2007 the NYSE had fully converted to the Hybrid Market, preserving its concept of floor trading while allowing electronic trading for orders coming through its pipes.

The Hybrid Market did not stop the relentless consolidation within the industry. But it did something that no other market in the world has been able to do: preserve a role for humans on a trading floor. When the London Stock Exchange went electronic with its big bang in 1986, their floor survived two weeks and then closed. Every other major equity market has closed its trading floor too, except the NYSE. Is it because of nostalgia? Not at all. It’s because the NYSE trading floor adds a dimension of human value and judgment to a process that sometimes desperately needs it. During the financial crisis, the Flash Crash of 2010, and dozens of cases of algorithms-gone-wild, there have been human beings on the floor of the Exchange with the wisdom and experience to say, “hey, this doesn’t look right” and take action to preserve market integrity. Are they perfect? No, but neither are the computers. Ideally, each complements the other.

Today, as the regulatory pendulum swings the other way, it’s worth remembering how the market adapted the last time we made fundamental changes. We look forward to seeing what adjustments the current roster of regulators, market practioneers, systems engineers and lawyers can make to keep the United States’s financial markets the envy of the world.