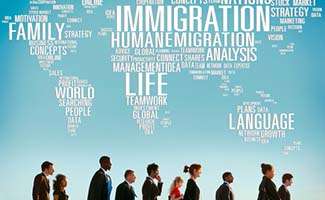 Chinese shares snapped a six-session winning streak as investors locked in some profits. The benchmark Shanghai Composite index fell 37.51 points or 1.13 percent to 3,292.07 while Hong Kong’s Hang Seng index was down 0.73 percent at 31,268.66 in late trade.

Japanese shares rallied after U.S. stocks hit their highest level in over three weeks overnight amid declining Treasury yields on easing worries over rate hikes. The Nikkei average climbed 236.23 points or 1.07 percent to 22,389.86, a three-week high, while the broader Topix index closed 0.88 percent higher at 1,790.34.

Mineral sands miner Iluka Resources jumped 3.6 percent after narrowing its full-year loss. Fuel supplier Caltex Australia soared over 4 percent after it decided to buy out franchises as part of a major overhaul of its business model.

The big four banks rose between 0.2 percent and 0.9 percent while energy majors Woodside Petroleum and Santos fell over 1 percent.

Seoul stocks ended lower after the Bank of Korea’ monetary policy board voted to hold the nation’s benchmark interest rate steady at 1.50 percent and a central bank survey showed the country’s consumer confidence fell to a 5-month low in February. The benchmark Kospi slipped 1.51 points or 0.06 percent to 2,456.14 amid selling by foreign investors.

Malaysia’s KLSE Composite index was rising half a percent while benchmark indexes in India, Singapore and Taiwan were down between 0.1 percent 0.3 percent.

The Dow rallied 1.6 percent, while the tech-heavy Nasdaq Composite and the S&P 500 surged around 1.2 percent each.