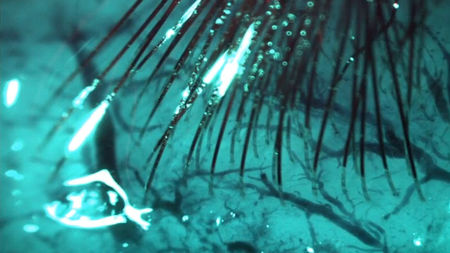 Neuralink is developing a system of ultrathin electrodes that thread into the brain to read from or stimulate neurons.

Elon Musk’s high-profile foray into connecting brains to computers, a 2-year-old company called Neuralink, detailed its ambitions and unveiled some initial results at a livestreamed event yesterday before an invitation-only crowd at the California Academy of Sciences in San Francisco. With thousands watching online, Musk, the entrepreneur behind Tesla and SpaceX, described the firm’s goal of using tiny electrodes implanted in the brain to “cure important diseases” and “achieve a symbiosis with artificial intelligence.”

Details about those planned applications remain sparse, but Neuralink briefly presented some of its first rodent data from ultrasmall electrodes at the event. And in a seemingly spontaneous answer to a question, Musk revealed that the company has already used its device to allow a monkey to control a computer with its brain. The company aims to implant electrodes into a person paralyzed by spinal cord injury by the end of 2020, he added—and Neuralink’s head neurosurgeon, Matthew MacDougall of California Pacific Medical Center in San Francisco, made a presentation wearing scrubs. But the firm will need clearance from the U.S. Food and Drug Administration to perform such an experiment in the United States.

The first generation of Neuralink’s technology consists of a chip containing neuron-size polymer threads that a surgical robot would stitch into the brain to record electrical signals from neurons and convey them to a wireless device worn behind the ear. In a white paper also released yesterday, the company describes using this system to record from thousands of its electrode “threads” in a living rat.

Several other groups have recently unveiled ultrasmall electrical probes designed to minimize damage to brain tissue and gather clear, long-term recordings from neurons. Neuralink putting thousands of these electrodes into a working brain interface is an exciting feat, says Cynthia Chestek, a neural engineer at the University of Michigan in Ann Arbor. “This is by far the largest channel-count system using neural-scale probes,” she says.

A looming question for Neuralink and the larger field, she says, is how long the materials in the probes and processing chip resist degradation and make reliable recordings. “You need to make the whole system last for decades,” she says. “That’s what I imagine their next major focus will be.”