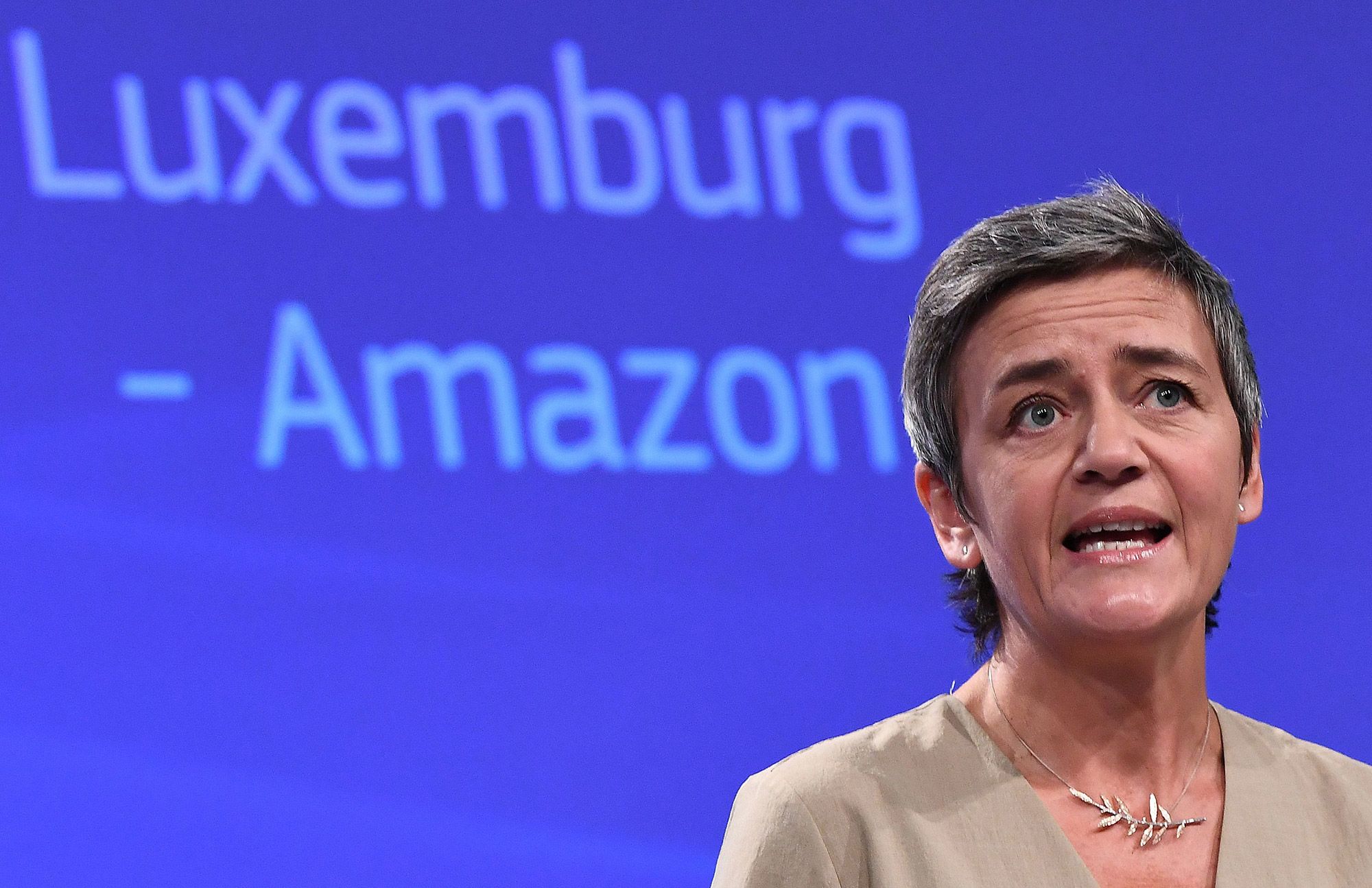 EU Commissioner for Competition Margrethe Vestager addresses a press conference on two state aid cases at the European Commission in Brussels on October 4, 2017.

EU antitrust regulators will investigate Amazon to determine if the e-commerce giant’s use of merchant data breaches competition rules, the European Commission said on Wednesday.

Competition Commissioner Margrethe Vestager said the EU opened a formal investigation to see if Amazon uses data from independent retailers who sell on the company’s marketplace to its own advantage. The investigation centers on Amazon’s “dual role” as both a retailer and a marketplace, Vestager said.

“Based on the Commission’s preliminary fact-finding, Amazon appears to use competitively sensitive information – about marketplace sellers, their products and transactions on the marketplace,” the regulator said in a statement.

The European Commission, the executive arm of the EU, began questioning merchants about how Amazon collects their data last year. If the EU determines Amazon breached competition rules, it could fine the company up to 10% of global annual revenues.

In a statement, Amazon said: “We will cooperate fully with the European Commission and continue working hard to support businesses of all sizes and help them grow.”

Amazon is facing increased regulatory scrutiny around the world. Earlier on Wednesday, Germany’s antitrust watchdog said it had reached a deal with the e-commerce giant to overhaul its terms of service for third-party merchants. In a hearing of the House Judiciary subcommittee on antitrust Tuesday, an Amazon executive said the company does not use data from third-party sellers to determine what new products to create.

The European Commission has previously conducted antitrust investigations into Alphabet’s Google, imposing a total of $9.5 billion in fines since 2017.