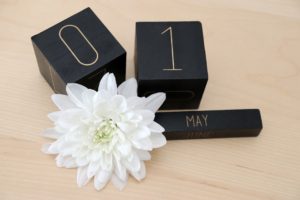 Stocks sank on Thursday as the run up that had taken place during the month ran out of steam. The window dressing that happens every month caused asset managers and traders to take advantage of the paper profits causing them to hit the SELL button and ring the cash register.

Now while yesterday’s market was weak – on balance the month of April was not so bad as investors took the markets up 20%! But was that a little too far too fast mostly powered by the FED considering the state of the economy? The disconnect that appeared to be happening only got amplified each day as the macro economic data versus the markets action continued to confuse and confound the street and the data yesterday was no different. Initial Jobless Claims soared to 3.8 million people vs the expected 3.5 million pushing total job losses to almost 30 million people in 5 weeks. Personal Income and Personal Spending fell further than expected as well and that was enough to cause the algos to hit the sell button. Even an announcement by the FED just as the opening bell was ringing – to expand a small business program – did little to change the direction and tone. By the end of the day the market suffered a bit giving back most of Wednesday’s gains with the Dow falling 288 pts or 1.1%, the S&P gave up 28 or 0.9%, the Nasdaq gave back 25 pts or 0.28% and the Russell losing 50 pts or 3.68%.

This should be no surprise at all – the government launched an investigation into the PPP program as they attempt to figure out who is qualified and who is not – suggesting that some of the lending was “unnecessary” or gasp – fraudulent! Wow! Isn’t that a surprise! When sports teams, universities, hedge funds, and public companies that have access to other sources of capital line up and take millions from the PPP program meant for America’s small businesses then it’s time to take a fresh look and reconsider the intended end recipient. The issue here was that they passed it and funded it in days and then distributed it with reckless abandon. I mean the LA Lakers (the most valuable team in the industry) taking $4.5 million? $9 million to Harvard? They have a $30 billion endowment, $7 million to Stanford?  They have a $25 billion endowment. Never mind the “mega-rich” hedge fund industry that jumped on board claiming that they needed a little help as well causing a Bloomberg article to label the program “An

Abomination!” It’s a joke – but I guess is it really a surprise?

Losses hit all 11 sectors across the S&P landscape with only Consumer Discretionary and Communications sectors escaping the beating. Retailers – XRT falling 3.7% Energy down 2.7%, Financials – XLF off by 2.5% all leading the way while Consumer Discretionary and Communications off by 0.6% and 0.4% respectively – so that’s a win. The Tech sector – XLK fell by 0.4% even as the big tech names gained ground but not enough to keep it from going negative. And while the day was weak – let’s not make ourselves crazy – as noted above it was a strong month on balance as all of these sectors registered double digit gains. Retailers were up 44%, Energy up 37%, Financials +20%, Communications + 20% and so on.

Word that many of the big banks are starting to sour on the second quarter is also behind the change in tone. Bank of America for one suggesting that 2Q GDP is set to collapse by 30% versus the 1Q was not helpful and all this does is cause analysts/strategists/investors and asset managers to re-asses the state of the economy and wonder aloud about how long and how much this is really going to take to put this country back online especially since we are starting to emerge from quarantine and get back to work. Will we get hit with a second wave of outbreak or not? Will we ever be normal again? Will we be forced to wear a face mask forever?

Look – for stocks to really stabilize and advance with conviction – we have to be confident that this virus is under control and economic activity is set to return and consumers feel safe. Apparently someone does not feel so safe this morning. It’s May Day (May 1st) Stocks are lower – Japan falling 2.8%, Australia down 5%, China and Hong Kong closed while many European markets are closed for the May Day holiday – leaving the UK the only player and that market center is down by 2%.

US futures are under the gun – Earnings from the big techs last night – AAPL, MSFT, AMZN – not helping the tone. While the earnings were good – guidance was unclear (no surprise). Word that countries around the world demand that China come clean about this virus and that Trump is considering raising tariffs to punish them for their role in this crisis are not helping the tone. (Which doesn’t mean that China should not be held responsible by any stretch – they should – but that’s another conversation).   Lower volumes due to the May day holiday only exacerbating the move. At 6 am – Dow futures are off by 460 pts, the S&Ps lower by 58 pts, the Nasdaq is lower by 224 pts and the Russell is off by 35 pts.

Look for the S&P to back off and test 2875-ish. If that doesn’t hold then the test of support at 2769 – the 50 DMA is in sight. But remember – the 50 DMA is in a downtrending mode – its direction is heading lower so it’s not going to be very supportive. So if the market begins to come under pressure do not expect it be very helpful and if that’s the case then look for 2650 to a level that should provide some short term support at least.

Oil continues to push higher as crude inventories decline and the world wakes up suggesting that demand may be picking up its head.  The EIA – Energy Information Administraton – also confirmed the results of the API – American Petroleum Institute – in that they showed a decline in weekly crude inventories. The other event that begins today is the official start of OPEC/Russian production cuts that were agreed upon in early April. This should help to bring the supply imbalance back into balance. Oil is trading at $18.42 and has room to run before it hits resistance at $30. 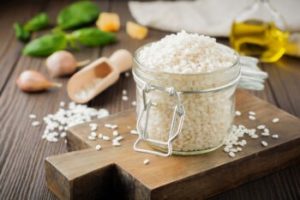 This is a risotto dish that is prepared with celery, shallots and lemon zest & juice – it has been described as a masterpiece – like a Leonardo di Vinci, or a Michelangelo. You get the picture – right? It is a bouquet of flavors that will tease the palate. Proceed with caution.

This is an easy recipe – but it is a bit laborious as you must stand over the pot and stir… but as long as you have a glass of wine and play some relaxing Italian music, light the candles, dim the lights, set the table – you will have them eating out of your hand…

In a separate pot – heat to a boil then reduce to simmer –  2 large cans of vegetable stock – the big cans… like College Inn size… got it?

Next – Dice 3 good size shallots and 3 celery branches into fine pieces and place in a pot with 3 tablespoons of butter and a splash of olive oil – cook – med-high heat – until soft. couple of minutes. Stir in 2 1/4 cups of Arborio rice – this is very important that you use Arborio rice and not Uncle Ben’s! Stir it around and coat well. Continue to move it around until it starts to brown a bit… not burn – just brown… now…

add one ladle of veggie stock and stir until it is absorbed by the rice – then continue with – one ladle of veggie stock at a time until the risotto is creamy and tender. about 30 mins … At this point you add the zest of 1 lemon and about 1 teaspoon of rosemary… stir. introduce the bowl of cream, lemon juice and parmigiana into the rice – stir well…remove from heat. add s&p and serve immediately.