Markets Focus on the Positives 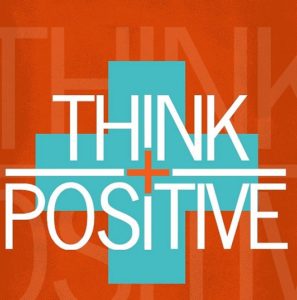 Happy 4th of July! Stocks began the quarter mixed – which was not so much of a surprise to me – although I will admit – I did expect a bit more weakness after the strong second quarter performance and the last minute window dressing we saw on Tuesday – BUT there were some positive headlines that hit the tape early on… headlines that allowed investors/traders and algos to ignore the cries of surging virus cases around the country and re-closures of another 30 Apple stores – bringing that total now to 77 Apple stores that have locked their doors in the face of rising ‘infection rates’.

First, PFE (Pfizer) in conjunction with BioNtech announces early positive results from a ‘36 person’ coronavirus vaccine trial – yes, I did say a 36 person trial (in my mind – hardly substantive at all) – and it was published by them across all social media platforms and then picked up by the main stream media (MSM) – vs. being published by scientists in a medical journal – believe it or not, that does make a difference (usually) but in this case it was an early positive result from a ‘trial’ and we all know that the world is aching for an answer – so chock one up for the ‘good guys’. PFE surged from the opening bell – at one point gaining more than 5% before finishing the day up $1 or 3.2% on the news.  And also remember – yesterday was July 1st – and Gilead is now charging $5200 for Remdesivir – an antiviral that is showing some promise in severe corona cases… recall all the headlines last week when they announced this – suggesting that if they could charge for it – it must be doing something – again being perceived as a positive.

In addition, at 10 am – we got ISM Manufacturing PMI and that gave investors another reason to celebrate… the report came in at 52.6 – up from 49.8 – a move welcomed by the markets as that report now puts us back into expansion mode… recall – 50 is neutral – anything below is contractionary while a number above is considered expansionary. Now IHS/Markit US Manufacturing PMI came in at 49.8 – but investors chose to ignore that report and go with the more bullish one. (ISM is the gov’ts version of Manufacturing and IHS/Markit is a private research company version of US manufacturing… IHS compiles data like this for over 40 economies around the world). This bullish news does follow some similar results that we have been seen in economies around the world that have also begun the process of awakening – think – Australia, the UK, France and Ireland.

Construction spending came in at -2.1% –  much less than the exp of +1% which would be viewed as a negative –  but the explanation there is that the data is lagging… with New Home Sales showing an increase of 16.6% last week – the thought is that someone, somewhere is spending money on ‘construction’ so this number should self-correct next month… again – yes it was a negative number – but the focus yesterday was on the positives.

And at 2 pm – we got the FED minutes from the last meeting and the overwhelming message is that they expect to stick around for some time… but we know this! Fed Chair Jay Powell – told us that rates were to remain at 0 at least until 2022 during his Humphrey Hawkins testimony last month.

So back to the concerns that lie on the horizon… Surging infections, weak earnings and the election…

Once again overnight – reports of surging infections all around the country continue to pour in… the current rate of new daily infections is topping 50,000 on its way to 100,000 by some accounts, while the recovery rates are showing promise and death rates decline – two data points that are being pushed aside – Calls for lockdowns again by some are being met with resistance by others – fueling this latest round of surges… and while there are a number of vaccine projects in the works around the world – none of them are anywhere near ready for mass production and distribution…

Earnings to start in earnest late next week – with the banks leading the way… JPM, C, BAC, WFC, MS, GS all due to report beginning the 14th… Ex dividend dates begin today as companies that are still paying dividends prepare for those payment notices… Expectations for another weak quarter is no surprise and no forward guidance is also no surprise for so many, but the ones that do offer any sense of guidance will surely be rewarded as investors attempt to understand what the future looks like from the CEO suite…

And Joey (Biden) comes out of hiding and begins to make appearances after being held in seclusion for the past 90 days… preparing to challenge Trump on just how sharp his mental acuity is. We are all still waiting on the DNC’s choice for the VP slot as this is a critical decision… considering that Biden has already acknowledged that he would be a one-term president and the expectation is that his running mate will surely be groomed for the top spot in 2024… all very exciting… so what are they waiting for?

US futures are surging again… investors/traders and algos apparently discounting all of the negative news surrounding the virus… while concentrating on today’s economic data. Also – remember – many participants are already on their way to celebrate the long weekend – so expect some volatility. Again- asset managers will place strategic buy orders below current levels and strategic sell orders above current levels to take advantage of any ‘out of the norm’ trading activity today.

Now while it is only Thursday – we will get the month NFP (Non-Farm Payroll) report – (markets are closed tomorrow for the holiday) and the expectation is for the US to have created some 3 million more jobs last month bringing the unemployment rate down to 12.2%. Initial jobless claims is expected to be 1.3 mil and Continuing Claims of 19 million. Factory orders are expected to surge to +8.7% and Durable Goods should come in at 15.8% – all good numbers if they do come in as expected.

European markets are all higher in mid-day trading… credit being given to that 36 person PFE trial results from yesterday… (that’s a bit of a stretch for me since they were just posted ‘online’ and have yet to be reviewed by anyone with a medical degree!)

Overnight in Asia – stocks also surged… even as China began the crackdown on Hong Kong and made their first arrests under the new law… 370 people were arrested – 10 of which were charged with national security law breaches… and this is just day one. Fed Chair Jay Powell credits the surge in markets to the ‘global policy revolution’ adopted by central banks around the world to keep the financial markets operating efficiently in the face of this pandemic while others point to advances being made on the vaccine front… either way – it is what it is… and markets there ended the day all substantially higher.

Oil – once again gains momentum and surges up and through $40/barrel – as demand projections return to favor – even in the face of rising virus cases in the US… The sense is that global economies are re-opening and the world is awakening… and when that happens – demand will surge… this is not rocket science at all… we remain in the $35/$45 range.

The S&P closed at 3115 – with resistance at the 3130 – a level we can breach this morning if futures are any indication. If we do that, then the May highs of 3230 will be the next milestone that the markets will test… funny how last week we were talking of supports levels – and this week we are talking about resistance levels… and what has really changed? Nothing… In fact, you can argue that it only has gotten worse as the virus surges across the country… While we have been in the 3020/3130 range… We could easily break out to the upside today… but beware – it is a holiday shortened week – volumes will be low, therefore exaggerating moves… Earnings are just around the corner – no one expects a blockbuster season at all, but they will be yearning for guidance – guidance which I don’t think they will get with any real clarity… so the markets will decide if they approve or not. Companies will try to manage expectations going into the balance of the year and into 2021… and investors will vote with their dollars… adding defensive names to your portfolio would not be a bad idea – but more importantly – remain balanced in your outlook and in your portfolio. 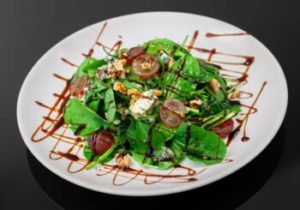 This is an easy salad to make and one that works really well in the heat of summer. It’s lite, it’s cool and a real crowd pleaser.

For this you need –

Pignoli nuts, fresh baby spinach (chopped), Red and Green seedless grapes, Feta cheese (you can substitute Ricotta Salata – but the Feta adds a little zing) and your choice of a strawberry/walnut vinaigrette, or a raspberry vinaigrette – something that brings out the fruit in this summer salad.

Toast the pignoli nuts in a frying pan – for about 5 mins.

In a large bowl – add the chopped spinach, grapes (sliced in half), feta – season with a dash of s&p and then toss with either the strawberry walnut or the raspberry vinaigrette. Make sure that the salad bowl is cold to keep the spinach crisp and green. Serve this with grilled chicken or steak. Quick, easy and great for summer entertaining.