Slow Down and Take a Breath! Try the Porcini Rub… 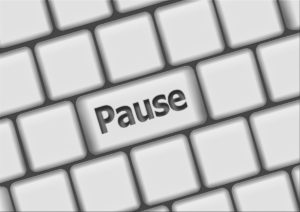 Global Markets tore it up on Monday… stocks surging across every major market center (Asia, Europe and the US) – as investors continue to push aside virus concerns – even as those ‘infection rates’ continue to spin out of control as the main street media makes sure we understand… Investors recognizing that economic data is pushing the limits of improvement as the world awakens, they also sense that earnings – while expected to be bad, may not be as bad as originally expected – giving the algos just another reason to spin out of control and stretch valuations beyond reason at this point… meaning that the market is just a bit ahead of the economic data – as of yesterday the S&P is trading at a hefty 22.7 times earnings – well ahead of the 21.5 times in 2019 and the 16.65 times in 2018… and all this happening when we had to shut the country down and bring economic activity to a standstill… but – what would you expect when you have coordinated central bank policies that keep serving up the Kool Aid – pushing interest rates to zero and below while pumping all kinds of money into the system leaving investors with little choice about where to go… In fact – the PBoC (Peoples Bank of China) being the latest after they ran with the headlines on Sunday to make sure that they ‘feed the beast’ to assist their economy as it too rises from the ashes… then add in the good news about virus therapies/vaccines and BOOOMMMM! It’s off to the races!!!

And if that wasn’t enough to ignite the engines – we then we learned that Uncle Warren (Buffett) is all in! Buying Dominion Resources natural gas business for some $10 billion – a drop in the bucket for Berkshire (he has about $130 billion just sitting around in his checking account)  – but ‘what a statement of desire’ by the Oracle of Omaha… I mean – recall that 2 months ago – he sold all of his holdings in 4 major airlines – at or near the bottom, and then told everyone that he was sitting this one out – because he couldn’t find ‘a thing to buy’! As you might remember – this caused a ‘hiccup’ in the action that day – with long time Buffet Groupies – lamenting over the state of the markets wondering if Uncle Warren was out – then they would be out as well… I mean recall Scott Wapner’s twitter question that day… “How could anyone buy a stock if the Master has tapped out?” And then as if scripted – both Davey Tepper of Appaloosa and Stanley Drukenmiller of Duquesne Family Offices took to the airwaves echoing Uncle Warrens sentiment – telling viewers the next move was a test of the March lows – in fact Stanley went so far as to say that “the risk-reward for owning stocks right now is as bad as I’ve ever seen it..” – Yeahhhhhh (stretch it out…) How’d that work out?

That was 13% lower from where we closed yesterday – just sayin’. I mean – no ill will, just a few laughs… but why everyone seems to think that whatever the Oracle does is what they should do is just a bit beyond me… I mean – look at Berkshire Hathaway (BRK/A) – it is actually down 18% ytd vs. the broader market which is now off 1.8% ytd. Recall one of the most intuitive lines spoken on May 14th by another legendary investor Nelson Peltz (who flies under the radar…)  – “The Oracle of Omaha is at liberty to do with his cash as he wishes but that doesn’t mean Trian can’t selectively invest in stocks it sees as compelling opportunities”.

Technology once again just ripping it apart… AMZN surging $166 or 5.7% piercing $3000 for the first time, NFLX making new highs, FB, MSFT, GOOG and APPL all joining in the fun rising more than 2% each as investors just push any fear or concerns about covid 19 aside – because these companies have actually been huge beneficiaries of the virus… as they have assisted the world in working through this mess. And communication stocks represented by the XLC – rose 2% as well as those names have also been important for the world during these times of stress… JETS (airline stocks ETF) rallying more than 2% as traders and longer term investors jumped in after this group had backed off from its most recent surge…

Growth stocks – seen through the SGX ETF surged ahead by 2% as investors look for and pump money into the markets… Value names represented by the SVX not doing nearly as well – rising only 0.97% – but hey – remember the famous Aesop fable  – The Tortoise (value) and The Hare (growth) – slow and steady wins the race! Because when the market turns (and it will) expect that the high flyers (growth) will get clocked… but hey… enjoy the ride for now!

(Just for clarification – Uncle Warren is the tortoise in this story – it was always methodical, slow, and steady… See what I mean – it does work over the long run – patience is a virtue)

US futures are down… (gasp!) Dow is down by 280 pts, the S&P is off by 28 pts, the Nasdaq is off by 52 pts and the Russell is looking 20 pts lower… suddenly rising virus concerns are top of mind again as some US states begin to re-impose stricter lockdown measures… Miami at the top of that list and now the WHO (World Health Org) is sounding the alarm bells over how the airborne spread of the virus is causing new concerns… (Why is that suddenly new? Weren’t we always concerned about the airborne spread as people coughed?)

Additionally – it makes perfect sense that investors/traders and algos take a breather after one week of nothing but gains… Tech names seeing some weakness this morning (do I really need to explain why?). On a side note – we have another biotech in the race for a cure… Novavax (NVAX) was just awarded a $1.6 billion contract to develop, test and manufacture 100 million doses of a ‘potential vaccine’ by January… The award comes from a program known as “Operation Warp Speed” – a program that is supposed to accelerate access to vaccines and treatments… sounds like CEO Stanley Erck just hit the lottery… the stock is up nearly 50% in pre-market trading (that’s a $2 billion kiss in shareholder value)… holders like D.E. Shaw, Blackrock, Franklin, Millennium will need to consider whether this move is enough to get them to peel some of their holdings and cash in – giving them an opportunity to re-invest that found money into new opportunities… It’s all about ‘risk management’.

Asian markets were mixed after the party on Monday… Australia stocks – which did not participate in Monday’s rally was unchanged on Tuesday after the RBA (Reserve Bank of Australia) kept its policies on hold – meaning they did not cut rates, they did not add more money, they did not start buying stocks etc. –  and the markets had assumed that on Monday… Stocks in China did move ahead rising 0.6% on top of the +5.6% on Monday after the gov’t promised to serve up more Kool Aid… Hong Kong fell 1.4% as that country begins to deal with stricter rules imposed upon it by Beijing and companies serve up their own protests… Many technology companies re-thinking how they will deal with this new paradigm… ZM, MSFT, FB, GOOG, TWTR, et al have all now decided to NOT process data requests from the HK over concerns that the new rules imposed by China will make some data requests a crime… the gov’t has also threatened imprisonment for service providers that fail to remove certain information that it finds ‘anti-anything’ (yet to be defined so it’s all up for grabs). In addition, the US has already revoked some of the trade benefits after the new security laws went into effect as the US fears that the new law signals China’s intention to take control of HK. This continues to be a developing story… stick around… this is only chapter 1.

In Europe – stocks there are also taking a breather all down more than 1% across the board… German Industrial Production – while positive at +7.8% was well below the expectation of +11.1% – recall this is coming off of a spectacular decline of 17.5% in April as the virus took hold… In addition, the EU Commission CUT its GDP economic forecast for the 27-nation region expecting it to contract by 8.3% this year vs the May forecast of a decline of 7.4%. On a brighter note – they do expect the group economy to rebound by 6.1% in 2021.

Oil – is down 57 cts or 1.4% at $40.06/barrel… and this is because they are ramping up the virus ‘lockdown’ story again… suggesting that it will dampen any recovery in demand… Now this is hysterical… for the last 2 months, the story was all about how demand projections were pointing up… returning to favor – even in the face of rising virus cases in the US… and this morning they are using that same argument to create a negative story… don’t get drawn into it… global economies are re-opening and the world is awakening… and demand is fine… this is not rocket science at all… we remain in the $35/$45 range.

The S&P closed at 3179 – after trading as high as 3182… Remember, I said that if we breach 3130 then the May highs of 3230 will be the next milestone that the markets will test – We got close yesterday and while today may see a small pullback – I am still of the belief that we test 3230 before we test trendline support at 3025. 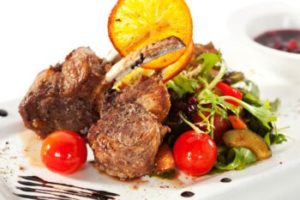 For this you need: Dried porcini mushrooms, sugar, s&p, garlic, olive oil and balsamic vinegar.
Porcini Rub: Grind 1 oz of dried mushrooms until fine… you can use a mortar and pestle or a food processor.

Next combine the mushroom powder with 2 tblspns of sugar, 1 tblspn of S&P, 4 garlic cloves and about 1/4 cup of olive oil. Set aside. You can make a container of this rub up to this point and store in the fridge in a sealed jar. When you get ready to use it – take it out of the fridge and let it come to room temp. Mix and then massage it into your meat of choice. I would use this on a rib-eye or on lollipop lambchops…

For the Lollipop Lamb chops – massage the chops with the porcini rub – both sides – place on broiler pan and let rest for 20 mins or so.

Turn the broiler on high – and place the chops under the broiler. If you choose, you can also do these on the grill but beware – they will cook fast – so stay tuned.

You want them to be juicy yet a bit crusty… Once they are done – arrange on a bed of arugula salad – seasoned with s&p, fresh lemon juice, a splash of oil – drizzle some nice balsamic vinegar over the top and serve.

Tagliata (tal-li-ata) is just the way you serve it. Sliced and fanned out on the plate topped with the arugula salad and shaved parmegiana cheese.