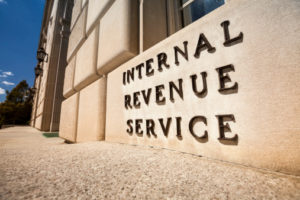 What FED commentary? Why the angst? Apparently, the nervousness created on Wednesday afternoon – was unnecessary… Investors & traders reconsidered the language, discussed it, and even digested it and then decided it was all baloney… What me worry?  Nah! Let’s keep going… and so on Thursday – investors/traders and algos took a breath in the morning – as it appeared the pressure was on… Asian and European markets were lower, and the tone was a bit negative – US futures were pointing lower in the morning, the bell rang and stocks fell… for all of about 1 min… the S&P opened 15 pts lower and then found support at the 3360 level – and the rest is history… the sellers sensed that the buyers were defending that position and BOOM – here we go again… By 4 pm the Dow added 46 pts, the S&P was up 10 pts, the Nasdaq gained 118 pts while the Russell took it on the chin a bit – falling 7 pts as the eco data suggests that the US economy may not be improving as fast as expected… (Whatever!)

The Wednesday FED commentary had caused Asian and European markets on Thursday to reconsider exactly what the FED was doing, and it was clear that they were just as confused as the Americans were on Wednesday… The first reaction was ‘risk off’, peel some money off the top, take some profits and either re-allocate or just put it aside and wait for the selling pressure to crescendo…

US Eco data in the morning was a bit disappointing and it gave people an excuse or at least a chance to reconsider the latest surge up… Jobless claims were up, Philly Fed Survey was up but down from the expectations….tensions between US/China continue to rise while the chaos between the Republicans and Democrats over more stimulus shows no sign of abating and now it’s an all-out assault on the Post Master General as Democrats (and some Republicans) demand he get thrown out of the job before the it’s too late…

The DNC preparing for the final curtain – finishing up its 4-day virtual convention with Joey taking the stage to formally accept the party’s nomination… all the chatter during the day was about – What will Joey say? How will he say it? Will he get personal? Will he throw Trump under the bus like so many of the prior speeches did? What about his economic plan, taxes, healthcare, ally relationships, and ultimately – what about the ‘state of the union’?

So, I’m gonna rant here for a bit…

I’m just gonna say one thing… when I hear the candidates say that some corporations pay ZERO taxes – It does make me wonder – What the hell is going on in DC?  What are all of these elected officials thinking? And that is across the board on both sides of the aisle… So just like Americans are subject to an ‘alternative minimum tax’ just in case their regular tax bill isn’t enough – why can’t we just impose ‘an alternative minimum tax on corporations’? I mean is that really a radical thought? Would these corporations close up shop and move to Ireland? It’s ridiculous…

Is Timmy, Jeffrey, Lonnie or the Walton’s or any of the other successful CEO’s that run US multinational companies really gonna scream and yell about their corporations paying something? I mean when you see that they earn $50 billion in ONE quarter – is it really out of line to suggest that writing a check for $1 or $2 billion extra is out of line? I mean the numbers are ridiculous, you could bury that in a footnote if you had to… or better yet – they could actually highlight their commitment to helping to change the country, their top line announcement should be:

“We earned $50 bill this quarter and we paid $X billion more than required because it’s the right thing to do” Investors would love that… and they would embrace it… They would reward the management with a flood of buy orders! Stocks would rally and everyone would win!

Think of it as a brand building patriotic act!

Isn’t it PATRIOTIC to pay taxes (that’s what they tell us) and support the nation that GAVE you the opportunity to create a business that changed the world? And this is not about taxing the CEO’s or billionaires – (that’s another conversation) this is about all of those comments that detail the fact that these companies pay NO TAXES… It’s infuriating to the average American to hear this (and then you wonder why everyone is disgusted) and then wonder how these same elected officials can talk about raising the tax rates on us – vs. sitting down at the table with these large corporations and hammering out a ‘Patriotic Corporate Tax’ – one that investors would embrace and reward MUCH the same way they embrace and reward corporations that support ESG and other climate saving initiatives or the way they embrace corporations for working towards real ‘change’ in diversity initiatives that are now changing the world? In fact I would be the first one to stand up and REWARD Apple, Google, FB, Amazon, etc.… for paying taxes to make this country stronger – Buy recommendations across the board… just think about that for one minute… How many investors would reward management for doing the right thing? Isn’t that what investing is all about – DOING THE RIGHT THING? Or am I being naïve?

This morning… US futures are teasing just south of the closing numbers… Dow futures -15 pts, S&P’s -4 pts, Nasdaq -1pt and the Russell -2 pts… This week was exciting… the S&P retook its prior 2020 high making 2 new highs during the week while the Nasdaq continued its march higher… The Dow now only off 2.8% from its high while the Russell (small cap/mid cap) remains 7% lower. Investors need to consider what to do next… as the lion’s share of these gains can be credited to a handful of tech stocks… Do I need to name them?

OK – Apple is now the first $2 trillion American company that is nothing but a cash generating machine… so HERE is what I mean… Apple has more than $210 BILLION as cash on hand… and it continues to generate about $1 billion per DAY- so what am I missing? If Timmy announces that Apple is writing a $20 bil check to the Treasury today – would investors abandon the stock? Do you think that Wellington, Vanguard, Fidelity, State St, Blackrock, Berkshire, T Rowe, Northern Trust, or any of the other top 20 holders are gonna FLEE? Really? Are retail investors gonna say – ‘Oh no, Apple wrote a $20 bill (additional Patriotic Tax Check) to the US Treasury -so it’s time for me to get out?” Doubtful… in fact – again I say – investors would celebrate… So now think of the rest of them… I mean what are we really talking about here? If this is a ‘tough’ conversation to have – then I need my head examined…

Stocks in Europe are down small… as the week comes to an end… Eurozone PMI (purchasing managers index) fell to 51.6 down from 54.9 – which is a bit disappointing but still in expansionary mode… The UK reported August PMI at 60.3 (a stunningly positive number) and a marked improvement over July’s 57.0.  The focus now is about geo-political tensions… and the coming US election… Will Asian and European investors celebrate a Biden win or not? There appears to be a bit of confusion – are trade negotiations returning or not? Some think yes, but the administration is staying mum on the subject – only adding to the confusion… And across the continent the ECB (European Central Bank) minutes suggest that policymakers are now debating the ‘flexibility of its landmark Pandemic Emergency Purchase Programme (PEPP). With 3 hours left until their closing bell rings we see the FTSE -0.13%, CAC 40 -0.15%, DAX -0.06%, EUROSTOXX is -0.16%, SPAIN -0.33% and ITALY  -0.35%.

Oil is down 44 cts at $42.38/barrel… but closer to breaking out and up thru resistance at $43.30… remember that we discussed the converging trendlines… and we are stuck between them… $40.65/$43.30… Talk of OPEC+ now re-worried about building supplies suggest that some producers need to slash production to keep the demand/supply equation in check. Ok – that’s today… tomorrow it will be a different story. My bet – demand is not drying up, the world must continue to spin and when it does it will use energy… and the recent blackouts in CA speak to that issue directly… they are abandoning fossil fuels in the name of renewable which is good, but clearly we are not there yet… How much longer are Californians gonna put up with that issue? Stick with me… demand is not going away… and producers do not want to see prices fall… Capisce? 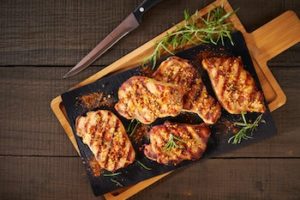 Try this great summer salad that uses sweet blueberries and walnuts to complement your weekend BBQ.

For this you will need: Mixed greens of your choice – I like arugula, spinach, some boston bib. Fresh blueberries, crumbled gorgonzola cheese, toasted/chopped walnuts, Oliive oil, balsamic, s&p and a splash of fresh lemon juice.

This salad is easy to make, fresh, a bit different and goes well with the simple grilled pork chops.

Rub a couple of chops with olive oil, s&p – just enough to massage the chops and prepare them for the grill. Place chops on grill and sear for about 3 mins then turn over and continue cooking for another 4 or so mins on reduced heat. Do not burn them.