Is the Worst Behind Us?/Try the Balsamic Chicken 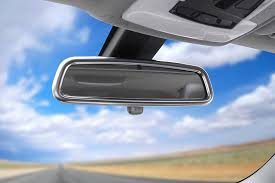 Stocks surge as the S&P decisively pierces 3400 as corona virus treatment improves and cases drop significantly… the Dow Industrials surged by 378 pts or 1.35% leaving the Dow less than 1% away from flat on the year, the S&P added 34 pts or 1% closing well into 3400 territory and make a new closing high, the Nasdaq continues to push higher – rallying 68 pts or 0.6% making a new high, the Russell surged by 15 pts or 1% and the Dow Transports soared by 208 pts or 1.9% – by far the best performing index of the group and one that suggests a broad rebound across the board – because as its name dictates – it is the transportation index – and when rails, truckers, air, shipping all begin to show signs of life – then you can expect that the global economy is alive and well. Oh! And demand for energy ain’t so bad either! (more below)

So on Sunday evening the FDA and President Trump took to the podium and announced the emergency use of convalescent plasma taken from recovered Covid-19 patients as one form of treatment for seriously ill corona patients and in addition Trump also hinted that he was going to fast track the vaccine being manufactured by AstraZeneca – one of 6 vaccines being developed around the world.

Investors/traders and algo’s loved it… you see – any news that sounds even remotely positive concerning the virus is going to send markets higher initially as everyone wants this to be over… but at the same time – you can expect at some point that the naysayers will succeed in turning the positive into a negative for one reason or another – as we have seen – not enough time, or not a big enough trial, or mixed results at best, or side effects that weren’t expected – you get the picture, right? Overnight – Dr. Fauci told Reuters that this is a bad idea… pushing the FDA for a speedy approval is never a good idea for a vaccine – and while most would agree, there remains a move to push for something… the world is aching for a cure and when it appears positive – investors will react.

After the announcement futures soared, stocks in Asia were the first to respond – and it was all good sending those markets higher and then as the sun set on Asia and rose in Europe – investors/traders and algos prepared for an up day – and when the sun made its way across the sky and rose over the Atlantic futures were up triple digits on the Dow and Booommm! It was off to the races…

The sharp rally in all of the indexes tells us that investors are placing a bet, a bet that the end is near and that the worst of the economic pain has passed –  now psychological pain – well that’s a different issue and one that is sure to be discussed for years to come. Either way – remember that markets are a leading indicator and they usually recover first – even as the broader economy feels a bit weak – and these past couple of months are confirming that – as the indexes made or are attempting to make new highs… suggesting that the global economy is on the mend…

And if the global economy is alive and well – by default you can also expect that ‘demand for energy’ is alive and well – capisce? I mean, what do you think powers all of that transportation – the wind? Or solar? Or oil? – think gasoline/diesel. (What have I been telling you???) Oh and speaking of demand for energy… the rolling blackouts across California should be a telling sign that demand is high – but hey – they are eliminating fossil fuels to create power, depending instead on the wind and the sun – and while that’s good – how do you explain to the residents of CA that their lights are going to have to go out like they do in Venezuela, or Cuba –I would love to see how residents in NY would react to those same rolling blackouts… don’t even get me started… you think it’s bad in NY now… You have no idea…

Energy rallied hard – ending the day up 1% –  while the energy ETF surged by 2.7%… all of this while many of them move to cut production in the Gulf of Mexico as we prepare for a double storm that is about to hit the coastline – Marco hit last night but as a tropical depression, Laura is expected to hit later this week and some are describing it as a nightmare… She is now over the gulf, trying to reorganize and it will have 48 hrs to intensify… should be classified as a category 3 hurricane within 48 hrs… a devastating blow for Texas and Louisiana… but that does not suggest that they are closing those rigs due to lack of demand – oh no – all it means is that they are preparing for the storm – once it passes – expect production to increase… because demand will increase… This morning oil is off by 7 cts. At $42.56… as the two trendlines continue to converge… with support at $41.16 and resistance at $43.30 – again – it is going to break out or break down by the end of this week… and my guess is that it breaks out… pushing up and thru resistance… stay tuned.

Now in addition to the virus treatment news – there was also other news concerning the rate of infections in the virus… On Sunday – there were only 37,000 new cases reported across the country – that is down from the 74,000 cases earlier in the summer… or a drop of 50% and that too sent a ‘reality check’ shock wave thru the country as it appears cases are dropping – yes – some people will say that 37,000 new cases is a lot –  but that’s down from 74,000 cases a day back in July… so let’s be honest and focus on the positives… cases are coming down and treatments are improving… can we please stop the hysteria… because it is not helpful at all.

Technology – led by Apple continues to power this story… rising by 1.2% as investors can’t seem to get enough of it – just ahead of its 4:1 split on Monday… but let’s be clear – just so all of the Robinhood traders understand – nothing is going to change with your dollar value of any apple holding you have… if you own 25 shares at $500 – or $12,500 worth – then on Monday you will own 100 shares at $125 or $12,500 – so the mad scramble to by Apple just because you think there is some magic in the split is misaligned… nothing will change in terms of value, but what will change is the sense that it is more affordable potentially causing a new generation of investors to join in the fun, creating new demand and that’s always good. Either way – Apple is Apple – it should be a core holding in anyone’s portfolio – Period. That along with the likes of the usual suspects took the XLK (tech ETF) up 0.86%. (Usual suspects include FB, AMZN, NFLX, GOOG, and MSFT). The XRT (retail ETF) rallied by 1.7%, JETS (airline ETF) soared by 5.6%, XLE (Energy) was up 2.7%, XLI (Industrials) up 1.8%, XLF (Financials) up 2.4%, IYM (Basic materials) up 2.08%, XLY (Consumer Discretionary) up 1.5% and XLC (Communications) rallied by 1.2%.

Thursday and Friday also bring us the annual Kansas City Fed – Jackson Hole Symposium – usually a ‘boondoggle’ of a trip that includes International central bankers, Federal Reserve Officials, academics and private sector economists. It is a highly anticipated event as it gives us an idea of what the global brain trusts are thinking and debating but is usually a big non-event in terms of immediate action… and for most of us – we already know that the US FED is committed to keeping rates at zero thru the end of 2021… so we will have to wait until next year’s symposium to get a sense of what 2022 will look and feel like. This year’s title:

“FED Chair Jay Powell is expected to give a decisive speech concerning how the FED will now look at inflation – and that they are expected to allow inflation to rear its ugly head before doing anything to slow it down… this is significant – as it changes the way Paul Volcker dealt with inflation in the early 80’s when it was running at 10% and rates had to go to 21% to try and reign it in… remember that rates today are essentially zero and inflation is supposedly running at 1.6% or so… and that’s debatable if you are anyone that goes food shopping… food inflation is certainly much higher than 1.6%… but hey – What do I know? Let’s see how this goes, because my sense is that once inflation kicks in – it’s off to the races! Inflation will surge and before you know it – we will be dealing with 5% – 7% inflation as the Fed then tries to scramble to raise rates to slow it down… and my guess – it will be too late… but let’s hope not…

European markets continue to surge… with the group all up more than 0.5% across the board…

This morning the S&P is at 3431 – well into the new century… and now well into new unchartered territory… So what do you do – you begin to draw trendlines to determine levels of resistance… it’s anyone’s guess… and with word that the US and China have come together overnight to discuss the implementation of Phase 1 of the trade deal – is only helping the tone by eliminating some of the tension in the air… US futures are up – Dow + 154 pts, the S&P up 12 pts, the Nasdaq up 24 pts and the Russell up 11 pts. Remember – it’s a big vacation week – so lack of participation can lead to exaggerated moves. (in either direction…).

News that the Dow Industrials are about to go thru a major change is also causing some action… Pfizer, XOM and RTN coming out, while Salesforce, Amgen and Honeywell are going in – and this is definitely a sign of the times as the Dow industrials goes thru this face lift. Remember – any fund that mimics the Dow will now have to sell PFE, XOM and RTN and buy CRM, AMGN and HON to remain focused… so expect selling in the first 3 and buying in the second 3 for no other reason than to rebalance the fund. 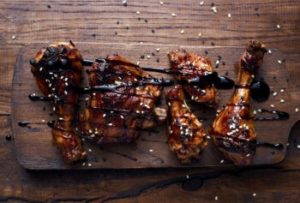 This recipe is a family favorite. It is a great dish and you can make it for a big party or get together… simple to do and presents beautifully on the platter.

Soak & clean the chicken. Pat dry on paper towels. Arrange in a roasting pan.  Drizzle with olive oil, rub it onto each piece. Season with salt & freshly ground pepper.

Roast the chicken in the middle of a 400-degree oven for about 45 minutes. Check the pan every 15 minutes or so and remove any excess liquid with a turkey baster. The object is for the chicken to roast, not braise. Save the juice on the side in case someone wants some with their meal.

After 45 minutes, drizzle the chicken with good quality balsamic vinegar, add the olives, turn the heat up to 450 degrees, and roast for 15 minutes more.

You can serve this with a nice green vegetable of your choice, roasted potatoes or rice. Always include a tossed green salad.