US markets were on fire… it is BOTH Thanksgiving AND Christmas! I mean it is 2020, anything can happen, and it appears that even though the Macy’s Thanksgiving Day Parade is not happening – Santa did arrive on his sleigh!

The Dow was trading at 792 in the summer of ’82 – when the greatest bull market of our lifetime was born… I was 20 years old and a kid without a care… today (only 38 yrs later) –  I am 59 yrs old with more cares than I care to count! Things that did not exist in 1982 – are all the rage today… Technology, the Internet of Things, Electric Cars, Hydrogen Cars, Self-Driving Vehicles, Artificial Intelligence, Alexa, Siri, SpaceX, Tesla, FAANG stocks (replaced the ‘Nifty Fifty’ – hahahaha… now you know the millennials and Gen Zer’s have no idea what those were) and this thing called Bitcoin (which is challenging how we think about money)

And now the whole idea of communicating and communication stocks has been completely redefined… AT&T which was considered the ‘mother of all stocks’ was also considered a monopoly in 1982 – and in 1984 congress broken it up – Out of that breakup – 7 new ‘state of the art’ companies were born (None of which exist today) … Who remembers that? Who can even name them? They were – NYNEX, Pacific Telesis, Ameritech, Bell Atlantic, Southwestern Bell, BellSouth, and US West. Today congress considers another set of breakups – some of the FAANG stocks – but not because they are monopolies per se, but because they have gotten so big and so invasive that they are trying to regulate who does what, who knows what, who can say what and who has ANY right to privacy. Yes, these are only a fraction of the concerns – and this story is still in the first chapter – but that is about to change… Strap in…

Since then, we have had a peanut farmer (Carter), an actor (Reagan), a father and a son (Bush and Bush) a Governor of Arkansas (Clinton), a Jr Senator and the first African American (Obama) and a reality TV host (Trump) and now the oldest and longest serving member of Congress (Biden) as President. We had Walter Mondale select Geraldine Ferraro for VP in the 1984 race (they lost) we had John McCain select Sarah Palin in 2008 (they lost) and in 2019 we had Biden select Kamala Harris (an Indian/Black American) and they won! We have lived thru 2 massive crashes – (’87 where we lost 22% in 6 hrs and 2007-2009 – where we lost 65% in 2 yrs), we saw the birth of the internet and this thing called the WWW (World Wide Web), the dot com boom and bust, the turn of the century, terrorist attacks, wars, more terrorist attacks and more wars… and in 2007 saw the beginning of the complete collapse of the global financial system, central banks around the world ran to the rescue and pumping in so much Kool Aid we have no idea what’s next… and in 2020 – the world got hit with a pandemic – a virus that swept the globe and caused whole countries to ‘go to sleep’ causing untold damage both financially, personally and physically… Citizens around the world lost their fight to this virus as we raced to find a cure… and the world prays for them… and the list goes on… but the Dow, the S&P, the Nasdaq and the Russell continued to represent opportunities for investors around the world… It is the true American Story and Dream… It is what binds us… And last night at 4 pm – American Capitalism made history again… The WSJ makes the announcement in this morning’s paper… It is a global headline… not just an American story!

Today – there isn’t much more to say about the markets… the issues of yesterday are the same issues today… the Virus, the Vaccine, The election, The transition, Holiday travel, blah, blah, blah… Investors and markets will deal with it… This morning global markets are churning… US futures are not doing anything dramatic… Dow -61 pts, the S&P off 3, the Nasdaq up 32 and the Russell down 5.

European markets are a bit lower (churning) while Asian markets were mixed.

The S&P closed at 3635! It did tease the most recent high at 3645… and failed… (not surprising) … it’s only a matter of time.  Look, the WH fight is all but over, the vaccine only weeks away from being available, news of a Biden cabinet coming together and the upcoming FED meeting where no change is expected will all drive the short-term move… Santa has arrived, now will he stick around and keep giving away toys or not? We’ll see.

Today begins the Thanksgiving Holiday – let us be thankful and grateful for what we have. Let the fortunate reach out and help the less fortunate – consider donating time at a food bank tomorrow, consider sharing food that you have with those that have less, consider buying a thanksgiving meal for a family in need – consider those less fortunate than you.

And while we say ‘Happy Thanksgiving’ it almost seems inappropriate considering how so much of the country is in despair… consider reaching out.

Take good care.  I am off until Monday… Stay safe and wear the mask! 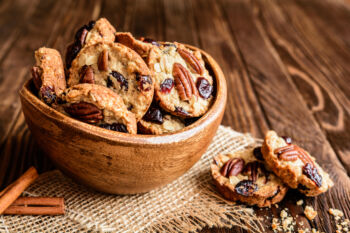 Sample the Bacardi to check quality. Take a large bowl, check the Bacardi again, to be sure it is of the highest quality, pour one level cup and drink.

Turn on the electric mixer. Beat one cup of butter in a large fluffy bowl.

Add one peastoon of sugar. Beat again. At this point it’s best to make sure the gold rum is still ok, try another cup just in case.

Turn off the mixerer thingy.  Break 2 leggs and add to the bowl and chuck in the cup of dried fruit. (Pick the frigging fruit off the floor.  Mix on the turner).

If the fried druit gets stuck in the beaters just pry it loose with a drewscriver.  Sample the Bacardi to check for tonsisticity. Next, sift two cups of salt, or something. Check the Bacardi…

Now shift the lemon juice and strain the nuts. Add one table. Add a spoon of sugar, or whatever you can find. Greash the oven. Turn the cake tin 360 degrees and try not to fall over. Don’t forget to beat off the turner.

Finally, throw the bowl through the window, finish the Bacardi rum and make sure to put the stove in the wishdasher…