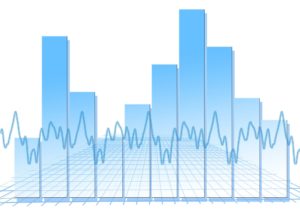 Stocks edged higher on Wednesday – after opening lower in early trading… progress in DC on a ‘targeted’ (read much smaller) stimulus plan and word that the Brits approved the PFE/BioNTech vaccine all making the headlines… By the end of the day – the Dow gained 59 pts, the S&P advanced 7 pts the Nasdaq fell by 6 pts and the Russell added 2 pts.

It’s Thursday… markets around the world are mixed, US futures are mixed, The Brits are celebrating over the administration and distribution of the vaccine, The Rockefeller Christmas tree was lit, news that Nancy and Chucky (Pelosi and Schumer) are now ready to accept a $900 billion stimulus plan and OPEC+ should be making some kind of decision on what’s next for oil production? Will they continue to keep the current cuts in place or not? Let’s start there…

Analysts around the street are mostly in agreement that they will extend the cuts… the market IS pricing that scenario in place and as a result oil prices have risen substantially, some 32% since November 1st. This morning WTI -West Texas Intermediate is trading at $44.90 while Brent North Sea is trading at $48.25… Any sense that OPEC+ does NOT reach an agreement will surely send oil prices careening… and energy names lower… Like oil – energy names (XLE) have also surged in November – rising 38% for the month… so this trade remains on the ‘edge’… what will we hear? And we are expecting to hear the decision today… so hold on – it’s coming… My gut tells me that OPEC+ will extend the cuts… Look – the vaccine is now really changing the story…Why? Because it’s actually here… we’re not discussing if and when, we are now discussing now and how (to get it distributed) and that is revving up the markets… The world is about to re-open, businesses will get back to ‘normal’, cities will come alive, and demand will surge… And when demand surges – then we can expect energy needs to surge as well and when energy needs surge – we can expect energy prices to rise especially is supply is artificially held in check… Capisce?

Next – news this morning that Nancy and Chucky are ready to sign on the dotted line are also making the headlines… But what is interesting is that they are ready to sign a $900 billion deal – this is stark contrast to the deal that the GOP had offered only one month ago (Recall that the GOP offered a $1.8 Tril deal vs. their $2.4 Tril deal) … What happened?  Is it that they are feeling the pressure finally to ‘do something’ as unemployment benefits are due to expire on December 26th?  Are they conceding a Georgia senate race LOSS on January 5th and so want and need to get something done?  Were they encouraged to make a deal by the latest Biden commentary that ‘any deal made during a lame duck Presidency is surely just a start’… Because once he takes over – he may be able to bring both sides to the table to negotiate part 2 of this deal which could see a deal that is more in line with what they really want?  And what if the DEMS win the Georgia race which puts them in complete control of the executive branch – then we can surely expect a ‘bigger’ plan on top of this $900 billion… which they could then use to say – “Look what we did! We passed a $900 bill plan and now we are passing an additional $3 tril plan! So, we got even MORE than they wanted to give us!” But understand that Sentate Majority Leader Mitchy McConnell is rejecting that plan and is now offering a $500 bill plan… Oh boy – it is a tangled web we weave…

Next we are hearing that there are a bunch of ‘smart money guys’ (asset managers) crying afoul… they have supposedly missed out on this rally and are now in a state of FOMO… (fear of missing out) which could drive prices higher over the next 3 weeks (as they rush in) … and that makes me curious… because it is exactly these guys (both men and women) that are paid to know what to do, they get paid to read the tea leaves, they get paid to be on top of it, they don’t get paid to be indecisive, they get paid to make decisions… so when I hear that they have ‘missed’ this move – it always makes me ask – What were you doing? And if you were convinced that the market would retreat and it did not – then stand by your commitment… and DO SOMETHING ABOUT IT. By the way – I too expected the market to retreat, but that does not mean I wasn’t actively managing and putting money to work in names or sectors that did provide opportunity when we saw those days of weakness. And sectors that continue to be hot – weren’t really an issue, because I had exposure, so I participated… This is NOT rocket science, but it is a discipline. FOMO should NOT be an issue for asset managers at all… and when it is – It makes me wonder… just sayin’…

This morning US futures are flat… there is nothing really new this morning that will serve to send mkts substantially higher or lower… so it is the churn – very much like what we are seeing in Europe. The headlines all suggesting that global markets ‘are pausing to catch its breath’… and that is about right… we have a substantial move up for a while now… and that has caused valuations to become a bit stretched – so two things can happen… One – the market re-prices (thus the pullback that some of the asset managers had hoped for) or Two – it can just churn in place until the economics catch up to the valuations… so – make your bet and then execute…

Yesterday’s eco data was ok… (but remember it is now December) ADP Employment Report – only showed a gain of 307K jobs vs the exp of 430K – a miss of 30%… So the sense is that maybe Friday’s NFP (Non-Farm Payroll) report could be weak as well and if they miss by 30% then that report would show 334K jobs created – remember that the current estimate is already 30% below last month’s report… so – watch out… the NFP report does carry some weight… and many in the industry will make decisions about what this means for the broader economy… Today’s eco data includes the usual suspects… Initial Jobless Claims of 775k, Cont Claims of 5.8 mil, Markit US Services PMI of 57.5 (very strong) and since we are a 70+% servies based economy – this is a highly watched number. Weakness in this number will give mkts a reason to pause…

Oil is also pausing as we await news out of the latest OPEC+ meeting… remember – expectations are for them to extend the production cuts of 7.7 mil bpd through March 2021. Now remember what the vaccine means… (see above commentary) … so hold tight… Either way – I think the range remains $40/$50 range… If they don’t reach an agreement – a fall to trendline support would not be out of the question… Current cuts are priced in, extending some cuts or increasing supply by a little – is slightly bearish… and if they don’t reach a deal at all – the BOOOMM! (while possible, NOT likely). Watch the clock – meeting starts at 8 am EST… we could get news around noon… if noon comes and goes, then look for oil to weaken… Just my thoughts…

The S&P closed at 3669 yesterday (another new high). This morning it feels like it wants to march in place… maybe pull back and churn. News of out DC and news out of Vienna (OPEC) will be the focus… The jury is still out… did the Santa Claus rally already happen or are we in for a December surprise? You know how I feel – so it would not surprise me to see the markets churn into year end… Get ready for the second Christmas eve fish dish – see below.

I have included my YouTube video of me making this dish – It has all the ingredients and you get to see me live and in color – is there anything better?