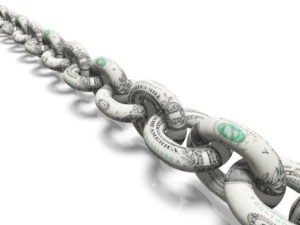 So the FED comes out and attempts to clarify the policy, they upgrade their inflation estimate, they maintain current policy for now, they told us that they talked about talking about when to begin to taper,  and they announce that the members of the FOMC (Federal Open Market Committee) have decided that it probably makes sense to raise rates not once, but twice in 2023 – as they combat inflation and try to begin the process of normalization.  The fact that the FED was preparing to raise rates sooner suggested that they were prepared to get out in front of the building inflationary pressures. That is good right?

Well, yes and no…I mean it’s’ good that they clarified but then that very clarification has consequences…..the inflation trade that many had piled into in the weeks prior began to come undone, the trades that reflected the idea that the FED was prepared to let inflation run hotter for a while suddenly wasn’t the idea any longer – that reflected in the fact that they changed the course on when to begin raising interest rates…recall the line was ‘through 2023’, which meant early 2024, but now – it seems rates are set to rise in mid-2023 and then again at the end of 2023….and that caused a short term change of heart….and it also sent another cryptic message – would an earlier change in rates derail the robust global recovery? Would all of those recent plays come under pressure in a slowing economy?

I mean, its comical really…..we are in the middle of a massive robust recovery post the pandemic, rates are zero, inflation is heating up, cyclical, value and recovery stocks are making new highs as investors go all in while the high growth names – think tech, think Nasdaq –  naturally came under pressure in that story….and we saw that rotation happen over the last couple of months….Value stocks had been outperforming growth by a wide margin.  The Dow, S&P and Russell (small and mid-caps) surging ahead by the end of the 1st quarter – I mean the Russell up nearly 20% in the first 3 months.  Yields spiked higher in February causing many to attempt make the call…. what rate would be the tipping point that would derail the rally – 1.7%, 2%, 2.25%?

Well, we never got there, yes 10 yr. yields spiked as high as 1.75% but quickly retreated, the FED unfazed by the move as they held the line on their policy statement. Other central banks around the world waiting on a clue from the FED before making a move. And then ahead of the meeting the commodity complex began to unravel – Lumber, copper, gold all falling – suggesting that maybe the commodities were telling the story….

And then we got Wednesday’s FOMC response……and the story changed – or at least it changed on Thursday…. the cyclical, recovery, reflation trade was no longer in vogue.  The news that the FED is now discussing a taper and the news that interest rates are on their way up sooner than expected suddenly caused investors to rethink the trade…Yields which traded higher on Wednesday, came in on Thursday as a weakening economy would suggest lower rates, the dollar rallied more (in anticipation of higher rates) and the commodity play that had begun to unwind got hit again….….Lumber now down nearly 45%, copper down 15%, gold down 7% since just before the FED meeting.  Recall that since commodities are priced in dollars, as the dollar weakens commodities rally, as the dollar strengthens, commodities retreat….and so it goes…. more confusion….

Energy, Financials, Basic Materials, and Industrials – all beneficiaries of the recovery trade ended the day lower – down 3.4%, 2.9%, 2.23% and 1.5% respectively.  Tech and Disruptive tech rising 1.16% and 3.5% in a move that suggests that a slowing economy due the threat of rising rates would force investors into the high growth names again….and the S&P Growth ETF rallied by 1% while the S&P Value ETF fell by 1.2% – bringing their ytd performance closer…with value up 14% on the year and growth now up 11% – quickly closing the gap. In the end – it was a one-day event….it by no means is suggesting that the market is in turmoil – as most investors had expected the FED to say what they said…

Expectations for tapering to begin by year end was well known but it was the interest rate change of heart that caught some investors off guard….and so we had that knee jerk reaction… By the end of the day – The Dow fell 210 pts, the S&Ps off 2, the Nasdaq gained 121 pts and the Russell lost 23 pts. The return to tech suggesting that rising rates would derail the recovery, and slow growth would be a negative for the cyclical trade.

European markets are also mixed…UK retail sales for May fell 1.4% – a complete reversal of the expected increase of 1.6%!  German producer prices rose 1.5% – more than double the consensus.

Oil has come under a bit of pressure and this morning is trading at $70.71/barrel as the dollar strengthens…but remains above the $70 mark.  Remember – the prospect of higher rates will put some pressure on oil – higher rates would weigh on long term growth and that would supposedly put pressure on demand, all of which I believe is very premature…. across the whole investment outlook. I still expect demand to continue to push prices higher as we enter mid-summer – so sit tight.

The S&P closed at 4,221…. after testing as low as 4,196…. breaking that psychologically important 4200 level if for only a minute – before racing right back above it.  Trendline support is 4,180, so I suspect that we will see investors test it again in the coming week just to see if the bulls will defend that position…if they don’t we could easily test the June lows of 4,050…..intermediate trendline support is 4,040….so in and around there would make sense if we failed at the 50 dma…..

In the end, what is important for investors to understand is – it took 12 yrs. of massive global central bank support to get us here, so as the FED, the ECB, and the others consider the next steps, we can rest assured that it will be very calculated and methodical….Investors will have time to consider what’s next – unless of course we get hit by another ‘black swan’ event that sends markets careening….but that is where you advisor comes in with the assist and creates a well-balanced, dynamic portfolio for you.

**Check me out cooking this delicious dish on my YouTube channel – click below to join the fun!
https://www.youtube.com/watch?v=Hcb5Q8vNW30&t=16s

Just fyi…this is also one of the 7 dishes that I make on Christmas Eve – the video reflects that night….

For this you need:  dozen clams in the shell, then a dozen more clams out of the shell and chopped. (The fish guy will do this for you if you ask nice). Onions, garlic, white wine, olive oil, s&p.

Bring a pot of salted water to a rolling boil then turn heat to low so that it is ready when you need it.

Start with the clams – a couple of dozen or so should do nicely (in the shell) – wash thoroughly to remove any sand from the shell.    Drain.  In a saucepan – heat olive oil next adds sliced and crushed garlic – sauté around until it takes on a nice golden hue…. Now add the onions and sauté for 10 mins…. until they get soft and translucent.

Now add clams, S&P, a splash or two of white wine and cover.  Reduce heat to med….continue to move the clams around to get them to open. If you need a more juice – feel free to add a bottle of clam juice.   (Never use a clam that is open before you cook it…capisce?) …. Currently…. remove some of the clams from the shell – return the clam itself to the sauce and discard shell –   While keeping some in their shell for the presentation to come.

Put the linguine in the pot of boiling salted water to cook for 8 / 10 mins…. or until aldente.  Strain – always reserving a mugful of water…. return the pasta to the pot – add back 1/2 mug of water to re-moisten.  Toss – wait a min or two and then add the clams and the clam sauce….re-toss and serve immediately in warmed bowls.  You should have grated Romano cheese available on the table for your guests – although some Italians would cringe at the thought of putting cheese on a fish dish…. but I gotta tell you – it is delicious!

Enjoy this dish with Sliced Italian garlic bread – recipe was included in a note from last week….and a glass of white wine.  Nothing fruity…. I always like a Pinot Grigio with this dish as I find it complements the sweet taste of the clams.  This dish should take you no more than 40 mins…start to finish.