Bostic Floats 2022 Keeping it in Play; Indexes at all Time Highs -Try the Rigatoni 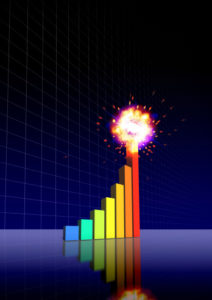 Stocks traded in a tight range on Wednesday after investors had a chance to assess the most recent commentary on Tuesday about what is next for monetary policy after Fed Chair Jay Powell reiterated his stance that while there is some dissent within the ranks – the broader committee will remain patient before lifting interest rates despite signs of higher inflation (which remains transitory).  This as Atlanta’s Fed President Raffi Bostic – who is a voting member – followed in the footsteps of St. Louis’s Jimmy ‘B’ saying that ‘the central bank could decide to slow its asset purchases in the next few months’ and then he made it clear that he is in favor of lifting rates in 2022!  Do you see what is going on here?  He is now the second FED mouthpiece – and first voting member – to put 2022 on the table – leaving it very much in play…. all this while Jay Powell continues to tell us ‘Not to worry’ rates are to remain at zero until at least mid-2023….and the confusion remains alive and well.

Eco data yesterday found that Markit Manufacturing PMI rose to 62.6, which is up over last month, while Markit Services PMI slipped to 64.8 (down from 70) and Composite PMI coming in at 63.9 down from 68.7 – and while they all remain well into expansionary territory – the idea that Services and Composite readings were a bit weaker gave some pause to investors….and then we found out that New Home Sales fell by 5.9% – a much bigger decline than the expected +0.2% – so investors remained on the edge and a bit confused…..thus the churn.

8 out of 11 S&P sectors ended the day lower – only Energy, Consumer Discretionary and Financial ended higher – if only slightly…. Growth continues to challenge the value trade with ytd performance now within ‘a margin of error’ range with the S&P value ETF up 13.9% vs. the S&P growth ETF up 12.06%.  It’s all very exciting…..Especially as the FED continues to allow the economy to run ‘hot’ – a word I continue to want someone at the FED to define – because – history has shown this to be a bad idea…just sayin’…..

We are also going to get the final revision to 1st Qtr. GDP and that is expected to be the same 6.4%….and while there is a lot of data, none of this will be the directional driver at all unless of course there is such a huge miss on any of them – which is not expected to happen….so expect the discussion to remain centered around Fed policy and the conflicting perspectives and commentary…… While tapering is an issue – they are driving the conversation towards the timing of a rate move……Are rates going up in 2022 or mid-2023?  Because I am beginning to think that they are preparing us for a late 2022 move…it is just my gut…. nothing else.  I was always in the camp that zero rates THRU 2023 was a bit generous and now we are beginning to see a crack in the dam…. sit tight….

The FED’s annual bank stress test results are due out after the bell tonight….this is where the FED tests how banks will fare in the event of another ‘economic calamity’…..Once they do this, they rank the banks and the ones that pass the test then announce how much of that capital that has been held in reserves can be released in the form of increased dividends and stock repurchases – this will be part of the earnings reports that are due to start in 2 weeks – and earnings are expected to be robust!  I do not expect to hear of any failures…. the massive support the FED has offered during the past year in anticipation of another crisis due to the pandemic has not happened (yet) – so expect nothing but good news and this should help the financials move higher.

European markets are UP…. Investors there are discounting the negative talk of earlier rate increases by Raffi Bostic and siding with Jay Powell’s assessment of a mid-2023 move. In the UK – investors await the latest announcement out of the Bank of England (BoE)…. where nothing is expected to change – rates to remain at record lows as they maintain their massive stimulus program.  But like US investors – they will be reading between the lines as they look for any change in terminology that might suggest a tapering early next year.  German IFO climate index came in a bit better than expected at 101.8 – up from 100.6.

Oil is trading at $73.16 – which is UP….and you know why?  Because demand is STRONG and crude oil and gasoline inventories are down…. on top of that – there are still doubts that the US will end sanctions on Iran preventing an increase in supply….so hold on…. expect to pay more at the pump by the 4th of July.

Bitcoin is trading at $33,200 – after breaching $30,000 on Tuesday.  Now it did not collapse the way I thought it might, but I do not think we are done yet…. the ‘death cross’ which happened on the 19th suggests that there is more downside to come…. but expect all the paparazzi to attempt to defend the position….

The S&P closed at 4,241 and remains just 14 pts below its all-time high…. while the Nasdaq remain 46 pts below its all time high…and futures action this morning suggests that we are going right up and thru both of those levels to establish new intra-day highs – but will we establish new closing highs?  Well, it does feel like it….so – sit tight….
We are now 6 months into the year…. Performance so far is strong…. with all the indexes up double digits…. Transports winning the war – up 19% ytd…with Industrials pulling up the rear at +10.6%…everything else is within those bands….it is time to rebalance.

This is a great recipe and one that you can tinker with if you prefer.  The basic ingredients include:

Vidalia Onions, sliced Portobello, Chanterelles, Button and Oyster mushrooms, Olive oil, garlic, shallot, fresh shredded Pecorino Romano Cheese, and s&p.  You can whip this up in about 45 mins or so….and it is better the next day – so make extra!

Bring a pot of salted water to a rolling boil.  – then turn to simmer until you are ready.
Next – Combine 2 diced shallots, and 3 chopped Vidalia onions 3 sliced garlic cloves with some olive oil in a large sauté pan.  (One that will be able to hold the pasta when ready.)

Stir to coat well – season with s&p and turn heat to simmer – cover and cook for about 25 mins…stirring occasionally.  You want the onions to be that nutty brown color – almost caramelized.  Now add the mushrooms and another shot of olive oil – raise the heat to medium and cook – do not burn.  Taste and adjust the seasoning.  Cover and return to simmer for 10 mins.

Now add the pasta to the water and cook for about 8 mins or until aldente….

Serve immediately in warmed bowls and have extra cheese on the table for your guests.