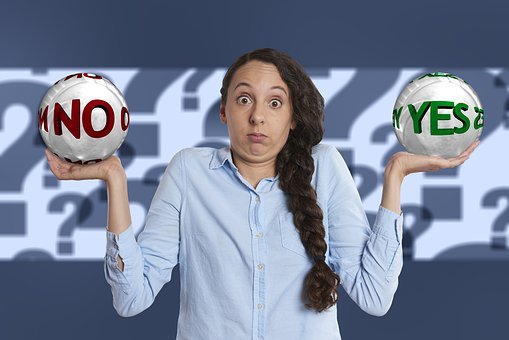 The headlines tell us that stocks marched higher because an ‘infrastructure deal’ was reached….(laughable) because while a very small part of the deal may have been reached ‘in theory’ it is far from being ratified…let’s not kid ourselves…..Once the news hit the tape that a bi-partisan group of 10 centrist senators and the President have agreed to a $1 trillion deal – (of which $579 billion is in new spending) – a deal that is focused on transportation, water and broadband infrastructure – stocks moved higher as the celebration started – PAVE  – which is a US Infrastructure Development ETF surged by 1.5%, bringing its ytd performance to +25% as money poured into the sector…..PAVE measures the performance of US listed companies that will benefit from a massive infrastructure deal – think anything construction, engineering, raw materials.

All this while the progressive left ripped it apart – suggesting that it is ‘not enough’, ‘it’s embarrassing’, it is a ‘deal breaker’ – but then Joey clarified the headline….…saying that part 1 will have to hinge on the passage of part 2 – and part 2 is all about ‘human infrastructure spending’  and “we agreed on what we could agree on, there is no agreement on the rest”. ‘No one got everything they wanted, but that’s called compromise’.   He went onto say that he wouldn’t sign this bi-partisan deal unless a bill containing the rest of his agenda with more than $4 trillion in spending is on his desk….so folks – not so fast…now I’m not saying that I don’t support a deal…I’m just saying that while the headlines suggest that a deal is done it is by no means assured given the political atmosphere in the country and – the opera tells us – ‘it ain’t over til the fat lady sings’……so sit down….because she is not singing (yet).

In addition – as I pointed out yesterday – the rumors were that the FED stress tests would reveal that everyone was a winner – that there was not one bank that failed…and so that too gave the algo’s a green light to push higher ….and then after the bell – that is exactly what we heard…in fact the headlines tell it all.

Remember that the stress tests gauge the banks’ ability to remain solvent and keep lending during a ‘hypothetical severe recession’ – and this news helped to push the XLF higher – rising 1.25% – bringing its ytd performance to + 25%…. JPM, C, BAC, WFC, MS etc.…all higher…. Today – expect to hear that the FED is set to end the temporary limits on raising dividends and repurchasing shares – so bring out the band because this is good news for shareholders…..…….Just fyi – over the past year – during the pandemic the Fed ran 3 stress tests – each testing a different hypothetical scenario and the results confirm that the system is strong….so it’s all systems go…..there is absolutely nothing to worry about…..

And then you had the slew of economic data that was mostly in line – no real surprises either way…. with some reports a bit better and others a bit weaker – but overall – a non-event.

Look – investors appear to be discounting all of the commentary coming out of some of the FED mouthpieces….even Raffi Bostic’s (Atlanta Fed) comments about a rate hike in 2022  (in line with Jimmy Bullard’s comments last week) being completely ignored as Jay Powell succeeds in putting investors minds at ease about rising inflation and tighter monetary policy  saying that he does NOT see 70’s style inflation on the horizon….and apparently neither do investors….(now)…asset managers going all in sending 9 of the 11 sectors higher…..Financials taking the lead +1.25%, Communications up 0.9%, Energy +0.86%, Industrials +0.78%, Technology +0.64%, Healthcare +0.5% and Basic Materials +0.32%….

And since interest rates have not moved – the growth trade remains alive but that does not mean that value is dead….in fact value outperformed yesterday and any talk of an infrastructure bill will continue to give value room to run. And the Tech Disruptors – which looked like death only weeks ago when investors were sure that rates were on the way up – have rallied back nicely…with the ARKK ETF gaining 1.4% yesterday…bringing her one month return to +30%.

10 yr. Treasury yields ended the day at 1.48%. Again, suggesting that the bond market is not worried about surging inflation or surging interest rates, and this has managed to preserve a bullish tone for equities and while a spike in rates appears unlikely right now – it IS the key tail risk for stocks.   The VIX ending the day at 16.04.  The dollar index remaining above trendline at 91.74.   And oil ended the day at $73.06.

This morning – US futures are inching higher again…. Dow futures are up 100 pts, S&P’s up 4 pts, the Nasdaq up 28 pts and the Russell up 8 pts.  Very much the same story…. excitement over a supposed infrastructure bill, no change in stimulus, no change in rates which will continue to force money into stocks and its all good.

Eco data today includes – Personal Income – exp of -2.5%, Personal Spending +0.4%, U of Mich 1 yr. Inflation rate of 4.1% and the 5 – 10 yr. estimated rate at 2.8%.  We will also get a key inflation indicator reading…. Core Personal Consumption Expenditures Index – expectations call for prices to rise more than 3.4% y/y and up 0.6% m/m.  This will be the most important data point today… and if it is stronger – expect Jay Powell to poo poo it….as a ‘one off’, nothing to see here….

European markets are down less than 0.20% this morning…. BoE (Bank of England) is stealing the FED’s terminology…saying that inflation across the UK will hit 3% but that it is ‘transitory’.  The UK is also expected to announce it is lifting travel restrictions on fully vaccinated people next month…. In Germany – the GFK Consumer Sentiment Index came in at -0.3% – but that was much better than the forecasted -4%.

The S&P closed at 4,266 – a new high…. after trading in a tight range of 4256/4271.  Futures action suggests that we will most likely churn today…as there is nothing to derail the mood…. normal backing and filling would be expected…. Expect lots of analysis and conversation of the infrastructure deal….as many strategists will begin horse trading and betting on the outcome of a final deal being ratified… In addition – any spike in the consumption expenditures index will re-ignite the inflation story – but I am not sure that it will matter much today….

Now I told you that I am in Cape Cod – so what better than to feature New England Style Fried Clams.

For this you need:  Shucked clams (cherry stones or little necks), 1 c corn flour, 1 c regular flour, s&p, ½ tsp cayenne pepper, 1 c of evaporated milk (or buttermilk) and Peanut oil – or if you want even more authenticity – use fresh lard!

You need a deep fryer to make this work well.

Mix all the dry ingredients.  Put the clams in a bowl of the milk.

Heat up the oil in the deep fryer….360 degrees are perfect.

Now in batches, take some of the clams out of the milk and toss in the dry mix….and then directly into the deep fryer…do not overload…. you want the clams to crisp up.  You want the clams to be golden brown – should only take about 2 – 3 mins…max…. Remove and set on a plate lined with paper towels.  Repeat until complete.

Set your picnic table up on the beach and serve with tartar sauce and cole slaw – enjoy a cold beer – a Bud is always best…It screams Cape Cod!