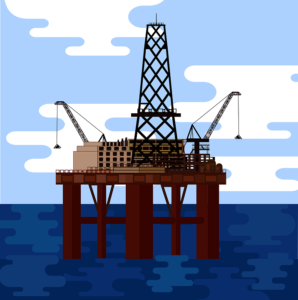 Stocks rallied again on Friday…..as investors continued to assess the landscape….10 of the 11 S&P sectors ended in the green (Tech was the underperformer), Value outperforming growth – sprinting ahead once again…..as the week came to a close….Talk of more republicans supporting the infrastructure plan being cited as the reason and a story in the Washington Post over the weekend confirming the late day Friday rumors…. – telling us that Joey has done an about face (backtracking is the way they put it)  and WILL sign a $1 trillion infrastructure package even if he is unable to get a second $4 trillion package that includes other Democratic spending initiatives….….…..now this is still not a done deal by any stretch….but the fact that they are keeping it on life support will speak well to the infrastructure/recovery names…..So once again – maybe we have a deal?

Keep your eyes on PAVE….that is the broad infrastructure ETF that may be an interesting way to play that story….ytd performance – that ETF is up 24% ytd….and if you look at the chart – you see that it took a hit in early June – down 8% – when it was assumed that the infrastructure package was DOA…..but has now lifted its head again on hopes that it may survive…… By the end of the day the Dow and S&P were up 237 pts and 14 pts respectively while the Nasdaq fought all day to try and close higher but was met with some profit taking going into the weekend – leaving that index down 9 pts while the Russell ended flat.

Eco data revealing that the global economy is alive and well, and FED Chair Jay Powell and ECB (European Central Bank) president Chrissy Lagarde make it very clear that they are not ready to pull back on stimulus nor are they ready to hint about raising rates before mid-2023….which is in contrast to what some other FED officials are hinting at….but as I said – Jay Powell has done a stellar job of ‘jawboning’ the message – telling everyone that there is absolutely nothing to worry about and that he is in complete control down in the command & control center in Washington DC.   Talk of rising rates in mid-2022 – put forth by both Jimmy B & Raffi Bostic – should be ignored (for now) but they have put it on the table – it is now part of the conversation for possible consideration down the line…. Do not kid yourself.

Again – just to be clear – while Jay Powell tells us that nothing will happen before the summer of 2023 at the earliest – he is very coy…. he had two other FED members ‘float’ the idea, test the waters, take the temperature about what investors think of that idea.  And remember what happened when Jimmy B first floated it only two weeks ago?  Yes sir, markets began to throw a fit- not a big fit, but they started to throw a fit – and that’s when Jay came out and reminded us that ‘that idea’ was not anything HE supported (yet) and that all members of the FED are free to form their own opinions – but their opinions are not the ‘greater FED think’ – so settle down….It’s all good.

And so, investors appear to be OK with that and they appear to be ok with the negotiations taking place in DC……….and so it was written – and stocks are once again making new highs!

Next up – is earnings season – so get ready……as it is only two weeks away….and in case you are not paying attention – earnings this quarter are expected to be even better than last quarter and last quarter we had more than 85% of earnings beat on both the top and bottom lines with the average beat exceeding 19.4%…..….and if you recall – investors took stocks up in the weeks prior to the announcements – in a ‘buy the rumor’ mentality – so stocks advanced ahead of the strong season and then what happened?  Do you remember?  Stocks SOLD off when the announcements were made…. Not big, but they sold off in what was viewed as a ‘relief’ trade…. right?  All the trader types that placed a bet ahead of time – then took advantage of the elevated prices and HIT the bids – profiting handsomely….

I expect that is what we will see again this quarter – especially since there is not July FED meeting and all the chatter will be about what the August FED meeting in Jackson Hole, WY will reveal.  Rumor is that Jay will tell us that the taper is due to start by year end….it will NOT begin in September or October – because those are seasonally volatile/weak months of the year – so he doesn’t want to add more pressure to what already feels like a bit of a frothy market……but rather begin to taper into what is most likely a ‘Santa Claus’ rally….

I mean – it is not even 4th of July, and I am referring to a Santa Claus rally!  Crazy, right?  Not so much, because right after labor day – it begins….They put out the Halloween stuff followed by Pilgrims, Thanksgiving Turkeys and Horns of Plenty  and then HD, WMT and LOW put out the dreidel and Christmas trees before mid-October…..and then the retailers start the ‘holiday shopping season sales’ before the first ghost and goblin ever hits the streets….It used to be the 4 weeks between Thanksgiving and Christmas, but now it is the 12 weeks between October 1st and Christmas….Now, I have my own opinion on all of this…. – the retail industry has destroyed the whole season…. adding to the seasonal stress and depression that so many suffer from…. but hey – that is another story.

Eco data today includes Dallas Fed Manufacturing report….exp of 32.5 – but this is not going to be a market mover….but what will be are Wednesday’s ADP report and Friday’s Non-Farm Payroll Report….Expectations are calling for 550k and 700k new jobs to be created….Unemployment is expected to fall to 5.7% and the Underemployment rate may actually fall below 10%….Avg hourly earnings y/y are estimated to jump up by 3.6% (up from 2%) and m/m of +0.3%.   Other data points include Pending Home Sales, Markit US Manufacturing PMI, Construction Spending, ISM Manufacturing PMI and Factory Orders to name a few more….

10 yr. Treasury yields ended the day at 1.51%. Again, suggesting that the bond market is not worried about surging inflation or surging interest rates, and this has managed to preserve a bullish tone for equities and while a spike in rates appears unlikely right now – it IS the key tail risk for stocks.   The VIX ending the day at 15.70.  The dollar index remaining above trendline at 91.74.   And oil ended the day at $74.05.

This morning – US futures are mixed….…. Dow futures are flat, S&P’s up 2 pts, the Nasdaq up 30 pts and the Russell down 6 pts.  Very much the same story…. Muted excitement over a supposed infrastructure bill, no change in stimulus, no change in rates, better earnings expectations all will continue to force money into stocks, and it is all good.

European markets are down about 0.5% this morning…. WHO (World Health Org) urging people to continue to wear masks no matter what….as that new ‘delta’ variant spreads rapidly around the world? The OECD (Org of Economic Development) is working on a final proposal to address a global minimum corp tax by Wednesday and ECB President Chrissy Lagarde is speaking on Friday.  OPEC + members to meet on Thursday to discuss the current situation….and that is all about strong demand and robust economic growth and continued production cuts that support higher prices.

The S&P closed at 4,280 – a new high…. after trading in a tight range of 4271/4286.  Futures action suggests that we will most likely churn again today…as there is nothing to derail the mood…. normal backing and filling would be expected…. Expect lots of conversation around the infrastructure deal….as many strategists will begin horse trading and betting on the outcome of a final deal being ratified…

Today’s dish is a peasant dish – one that you would find in the countryside of Italy….it is simple to make and so good for your soul.  It is a special request from my niece who we were visiting over the weekend.  I was in the mood to cook – so I whipped this up.  She then asked me for the recipe – so Maddie – here you go….

For this you need – 1 lb of pasta (I used Cavatappi yesterday – but you can use any short pasta you prefer), Fresh broccoli, garlic, olive oil, s&p, chicken broth, one white onion and of course you need fresh grated Parmegiana or Romano cheese – either works in this dish.
Begin by bringing a pot of salted water to a rolling boil – then simmer and cover so that it is ready when you need it.

In a large sauté pan – add the olive oil – go around the pan 3 or 4 times…. turn heat to med hi and add in the sliced garlic and sliced onion – sauté for about 10 mins – careful not to let it burn…. While this is cooking – prepare the broccoli.

Cut the stems to about halfway back – just enough to cut off the large stalky end of the stem.  Next – slice lengthwise down the whole remaining stalk – flower and all.  Now rough chop the stalk – so you have bite size pieces – repeat until you have sliced and chopped the whole bunch.  Now add to the sauté pan – add another round of olive oil – mix and turn heat to med.  Cover and let cook for 4 – 5 mins….

Now – add in some chicken broth – maybe ¾ c……do not drown it, but you need to make sure there is enough to assist in the steaming/cooking process.  Cover and allow to steam again for 4 – 5 mins…. Now you should start to see the broccoli begin to soften…. That is good.  Taste and adjust for seasoning.  The chicken broth will begin to steam away – so if you need to – add a bit more to keep it moist.  Turn heat to med low and cover for about 5 more mins.

Now add the pasta to the boiling water…. cook until aldente – maybe 8 mins or so….do not overcook – you do not want mush…. Now before you strain it, reserve a mugful of the pasta water – now strain and return to the pot. Add in the broccoli and onion mixture – stir to coat…. Now – while it is still hot – add in two large handfuls of the fresh grated cheese – mix well…

Now it may appear to dry out…. this is where you use the pasta water…. add about ¼ of the cup and mix- make sure you coat the pasta…the cheese will also start to melt and coat the pasta and broccoli as well.  But you need to be the judge, if you need a bit more of the water – then go for it…. but add slowly – so that you do not make it soupy.
Serve immediately in warmed bowls – always having extra cheese on the table for your guests.  Enjoy this with a chilled glass of white wine.

(*Another trick is to add a dollop of butter to the hot pasta AFTER you strain it and return to pot but before you add anything else. – mix well so the pasta is coated with just a bit of butter and then add the broccoli/onion and cheese.)   Yum….