Will Stocks End the Week At a New High? Fed in the Spotlight – Try the Pasta Michael Angelo 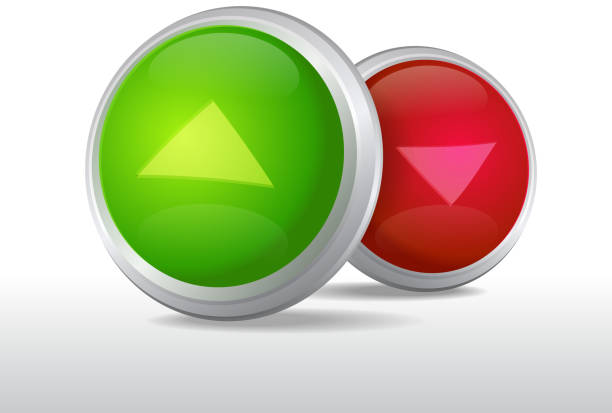 Stocks churned most of the day and ended mixed…. with the Dow up 25 pts, the S&P up 9 pts and the Nasdaq up 53 pts…. while the Russell and the Transports gave back 35 pts each. Earnings did almost exactly as I discussed – 30 reports and 4 misses…. that’s 87% of the companies reporting continue to beat on both the top and bottom lines…and the ones that miss are missing only by pennies while the ones that beat are beating by dimes and quarters….

Healthcare – XLV was the best performer yesterday rising 0.7%, followed by Tech – XLK, Consumer Discretionary – XLY.  Energy – XLE and Financials – XLF, Real Estate – XLRE and Basic Materials – XLB all moving lower…. So far ytd…energy is in the lead, followed by Real estate, Financials and Communications…. Tech is in 5th place while the weakest sector is Utilities and that makes sense…but if the tone changes in the broader market look for Utes to play catch up.  The growth trade SPYG is now up 18% ytd while the value trade SPYV is up 14.5% – a decent performance as the fight rages on.

Eco data yesterday while strong was defined as ‘weaker than expected’ – Leading economic index came in at +0.7% (vs. the expected +0.8%), Existing Home Sales at +1.4% (vs. the expected 1.7%), Initial jobless claims went UP at 419k (vs. the expected 350k) – remember an increase in claims is negative… (thus weaker), the Chicago Fed Survey at 0.09 (vs. the expected 0.3)…..Only the Kansas City Fed Survey surprised coming in at 30 (vs. the exp 25)……and many are now using this ‘weaker’ data along with the renewed spread of various covid variants to get the FED to ‘slow down’ and not be so quick to change the course of monetary history….

You see – many are hoping to get the FED to reconsider the conversation that they are about to have next week at their meeting next week…. the WSJ lays it out:

The story goes onto say that they are set to ‘accelerate deliberations’ over how to scale back their easy money policies considering the strength of the economic recovery….

Here is where you recall Monday’s swift selloff and while the media blamed it on the delta variant – I pointed out so many other reasons for the move that made much more sense….and the next FED move makes much more sense.  – Because if the move was caused by the delta hysteria – that would have continued to slam markets on Tuesday and Wednesday because the delta variant and now the lambda variant continue to spread across the globe…….but as you now know that did NOT happen…..and the conversation on Tuesday and Wednesday completely ignored the variant and started to focus more on the FED and the ‘blowout earnings…..Many now hoping that the temper tantrum seen on Monday will force the FED to ‘consider’ with greater detail – their next move…..

Now just to be clear – this is a closed meeting – it will not be one of the usual ones that end with all the drama of a press conference that reveals the thinking behind the iron curtain…… –  That happens in August at the Jackson Hole boondoggle – something that we will be talking about next month…because so much is expected to happen…but that’s for another day…. We should though expect to hear something thru the grapevine….as Jay Powell has made it clear that the meeting will focus on 2 issues:  1. When to start paring back on the $120 billion of monthly purchases – $80 billion in treasuries and $40 billion in mortgages and 2.  How quickly should that happen?

The answers to both questions will drive the action in the weeks and months ahead…. if it’s too fast expected yields to spike and stocks will fall swiftly (think Monday times 5?), if it’s too slow then yields will churn higher and stocks will attempt to move higher but will churn lower….  Look – current valuations reflect current policy….so new policy will demand new valuations….and as the stimulus is withdrawn and interest rates move up – valuations must move down (it’s a simple math problem) as markets get repriced…. based on what the plan will be…and remember – it’s fluid……we are in a place we’ve never been so there is no historical perspective to guide the next move….

In the end – I am not saying that we should be prepared for a crash…I’m just saying that as policy changes, valuations will also change and that just means that investors will now have to reconsider what they are willing to pay for stocks….currently we are trading at 30x S&P earnings – a multiple that is well above the long term average, but it is a multiple that makes sense for current monetary policy – capisce?  So when monetary policy changes the multiple has to change and in this case the multiple is expected to go down and not up and all that means is that stocks will move lower to reflect that change….because like the markets – stocks also trade at their own multiples based on broader policy….and at zero rates – multiples go up but as rates go up, multiples have to come down…

In DC – more drama over the infrastructure bill that FAILED in the Senate yesterday – so all that means is that they have to go back to the drawing board –  and this morning we are told that a new deal could happen as soon as Monday….and something else that no one is really acknowledging is the coming debt ceiling deadline next week….Republicans have already said NO, but that’s  just them positioning themselves for the coming drama…..But the conversation has to happen and that may provide some fuel for the fire next week.  Congress goes on a month-long vacation beginning August 6th….so the pressure is on….

Remember – market breadth was poor coming into the latest surge….and that speaks volumes about the health of the market….and while we have had rolling corrections along the way (the Transports just the latest) the broader market needs to correct a bit….and I think that is coming.  Remember – the August/October period is a seasonally weak time for the market and a change in monetary policy is sure to exacerbate the mood…. Which is why I say – be patient…. you are not missing out…. If you are invested, then you are participating…and if you are not invested, I would ask – What the hell are you waiting for?  Jump in…. just don’t spend it all on day 1.  Give me a buzz, I am happy to assist you in getting started…because everyone must start somewhere….

This morning we get ready for another dozen or so earnings reports to hit the tape… while the economic data is all about the latest reads on Purchasing Managers Indexes…. At 9:45 we will get the Markit US Manufacturing PMI – exp of 62 (bullish), Markit Services PMI – exp of 64.5 (even better)  – and remember – the US economy is a 75% services economy – so the Services PMI is the one to really keep your eye on….Also – 50 is the dividing line – north of 50 is expansionary and south of 50 is contractionary….readings in the 60’s are very expansionary….capisce?

US futures are higher again…. (So much for the hysteria caused by the delta variant, yes?) Dow futures are up 135 pts, S&P’s up 20, Nasdaq up 80 and the Russell up 16…. Tech earnings post the close being cited as the reason for this morning’s strength…. TWTR and SNAP both ‘killed it’ and are trading up by 5% and 16% respectively…. INTC also beat but is trading flat….as there was some concern going forward….

Bitcoin is holding at $32,000, Ethereum is holding at $2,050 and Doggey coin is trading at 16 cts….
The S&P closed at 4,367 and looks like it is going to test its most recent high from last week….as if Monday never happened…..Remember – a faster than expected tapering and another spike in variants of the virus remain risk factors for the markets especially as we come into the fall….some analysts are expecting as much as a 15% correction in the broader market…while I would love to see that, I am not in that camp….I am thinking maybe we get a 7 – 10% correction….but so much will depend upon what Jay Powell says….So – stick to the plan…remember – investing is dynamic…keep some cash ready to deploy, but don’t be so quick on the trigger just yet…

This is a simple dish to make….it is a favorite of Italian sculptor, painter, architect, and poet of the high renaissance.  A man of unparalleled influence over the world.   Michael Angelo – long considered one of the greatest living artist the world has known, was also a simple man – enjoying simple dishes – so give this a try.

Begin by bringing a pot of salted water to a boil.

In a bowl -add hot water and soak the raisins.

Now in a deep-frying pan – add a bit of olive oil and toast the nuts…. stirring not to burn. Once toasted – set aside.  In the same pan – add a bit more oil and a dollop of butter and then the spinach.  Season with s&p and sauté.

*Add the pasta to the pot now….

After about 3 mins – add in a small container of the fresh ricotta – stir to melt and blend.
Now add the raisins – ex the water – stir – When the pasta is almost done – remove directly from the pan and add to the frying pan with the spinach and ricotta mix.  Add a ladle of the pasta water.  Toss to coat.  Add the pignoli nuts and if you need to another ladle of pasta water. (The trick is to get it moist – not wet).
Once well mixed – add in a couple of hands of fresh parmegiana – toss and serve.