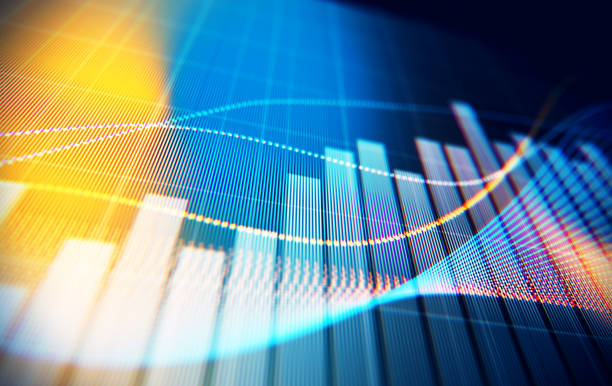 Dow up 238 pts to close at 35,061!  S&P up 45 pts to close at 4411! Nasdaq up 153 pts to close at 14,836! – Record closes across the board!  (In fact, the S&P tested, kissed, and pierced my year-end target of 4400 after penetrating 4300 only 3 weeks ago on July 1, 2021!).   The Russell and Transports – while up are still well below any new high – potentially suggesting that there is a split going on…. that something is amiss…. Investors, analysts, strategists, and traders are ignoring any of the warning signs to push the broader market higher…. Inflation concerns, breadth concerns, taxes, infrastructure spending, even the coming debt ceiling deadline (on Friday) doing little to stop the mania….

Now what started out as a potentially tough time for stocks last Monday – ended up being a party by Friday…. New Delta variant covid cases sent the Dow tumbling as much as 900 pts on Monday dragging the others along with it were nothing but a distant memory on Tuesday, Wednesday, Thursday, and Friday…. The focus turned from the virus and all the potential issues that it is sure to create to another week of expected explosive earnings, better macro data and questions about whether the FED would move on tapering and eventually rates – and what the market seems to be telling us is that it does not believe the FED is ready.

Now what started out as a potentially tough time for stocks last Monday – ended up being a party by Friday…. New Delta variant covid cases sent the Dow tumbling as much as 900 pts on Monday dragging the others along with it were nothing but a distant memory on Tuesday, Wednesday, Thursday, and Friday…. The focus turned from the virus and all the potential issues that it is sure to create to another week of expected explosive earnings, better macro data and questions about whether the FED would move on tapering and eventually rates – and what the market seems to be telling us is that it does not believe the FED is ready.

10 yr. Treasury yields plummeted on Monday to 1.17% before ending the week at 1.23%, 30 yr. bond yields plummeted to 1.78% before ending the week yielding 1.87%, the VIX (fear index) which shot up 34% on Monday as stocks fell – lost 35% by Friday…as stocks rose….and earnings…..yup…they continued to impress and beat the estimates on top, bottom and everything in between lines….we are now running at 88% of reported earnings beating…that is well ahead of the longer term average of about 73% – but this is also NOT a surprise at all….Estimates for a blowout season have been widely discussed, the only unknown was – exactly how much of a blowout it was going to be…..

Macro data for the week was mixed at best….Housing starts were much better, while building permits disappointed, Initial Jobless Claims and Continuing Claims were up while Existing Home Sales were down, Kansas City Fed was up, Manufacturing PMI was also up more than expected while Services PMI disappointed –  Inflation is still the wild card with 50% of the country concerned about swiftly rising prices while the other 50% appears to be at ease….and the clock ticks…

This is a big week for earnings but also a big week for the FED…. Their July meeting is set for the 27th/28th…. there is so much speculation about what will happen behind the iron curtain… Will they announce the beginning of the end of this craziness?  Will the FED stop supporting the way ‘overheated’ housing market by halting the purchase of $40 billion/month of mortgage back securities? Will they pare back on the $80 billion/month on treasuries?  And will they hint at all changing rate policy?

I was on the Larry Kudlow weekly Saturday morning radio show with Larry and Natixis Chief Economist – Joe LaVorgna and we discussed all of this.  Click here to access the Saturday show.

https://wabcradio.com/podcast/larry-kudlow/  (Joe and I are in the second segment).

And this morning it looks like it is going to be another manic Monday….US futures are down – with the Dow losing 225 pts, the S&P off 21 pts, the Nasdaq down 20 pts and the Russell giving back 24 pts.  This morning it is China that is causing the angst in the markets…. (I guess the covid variant, which is causing even more angst than it was last week, is a non-event….).  So, several issues are on the table….

The first:  On Sunday – China (again) cracked down on ‘education & tech companies’ imposing all kinds of new regulations – ordering Tencent (-30%) to give up its exclusive licensing rights, slapping it with fines for anti-competitive behavior in what is seen as an assault on ‘domestic internet titans’.  On the education front Chinese authorities also imposed new restrictions on the group…. banning companies from raising capital via the stock market and banning foreign money from investing…. Shares in both sectors getting slammed overnight in Asia falling 30% and 70% respectively…. – Hong Kong stocks ended down 4% while Chinese shares lost 3.2%.  And that set the tone for Europe…. (Which is lower).

Second – is all about the geo-political tensions that are building between DC and Beijing ahead of the ‘high-level’ discussions that began over the weekend.  With China’s foreign minister telling the media that the US/Sino relationship is ‘now at a stalemate and faces serious difficulties’…  Now isn’t that a kick in the pants!  Who thought our relationship with China could get any worse? Wasn’t Joey supposed to have a ‘cozy relationship with Xi Xi’?

Fourth is the FED meeting – need I say more? Headline results due out on Wednesday at 2 pm.  No change is expected in rates at all.

Sixth – is exhaustion…. markets while making new highs are stretched….and breadth is still poor, which doesn’t mean that they can’t go higher, it just means that maybe you shouldn’t be chasing, that’s all.
European markets are under pressure…. it’s China, it’s covid, its earnings, its supply chain constraints and it’s an unexpected weak German IFO survey….…. Just more of the same…

Remember – the August/October period is a seasonally weak time for the market and a change in monetary policy is sure to exacerbate the mood…. Which is why I say – be patient…. you are not missing out…. If you are invested, then you are participating…and if you are not invested, What the hell are you waiting for?   Give me a buzz, I am happy to assist you in getting started…because everyone must start somewhere….

Oil is down $1 this morning trading at $71.03 as concerns surrounding the possible re-imposition of the mask mandate takes hold and some in the industry telling us that demand for energy will wane again. Trendline support is at $69.50/barrel but if the media continues to create hysteria – we could see oil test the lows of last week – $65.60 or so…

Bitcoin rocketed higher on Sunday trading up $7k – just kissing $40,000 on ‘short covering rumors and this morning has backed off a bit and is trading at $38,200. The short covering prompted by a ‘help wanted’ ad by AMZN that they are trying to fill a position – ‘Digital Currency & Blockchain Product Lead’ – Suggesting that AMZN is set to announce something big.  Ethereum is up 8% at $2,380.

The S&P closed at 4,411 after trading in a 40-pt. range of 4381/ 4415.  As I said – I had a year end target of 4400 for the S&P and right now it looks like I lost…..but not so fast – we still have August – October to get through…and so much can happen…..Fauci telling us that everyone (vaccinated or not) most likely will be required to wear masks again as the virus spreads and the unvaccinated come under attack and put the country at risk again.   Remember – a faster than expected tapering and another spike in variants of the virus remain risk factors for the markets especially as we come into the fall….some analysts are expecting as much as a 15% correction in the broader market…while I would love to see that, I am not in that camp….I am thinking maybe we get a 7 – 10% correction….but so much will depend upon what Jay Powell says….So – stick to the plan…remember – investing is dynamic…keep some cash ready to deploy, but don’t be so quick on the trigger just yet…

Summer Shrimp on a Bed of Spinach & Feta Orzo

For this you will need:  about 2 doz large, clean & deveined shrimp, 10/12 skewers, olive oil, oregano, fresh lemon juice, minced garlic, s&p, feta cheese and some Orzo (Orzo is a rice shaped pasta – used in many types of pasta salads or soups or in this case as a bed for the shrimps).

**if you are using wooden skewers – you must soak them in water for at least 20 mins. **

Now – pierce the shrimps onto the skewers – maybe 4 at most per.  Set aside in a deep Pyrex dish.

Next mix the olive oil, garlic, oregano, some lemon juice, s&p – shake well and then pour 1/2 over the shrimps.  Place in fridge and let marinate.
Heat the grill – using a grill brush –clean the grill rack.

Bring a pot of salted water to a rolling boil and add the orzo…cook for about 8 mins or so…do not let it get mushy…. keep it a bit al dente.  Strain and mix with the feta.  Now pour the remaining mix into the pasta with the feta and stir well to coat.  Place the orzo in a large family style platter and make a bed.

Next – remove the shrimps from fridge and place on hot grill….be sure to not burn…. should take no more than 5 to 7 mins max.  Now place the skewers on top of the orzo and feta.  Take a picture to remind yourself of this great and simple dish