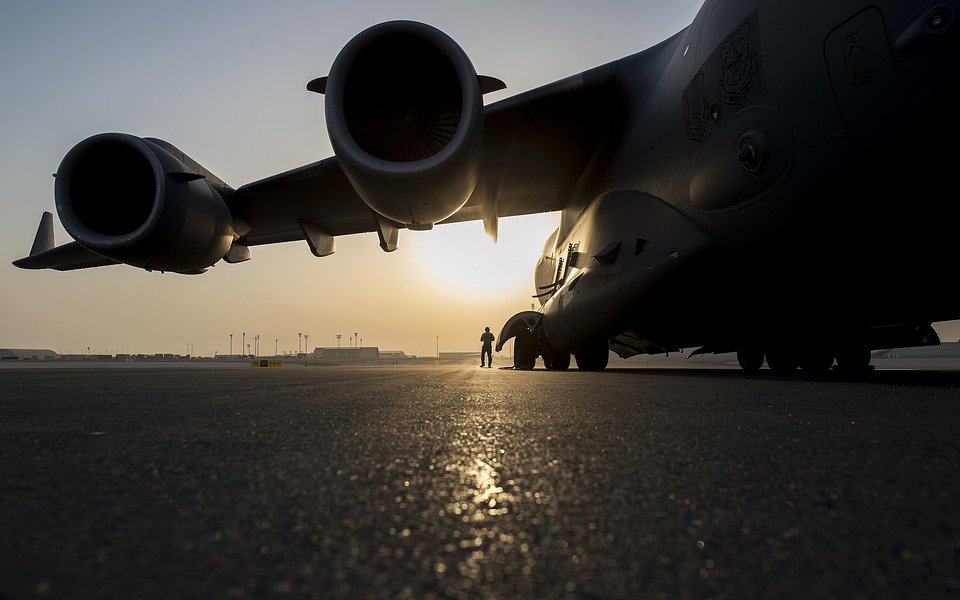 Good Tuesday morning…. ok – it’s over, or is it?  At 3:29 pm est the last C-17 took off from Hamid Karzai airport in Kabul – leaving Afghanistan free of any American forces, forces that have occupied the country for 20 years…. the final days were difficult, and the days ahead will be difficult as well, just in a different way….

This afternoon – Joey is expected to address the nation and will try to bring closure to this very long chapter…. If Secretary of State Anthony Blinken was any insight into the thought process – there will be much to discuss.  The Taliban have now become working partners with the US – as they (according to Tony Blinken) have promised to act with dignity and honor – helping the stranded Americans and any of the Afghani’s that want to leave – leave.  They have also promised to allow women and girls to be an integral part of the new society and have already inquired about joining the G20!   I mean you can’t make this up…. but as you might imagine – none of this had any effect on global markets at all.  While it did cause some short-term angst in the previous weeks – as far as the market is concerned now – it is nothing but a distant memory.

Stocks ended the day mixed yesterday, with the Dow, Russell and Transports all ending the day a bit lower while the S&P and Nasdaq managed to pull out gains once again. The action driven by the continued analysis over what Fed Chair Jay Powell told us on Friday…. Essentially saying that investors should NOT overreact to the idea of a taper, the idea that inflation is anything but transitory and the idea that interest rates are about to rise.  Nothing to see here, just keep moving on….

Although this morning we are seeing Zoom Communications fall 11% this morning after they reported that future growth will be hampered by the return-to-work movement and less people use this remote service provider….and that may affect the WFH (work from home) stocks and ETF.  The WFH ETF is up 17% ytd…. but if what ZM says is true – then watch how this stock reacts….

Eco data which showed Pending Home Sales plunging by 9.5% and the continued surge in Covid/Delta cases did little to stop the excitement.  – Let’s just say it – investors are not concerned about the delta variant from an investing point of view…. how they feel personally is a different question – but for their investing dollars – not an issue.  And that seems to be the view of The FED chair, the ECB, and many other elected officials around the world.

Some analysts will tell you that the financials and energy sectors were weak yesterday because of covid concerns…….and to that – I would say baloney.  Financials  – XLF – 1.4% and Energy – XLE – 1.2%,  took a breath yesterday after their recent surges and with rates not expected to go higher anytime soon, that would cause weakness in the financials and now that Ida is gone – the jump in oil due to production and refining concerns is also no longer a concern…while the storm caused major damage to the Louisiana coast – the Rigs in the gulf and the refiners on the coast survived the storm, so now it’s just a matter of timing, supplies of oil will resume so the pressure is off…..neither of those moves lower yesterday are the result of anyone being concerned about covid…Come on, man….Stop the hysteria.

So, it is another UP month for the indexes (7th in a row), and this is exactly why I remain much more cautious in the weeks ahead and why I continue to think that investors should brace themselves for the coming volatility. September and October are vulnerable months…and with the FED now on course to announce the beginning of the taper at the September meeting – I think patience will pay off.  Remember – you are invested – so you are not missing out on any advance….and if you are not – then what are you worried about – jump in – slowly, get started – slowly, put your plan together with the help of your advisor.
The VIX (fear index) is once again near its low…closing 1.22% to end the day at 16.01 – suggesting complete complacency….so don’t be surprised to see that change…. but you should be ready to take advantage of that change in psyche.

The 10 Yr. treasury ended the day yielding 1.28% down from 1.33%…as money moved into the treasury market….and that also makes sense – as a safety play for some money trusted to asset managers…. because as the market rises, the risk of a bigger pullback is amplified, so it is just good risk management – that’s all….

Oil ended the day up 0.5% but is down 1% this morning…. Look – oil has been very volatile this past month as so many on the street warned of how the delta variant was going to crush demand and then the recovery – How’s that working for you?  Oil fell 15% from its mid-July high through mid-August and then it rallied 12% through yesterday as trader types try to get a handle on what’s next…..This morning’s weakness is just the commodity trying to find some stability and with the hurricane over – expect to see production and refining come back and with that supply…..so yes, it will back off a bit, but the trend is still up and demand is still strong and the recovery continues. I still think oil returns to the mid $70’s.

US futures are UP again this morning…. the Dow up 72 pts, the S&P up 8, the Nasdaq up 34 and the Russell up 6 pts. Expect the usual window dressing for the end of the month.  While we get some eco data – none of it will be a directional driver at all. Tomorrow’s ADP report is what investors will be waiting for and then Friday’s NFP report will be the next data point.

News this morning that South Korea is the first country to impose curbs on both Google’s and Apple’s billing policies (The Telecommunications Business Act) …. those policies require developers to pay Google and Apple a 30% commission on every transaction…this bill would stop the app store operators from forcing developers to be pinned up against the wall.  As the news hits the tape – both stocks are quoted down just a tiny bit – as this is not new news…but let’s see how many other countries join in the fight.

And Robin Hood will come under pressure after SEC Chair Gary Gensler considers the elimination of the PFOF (Payment for Order Flow) model….  that will also affect the other execution platforms as well.  Schwab, TD, Betterment – anyone of them that sells your order flow to the wholesalers.  Watch for weakness in that sector today.

And then in another disturbing story – Congresswomen Ocasio-Cortez and Tlaib and the rest of the Squad – are urging President Biden to ‘re-imagine the FED and the role that it plays in the US and global economy’…I mean you can’t make this up…..She thinks it’s time for Jay Powell to go (as if she is remotely qualified to even opine on this) ….– and I can’t wait to see how this unfolds – they want the FED to be more concerned about the climate and social injustice – now that’s brilliant and this is the same person that told us that the unemployment rate is low because people are working two jobs!  When is the Democratic leadership going to wake up?

European markets are mixed… News out of China is suggesting that Factory Activity in August is slowing is causing some caution across the region…. China’s PMI came in at 50.1 – remember – 50 is the neutral line…. below 50 suggests contraction…. – that is if you believe anything that China says…. At 6 am – the European markets are between -0.2% to +0.2%.

Gold is holding in line at $1817/oz and is struggling to break out…. If we see weakness in the stocks – then expect to see gold rally towards $1900/oz.

The S&P ended the day at 4528…making another new high…
.
We remain in the 4410/4610 trading channel – anything within that channel is considered normal trading.
Remember you can text the word INVEST to 21000 on your cell phone to get my digital business card. Feel free to download it and send me off an email or text. Happy to engage and talk markets, planning, thoughts, concerns, and ideas.

From the Piemonte region of Italy.  Piemonte – is one of the 20 regions of Italy, located in the northwestern part of the top of the boot – it borders France, Switzerland to the north and Liguria, Lombardy, and Emilia Romagna – to the south and east.  It is surrounded by the Alps; its capital is Torino – site of the winter Olympics in 2006.  The name – Piemonte – comes from the Latin – Pedemontium – meaning at the foot of the mountain.  Much of the food from this region has both French and Swiss influence and as such – uses a lot of butter and cream.  This dish is easy to make and one that you will enjoy – Enjoy this with a crisp chilled white wine

Using the bottom part of the leek – up to where it turns dark green.  Cut the stalks at that point.  trim the bottom and then slice the stalk in half.  Now slice lengthwise into thin slices.  Next peel and slice the onion.

In a sauté pan – melt the butter with a splash of olive oil, sauté 1 sliced garlic clove, the onion, and the leeks.  Sauté slowly on med low so that the leeks and onion brown, not burn.  After about 10 mins – add the frozen peas.  Sauté for another 10 or 15 mins.  season with s&p.   Now add the lite cream and stir.

In the meantime, add the pasta to the pot and return to a boil.  Cook for about 8 mins or until aldente.  Now add one ladle of pasta water to the onion and leek mixture.  Strain pasta – reserving a mugful of pasta water.  Add the pasta directly to the sauté pan.
Add a handful or two of grated Parmegiana cheese and toss.  If it is not moist enough – add back some more of the pasta water.  Serve immediately in warmed bowls with toasted garlic bread.