Evergrande was Just a Flash in the Pan; All Eyes Now on the FED – Try the Italian Wedding Soup 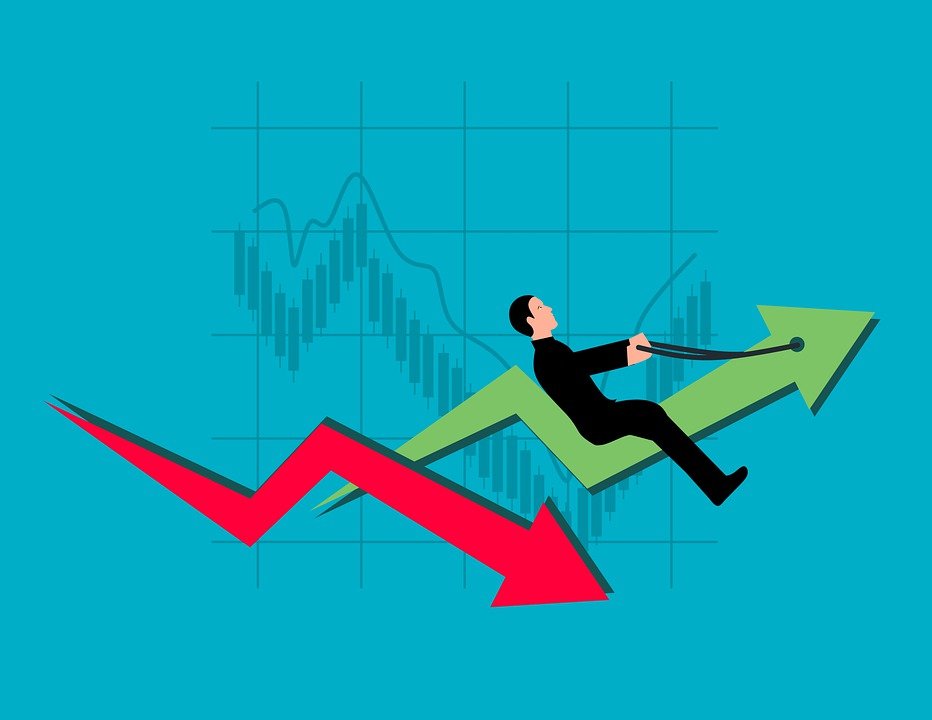 It was an interesting day…. lots of chatter around the street about what’s next?  How could this happen? Should I bail?  Should I buy more?  All the questions that haunt you when the market goes into what felt like a free fall……Everyone trying to explain it away – all while so many have been screaming about a pullback for months now…. I included…. which is why – when it happens, it’s always so interesting…. Because what really happened?  Nothing has changed in terms of the macro data or the FED plan or the conversation going on in DC…. There was no announcement about a taper or rising interest rates but there is speculation but not enough to cause a selloff like we witnessed – at least not yet….

There was the news out of China – the biggest real estate developer in the country about to go belly up….and what that would mean for the Chinese economy and banking system and then by default what it might mean for the global economy and the global banking system.  Word that some of the biggest US’S banks had exposure only caused more angst for investors in this country.

Asian markets (the ones that were open) fell under the pressure, European markets then followed suit – falling more than 2% in early trading but ending the day well off their lows….

And US stocks took a real beating for most of the day…. opening lower and then falling further as morning turned to afternoon….and then rumors of a white knight appearing in China sent patient US buyers scrambling……igniting a rally at about 3 pm – taking the markets from the depths of despair to ‘just another day’ in a classic buy the dip rally.  At the worst of it – the S&P did see a move taking it down just a bit better than 5% from the highs – a move we haven’t seen in quite a while and almost the move that I have been calling for – for months now…  I wanted to see a 7% – 10% move off the high – but for now, I’ll take the 5% move!

Well, I hope that none of this comes as a surprise for any of you…if you’ve been listening – this correction was a bit overdue – no matter what ignited the move….…and by the way….it still isn’t even a correction yet….  We were only off 5% from the S&P highs of early September – so that’s well within the normal trading range…. a correction would mean that the average has moved down 10% off the high – which doesn’t mean that some of your stocks are not in correction mode – they most certainly could be, but broadly speaking the market is still trading in a ‘normal range’.

(If there is anything that is normal any longer?)

As the day wore on- stocks got weaker vs. stronger…and that is not necessarily a good sign…. stocks that close on the lows usually set themselves up for a further flush the next day. (That is not what happened – stocks rallied off the lows and this morning US futures are higher).

Now look – it is not just one thing that caused this – it was a negative day – led by the Evergrande news which then brought up all of the other news that could be perceived as negative…..think the FED, the ECB, the BoE etc.…., think tax and spend policies and think about slowing global data points and think of the looming debt ceiling debate – (No one even mentioning the delta variant)…..Toss it all in and then you want to know why markets threw a tantrum?

And while you say the Evergrande thing doesn’t mean anything to us – think again….First it creates a negative tone over Asia and then when you start to consider the exposure that so many European and US banks have to Evergrande – then you may reconsider your position….So for instance – Goldman Sachs lost 5% of its value yesterday by 3 pm…….taking 125 pts out of the Dow taking that stock down just over 11% from the late August highs….So if you own GS – then yes….that stock is in ‘correction mode’.  It has now broken through its short and intermediate term trendlines…and looks like it wanted to test the long term trendline…. And why?  Because it was revealed yesterday that GS – along with a handful of other US investment banks do have ‘exposure’ to Evergrande- just what that is – is still unknown right now to the public…but if you’re GS or JPM or MS or C – you know what your exposure is…and you are working very hard to mitigate any fallout and they most probably have written this risk down considering that this issue has been brewing for months now….just one look at the chart reveals building weakness – Evergrande has lost 87% of its value since January 2021…..….….. Now the good news is – with markets and futures higher this morning – expect to see GS and the other banks rally back nicely.

Now many of the big names on the street came out in force to calm the markets…..assuring investors that this is NOT a Lehman moment at all (something I also said yesterday)…..the message being sent to global markets is simple…..Yes, Evergrande may default, but it will not be the disaster that the markets were suggesting……because in their view – the Chinese gov’t will step in to prevent this latest crisis from destabilizing their economy.  And stocks around the world are in rally mode this morning.

Dow futures are up nicely….321 pts, the S&Ps are up 36 pts, the Nasdaq is ahead by 120 pts, and the Russell is up 28 pts. And while yesterday’s action felt uncomfortable – the fact is, it was and is long overdue and should NOT be a surprise at all….in fact – a sharp correction is healthy for the overall market…and this pullback is partly seasonal, partly FED related and now partly Evergrande related….

Today begins the September FOMC (Federal Open Market Committee) meeting so we wait for the press conference tomorrow at 2 pm.  My guess is that the FED will use the recent ‘weak’ economic data (which I think is baloney) along with this most recent China issue to commit to discussing the start of a US tapering but will not offer any definitive clarification on the date.  While we all thought it was a November/December event – it now appears to be a January/February event and that is not even definite yet either…. but it does buy them more time to consider upcoming macro data points.

European stocks are all up across the board…. paying no attention to the China debacle or the FED meeting.  Basic resources and energy stocks leading the pack higher….as they led the pack lower yesterday.  There is no eco data and so investors are busy going on a shopping spree.  The BoE (Bank of England) is set to announce a rate decision on Thursday….no change is expected.

Bitcoin and Ethereum which came under pressure yesterday like everything else are not rallying at this point…. Bitcoin is trading at $43,000 and Ethereum is at $3,050.

The S&P ended the day at 4357 – after testing as low as 4305 – breaking down and thru both it’s 50 dma and then its 100 dma…. before the rally that took it back above that intermediate trendline.  This morning’s rally looks like the S&P will open 4380 ish…. What will be interesting is what happens at 4436 – the short term move average.  Will it serve as resistance, or will the buyers just take it up and thru that level on its way back to the yearly highs?  We are still in a seasonally weak period….and with the FED announcement tomorrow looming – markets may remain on edge.  In any event – my sense is that the market now expects nothing definitive, which means that the FED will remain dovish and that will support the markets.

Remember you can text the word INVEST to 21000 on your cell phone to get my digital business card. Feel free to download it and send me off an email or text. Happy to engage and talk markets, planning, thoughts, concerns, and ideas.
You can follow me on Twitter @kennypolcari and on IG @kennyp1961.

This is a great soup to make for any occasion but works very well when you’re feeling just a bit anxious…. This soup is full of veggies and tiny veal meatballs and is a family favorite.

For the soup: You need to make chicken soup to start – making sure you have plenty of carrots, celery, and onions.  You also need: 1 cup of tubetini (small pasta) fresh baby spinach, washed and trimmed.

For the meatballs, place the ground veal, breadcrumbs, garlic, parsley, Pecorino, Parmesan, milk, egg, s&p in a bowl and combine.   With a teaspoon, drop 1 to 1 1/4-inch meatballs onto a sheet pan lined with parchment paper. (You should have about 40 meatballs. They don’t have to be perfectly round.) Bake for 30 minutes, until cooked and lightly browned. Set aside.
Once the soup is done – Add the pasta to the simmering broth and cook for 6 to 8 minutes, until the pasta is aldente.

Next – add the meatballs to the soup and simmer for 1 minute. Taste for s&p.  Stir in the fresh spinach and cook for 1 minute, until the spinach is just wilted. Ladle into soup bowls and sprinkle each serving with extra grated Parmesan.  A nice piece of garlic bread on the bottom of the bowl is always a favorite.