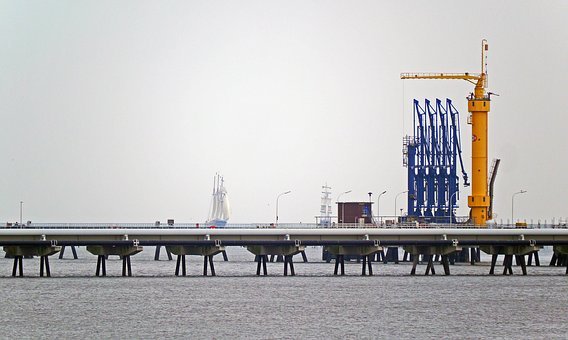 Now – the media will have you believe it was all about the debt ceiling – to which I would say – ‘Give me a break.’  The debt ceiling.  Is that the best you can come up with?  Look – I have been telling you that the debt ceiling ‘crisis’ is nothing but a manmade political ‘crisis’…it means nothing at all, and why? Because no one is letting the US gov’t default on its debt – No one. Period. So, get off that horse, now.

And this is even true after Snow White (aka Janet Yellen) tries to create more havoc by telling the media that ‘a failure to raise the debt ceiling would have CATASTROPHIC consequences.’  OMG – now she would have been more effective if she said that

‘a failure to raise the debt ceiling would be idiotic – so smarten up and cut the baloney and just raise the damn thing.’

Never mind that the gov’t has enough funds to run through at least October 18th before the till is dry – so in reality – Thursday means absolutely nothing…. Capisce?  We have another 3 weeks before you can light the place on fire.

Now, we all know the debt ceiling is going up, so why the histrionics?  Because the Dems – don’t want to take the blame singularly, they want THIS move to be bi-partisan – all while they could raise it right now if they wanted to, they could stop the hysteria and just raise it, but they need to put on a show….so that the country sees how ‘hard’ they are working.

And then to add to the negativity – we had Senator Warren explicitly voice her position on Fed Chair Powell – calling him a ‘dangerous man’.   And again, while most of this means nothing to long term prices – it is a dramatic headline by an elected official during an anxious time that causes the algo’s to hyper ventilate – sending stocks into another round of selling and there in lies the opportunity.

Now why did stocks REALY come under pressure?

Because 10 yr. treasury rates spiked higher to end the day yielding 1.537% when just last week, they were yielding 1.31%.  (That’s a 20% increase in yields in just 7 days) – suggesting that inflation is no longer transitory…that in fact it is taking root in the economy and will continue to take root forcing the FED to have to act sooner rather than later in terms of rate hikes – think mid 2022 vs end of 2022…..and that will be an issue for the US gov’t as well, because as rates go up, so does the obligation of the US gov’t to pay back all this debt through bond offerings that offer higher and higher rates….

In addition – it will serve to eat away at the economic expansion – resulting in what could be ‘stagflation’ – which is persistent high inflation combined with high unemployment and stagnant demand for the economy.  Ok – so now you say unemployment is not high – correct – but if the economy goes off the edge, unemployment will suddenly go spike….and then we’re back to the late ‘70’s style economy.  Inflation in 1979 was 13.3%, and the FED Funds rate was 11.20% and unemployment was 7% on its way to 10.8% by 1982.   So, keep telling yourself that it can’t happen.

This morning – the BULLS are back in control…. taking advantage of all the weakness created by the hysteria yesterday….US futures are pointing UP –

Dow futures up 182 pts, S&P’s + 30 pts, the Nasdaq up 130 pts and the Russell adding 16 pts….in what is a snap back rally after the beating stocks took yesterday – especially the tech sector…. with the XLK losing 3%.  Look – the volatility yesterday is no reason to run for the hills and redesign your portfolio at all.  Unless of course you don’t have a theme to your portfolio and its all over the place – then maybe I would say – OK – It’s time to clean house, but if that is not the case – then sit back, buy some downside protection – VIXY or SH are just two ways that the average investor can buy some protection.  There are also a range of other ways, some more complex as well, so I’m just saying – the selling is not a reason to blow up your portfolio.  There are not a one size fits all plan – not at all….it is a very intimate and personal, so make sure you understand who you are and where you fit on the risk scale, time scale, obligation scale, retirement goal scale etc.

10 Yr. treasury yields which created all the hysteria yesterday are backing off a bit – yielding 1.49% as the sun prepares to rise over the Atlantic.  In any event – rates are set to rise and with that we should all expect volatility as it does – the faster they rise the more volatility there will be….so don’t get caught up in the hysteria.  Understand the implications of why the market reacts the way it does.

Bitcoin and Ethereum are also trying to take root and move higher after being under pressure over the past week.  This morning we see Bitcoin up 1% at $42,200 and Ethereum up 2% at $2,900.

The S&P ended the day at 4352 – and with futures looking higher this morning – we can expect to see investors go on a shopping spree for some of the best names in the country that came under undue pressure yesterday…and that will push the index to test once again the 50 dma (4443) which is NOW resistance, vs support.   Now, I do not think it pierces it just yet…. we are now in the 4340/4450 range – and I still think the path of least resistance is lower in the weeks ahead and that will provide better long-term opportunities for the patient investor.

We have now tested intermediate trendline support at 4341 two times…we will most like test it again – in what is usually a 3 timer…. meaning we will test support once again to see if we hold up or break down.

Feels heavy out there…

– Fricassee is a catch all phrase used to describe the process of a stovetop – stew type of meal.

Now this dish is easy to prepare – it is the cooking part takes the time… Begin by slicing the onion very thin…. now add some olive oil to a heavy bottom pot that will eventually hold all the chicken.  Cook the onions – covered – over a very low heat…this causes the onions to become creamy and very tasty.  You should allow for 45 mins to an hour for this.  Season with s&p – turning occasionally – remembering to always keep covered.   When ready – uncover and turn up the heat so that the onions take a nutty brown coloring – stir so that they do not burn.  Once done – remove the onions and set aside.

Next take the sliced mushrooms and add to the pot – again over med low heat – cook the mushrooms for about 15 mins…. season with s&p.  Remove.

While this is happening – you have washed the chicken and patted dry with a paper towel.  Dredge the chicken in seasoned flour (s&p).  In the same pot – heat a bit of olive oil and brown the chicken – do not overcrowd.  Cook until the chicken forms a bit of a crust and then turn and continue to cook on the other side.  When done add the onions and mushrooms back to the heavy pot.   Turn the heat to med hi…. Turn the chicken to make sure it’s all well mixed.  Now add about 2 tbsp. of cognac and 1 cup chicken stock – reduce heat to simmer- season with s&p and cover tightly.  Cook for about 45 mins or when the meat feels tender the whole way thru.

Serve this with a nice big salad and roasted fingerling potatoes.