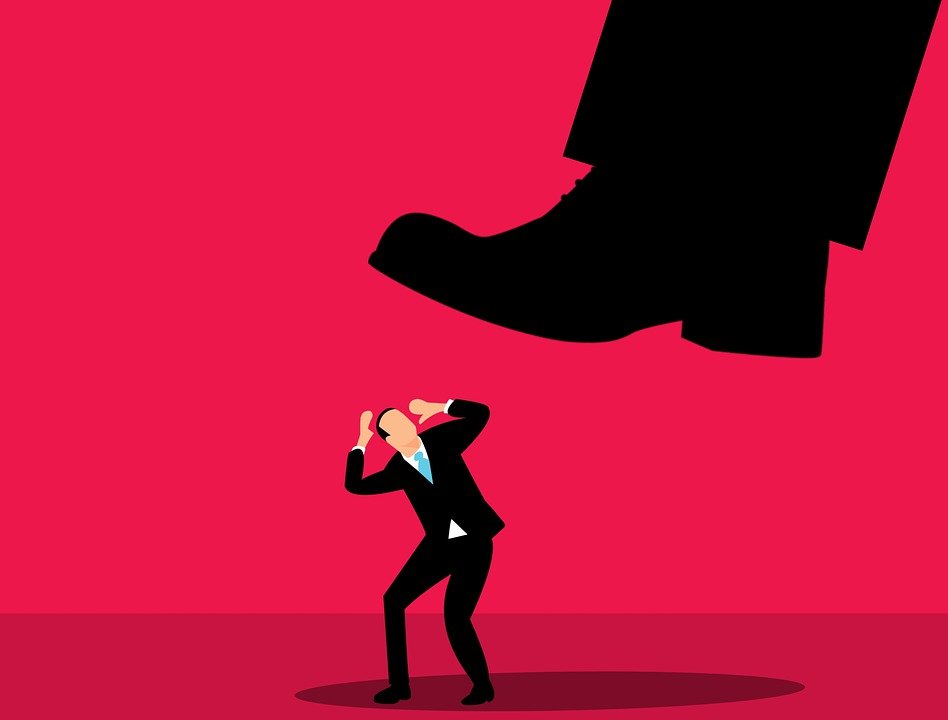 Tech stocks get clobbered….Nasdaq losing 310 pts or 2.1% – famous names in the sector down even more….FB lost 5% – but you can credit that to more than just a retreat in technology…..there was that 60 Minutes expose on Sunday night that accuses FB of choosing ‘profits over safety’ (and that is a surprise?) and then conveniently there was a global outage of all of their services – FB, What’s App and Instagram that lasted for more than 6 hours – as they tried hard to deflect the negative press over the 60 minutes piece….in addition you can almost think of any of the other big names and see losses across the board….AMZN – 2.8%, AAPL – 2.5%, MSFT – 2%, and the tech disruptors – ARKK got slammed as well – 3.5%….It wasn’t pretty at all, but was not so unexpected….

Sector performance  – Tech – XLK -2.3%, Communications – XLC – 2.1%, Healthcare – XLV -1.5%, Financials – XLF – 0.9%, all while Utilities – XLU rose 1.3% (and that makes sense because they tend to be a defensive play – trust me, there is nothing ‘sexy’ about utilities) and Energy – XLE gained 1.6% after OPEC+ has decided to keep their cap on crude supplies (now that they are in control of the global oil supply) and that sent oil surging….North Sea Brent Crude closing at $81.66 while West Texas Intermediate – WTI closed at $77.92….. Again – why is anyone including the administration surprised?  Are they even aware that oil has risen by more than 66% since January?  (Going from $47/barrel to its current $77.92/barrel).

The 10 Yr. Treasury closed yielding 1.48% and expectations are for it to go higher in the months ahead…and that will continue to put pressure on the tech sector – especially if it surges higher vs. moving slowly higher.  The VIX rose by another 8.5% closing at 22.58 as the rush OUT the door continues.

Comments by St Louis Fed President Jimmy B only adding fuel to the frenzy…. saying that yes – inflation IS a problem and will be a problem for the FED.  Look – here we go again….Fed Chair Jay Powell drops transitory from the narrative (suggesting that he can no longer in good faith keep saying that it is) and then they send out different members of the FED to float balloons about inflation, tapering, rates, supply chain shortages etc….to see how investors react…..and you can believe that yesterday’s comments by Jimmy were deliberate and did not help the action – in fact you can argue that it only added to the angst….but that was the point – wasn’t it?  Shake the branches a bit, send markets lower, get global investors prepared for the start of a new monetary policy plan – this way Jay Powell has cover…he can point to recent comments by different members of the FED that have been telegraphing the concerns.  Asking investors why this is a surprise at all…haven’t you been listening?  Expect to hear more from other members in the days ahead.

And then at noon – Joey took to the podium, chastising Republicans for forcing the Democrats to raise the debt ceiling on their own (something they can do but don’t want to, so why all the histrionics?) ….creating all kinds of angst for the algos  – when he uses words like ‘reckless, disgraceful,  as he warned that the economy was going to get hit by a ‘meteor’, a wound that would be ‘self-inflicted’ as he tried hard to create hysteria by saying that if they don’t assist in raising the ceiling – then social security benefits will stop, payroll for the military will stop, and that your pocketbook will be impacted due to this Republican ‘stunt’ as financial markets will come under pressure sending stocks lower and US interest rates higher!

Excuse me Mr. President – the debt ceiling is NOT what is going to send stocks lower and interest rates higher at all……. And if someone in your administration is telling you that – then you should throw them out…. because this, sir, is not the case.  First – the US will not default; it never has defaulted, and it never will – so you should stop that narrative.  After all the drama – the ceiling will get raised even if it goes to the 11th hour – which it probably will – if only to serve as a detraction to a long list of other issues facing the nation.  But to be fair – it is what DC does best – create drama.

The recent volatility may only be the beginning of more turbulence ahead – but we’ve been talking about it for months now….it is just coming home to roost.  Slowing growth, threats of tapering, rising rates, longer term inflation, supply chain shortages, massive tax and spending proposals will continue to cause turbulence – the debt ceiling is a pimple on your a..!

This morning we see US futures trying to stabilize…. Dow futures up 135 pts, S&P’s up 17, Nasdaq up 83 pts and the Russell up 8 pts.  Again, this might make some sense after yesterday’s beat down– but there has been some damage to the technical… the Dow, S&P and Nasdaq are now all trading in between long term support and intermediate term resistance, the Russell and Transports are now both down and through all 3 trendlines -which is not a positive (technically).  And with the future still a bit unclear – the path of least resistance is down – something I have been saying for months now.

Eco data today includes – Markit US Services PMI – exp for 54.4…and ISM Services PMI of 59.9…. now this is important – Why?  Because the US economy is 70% all about services….so as long as this number is north of 50 then we are in expansion mode….59 being better than 54….so expect investors to be watching this data point…Markit’s readings have been moving lower each month and that is not the trend you want to see….recall that a number sub 50 means that we are in ‘contraction mode’ and that speaks to the slowing economy…..  Tomorrow brings us the monthly ADP employment report and that is calling for the creation of 430k new jobs – my guess is that they report a stronger number – its just what my gut is telling me….and this will be a precursor to Friday’s Non-Farm Payroll report – which will detail much more than just job creation….it will speak to wages, unemployment, under employment and average hours worked.

European markets are higher this morning even as stocks in Asia came under pressure.  Investors across the region brushing off any of the US losses from yesterday or any of the Asian weakness today…….as they focus on their own issues.  Eurozone final purchasing managers index fell 3 pts to 56.2 down from 59 in August…. again 50 is the dividing line…. French industrial output rose by 1% beating the Reuters forecast of +0.3%.  Italian GDP for the 2nd qtr. came in at 17.2% – not a surprise…it was expected.  At 6 am – markets across the region are up between 0.5% – 1%.

Gold which rose $12 on Monday during the ‘selloff’ is now down $9 this morning as global markets stabilize and is now trading at $1,758/oz.  The dollar index is up slightly at 93.94 and remains well above all 3 trendlines and if yields continue to rise – then expect the dollar to follow suit.  94.67 is the level to watch – if the dollar breaks up and through then look for it to rally to the 98 level before tiring.

The S&P ended the day at 4300 – after testing the Friday’s low of 4288 and failing – making a new low of 4278…. before closing just above it.  Again, this is an issue (technically)….and with earnings coming (formerly next week) it is time to brace yourself for some downside surprises….

Frances Haugen – the FB whistleblower is due in front of Congress today to tell her story…expect massive pushback from FB during the day…. if nothing else – it will be a ‘must watch’.

PEP is due out this morning – although the season doesn’t start officially until JPM reports- Why? Because JPM is the first Dow stock to report, so the industry views that as the official start…..in any event – PEP is expected to report $1.74/share – at 6 am – they reported $1.79/sh – so they beat on the top line at least – but the devil will be in the details….top line, bottom line, guidance, margins, price pressures will be even more important as expectations for this quarter across the board are expected to show slowing growth.  So, let’s see what investors think now….

Here is another fall recipe for you…or the first dish at your Thanksgiving table.

Brown the sausage in a large frying pan.  Remove. Add the onion and garlic and a splash of olive oil.  Sauté for 10 mins….
Now add wine – Bring to a boil. Cook until liquid is reduced by half.

Now turn heat to med low – Stir in the pumpkin, half the sage and s&p.  Cook for 10 mins – so that everything blends.  Add the cream and sausage.  Heat through.