They Kicked the Can Down the Road!  Stocks Surge – Try the Eggs in Purgatory 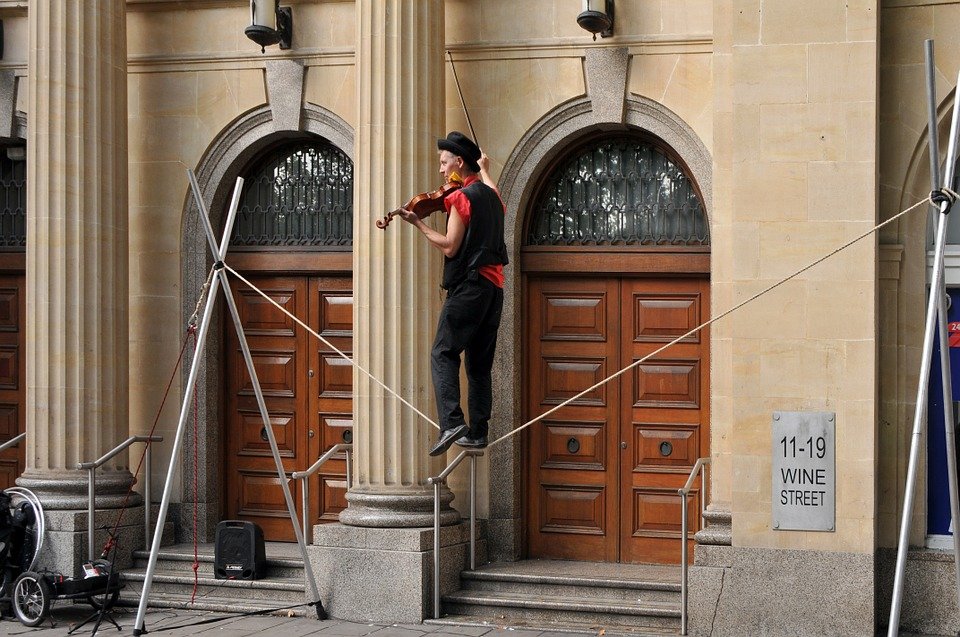 Stocks continued to get clobbered yesterday even after the 8:30 am ADP employment report beat the estimates (as I suspected) – new jobs coming in at +568k vs. the estimate of +430k…. – yet no one was paying any attention to that because they were all focused on the circus in DC….

Then, the news hit the tape at about 3 pm…. that somehow – the GOP and the DNC would come together to announce that they would ‘suspend’ the debt ceiling sending stocks higher….

Wow…. Look at that!  Elected officials are gonna raise the debt ceiling…. or at the least ‘suspend’ it – Who would have thought that possible?  And the algo’s LOVED It….stocks go POSITIVE….Imagine that!

Stocks suddenly raised their head (as the algo’s shifted from sell mode to buy mode)  when the rumor on the street was that Mitchy (McConnell) was prepared to offer an olive branch – this after the President and Treasury Secretary Janet Yellen held a contrived ‘desperate’ pow wow with Jane Fraser – CEO at Citibank and Adena Friedman – President at Nasdaq along with a couple of others who sat there and pled with lawmakers to raise the debt ceiling to avoid a ‘catastrophe’.  Both of those leaders telling the audience that the markets had become anxious and concerned that if the debt ceiling was not raised right now – the country risked going down the drain – hook, line, and sinker…. Honestly, it was tough to watch….as both blamed the recent turmoil in the markets on whether elected officials would come to an agreement.

Joey had the audacity to say –

‘Failure to raise the debt ceiling would wipe out the retirement savings of millions of Americans’!  (Make sure you re-read that….and pay attention to ‘wipe out’)

Janet warning us that if they failed to raise the ceiling it would be ‘disastrous’ and that Americans should ‘fully expect a recession if that happens’.

Are you kidding me?   Talk about creating hysteria and havoc – just to be clear – failure to raise the debt ceiling would NOT wipe out anything…why?  Because there was never any real threat that the ceiling would not be raised.  Remember – they failed to raise the debt ceiling during the Obama Administration UNTIL the 11th hour…. And how did that work out……Well, during September 2012 when the fight was on, and they created all kinds of angst – the markets fell by 3% – then they passed it in the 11th hour and the market stabilized before falling 8% into mid-November and then rallied back 5% into year end.  Hardly a disaster or catastrophe.

Exactly – Because there was never really a threat of them not doing something…. whether it was to suspend or raise it…. Not a shot. And that was just proved by the latest olive branch –

But that is not to say that the market is not a bit anxious, it is…..but the issues that WILL cause markets to become more anxious and unsettled are – A global economic slowdown, a US slowdown,  massive tax and spend policies, rising interest rates, rising inflation, slowing profit growth, a change in monetary policy that remains unclear, 1970’s style stagflation and we haven’t even discussed China and Taiwan yet…..  Capisce?  (Notice I didn’t even mention the debt ceiling, Covid 19 or Evergrande.)

By the end of the day – stocks ended mostly in the plus column with the Dow up 103 pts, the S&P’s up 8, the Nasdaq gaining 68 pts, the Russell down 18 pts while the Transports added 85 pts. All this because the Republicans will offer the Democrats a way out of the debt limit impasse at least until December 2021 bringing some short-term relief to just one of the macro risks on both the front and back burners.

In the end – all they did was ‘kick the can down the road’ – but that is another story.

It was an exhausting day….as we all sat on the ‘edge of our seats’ popcorn in hand watching the drama play out across all the cable business stations.  I guess you could say – we dodged another bullet – at least for now…. because if they have only suspended it until December – the issue still hangs in the balance, and we haven’t heard the last of it…. Just sayin……it ain’t over til the fat lady sings. (Think Opera).

In Europe – stocks and markets there are also racing higher…. investors there reacting to the news that DC is kicking the can down the road as well as the fact that after that announcement 10 yr. treasuries retreated from the highs on Wednesday.  There is no economic data to drive the action – so the see saw continues. At 6 am – markets across the region are all up between 1% – 1.7%.

And US futures are joining in the fun as well…. Dow futures up 200 pts, the S&P’s + 30 pts, the Nasdaq is up 145 pts, and the Russell is up 12 pts.  The fun being explained away by easing debt ceiling concerns…Look for so many trader types to go on a shopping spree as they scoop up some of the better names (think large cap, ATM like names) that have come under undue pressure – as some asset managers chose to raise cash in expectation of demand withdrawals due to the nervousness and year end planning.

I do not expect the recent volatility to subside anytime soon….and expect more turbulence in the weeks ahead…. Friday brings us the all-important Non-Farm Payroll report……where it is expected that we created 500k new jobs…and the unemployment rate is set to fall to 5.1% down from 5.2% and Average Hourly Earnings is up 4.6% y/y.   Next week starts 3rd qtr. earnings season….and the jury is still out on what that will look like…yes – estimates are positive – and growth is expected to be strong, though not as strong as the 2nd qtr. – but that is not a surprise…..the devil will be in the details – future guidance, input prices, rising dollar, supply chain issues, and how future FED policy may help or harm all of these projections – so stay close to your desk….

The S&P ended the day at 4363 after testing as low as 4290….at 10 am and then churning as the speculation grew that congress would come to a deal before the end of day.   4363 is above the trendline which was acting as resistance but is now once again support…. Today will be key to watch. Will we move significantly higher or just churn right here?  Futures action and European moves do suggest that we could see a 1.25% – 1.5% pop in the indexes today…. No one should be surprised if we do….

Fresh marinara sauce – basic…. olive oil, onions, garlic, plum tomatoes, fresh basil, s&p, and a pinch of sugar…Sauté the garlic and then add the chopped/diced onions…. cook for 15 mins or so…now add the shredded carrots and celery – (1 of each) – sauté for another 10 mins.

Now add the crushed plum tomatoes, season with s&p, fresh basil, and a pinch of sugar – bring to a boil and then turn down to simmer…. cover and let simmer for 30 mins or so…. This is just a very basic marinara – I also add grated carrots and celery – but you can do as you wish….

Now you need a loaf of fresh Italian bread and Eggs.

After you make the Marinara sauce – transfer some into a shallow frying pan…..turn heat to med and now crack open some eggs……drop them in the sauce – whole – as if you are poaching…..with a spoon – move the sauce over the eggs so that they cook – do NOT let the yolk get hard…you want the whites to cook and the yolk to remain soft…….transfer to a plate, cover with more marinara and serve with the fresh bread…. Go on…just try it!