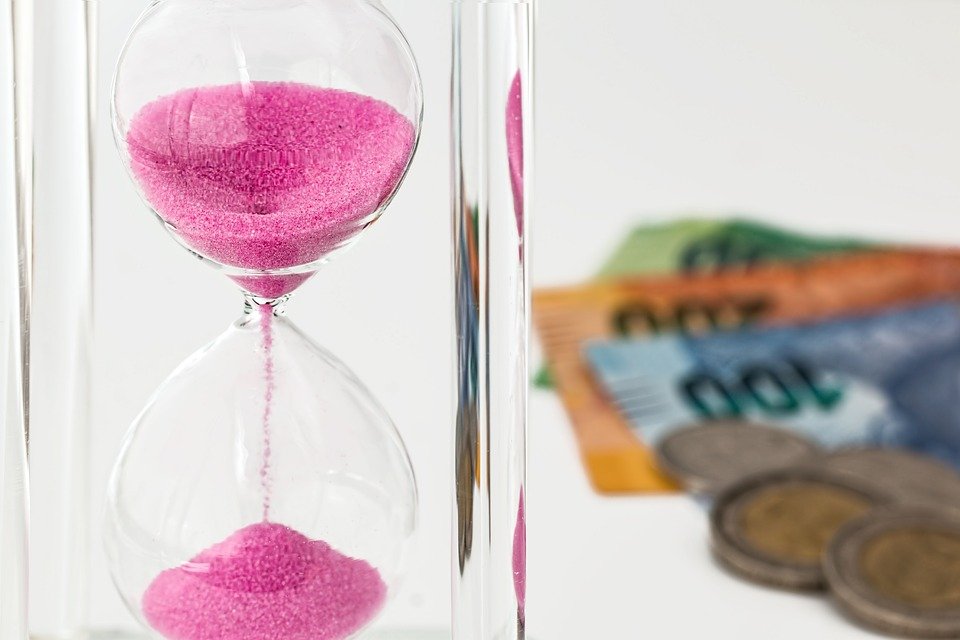 Stocks fell on Monday……only marginally – but it’s the chatter and the tone that is notable….

As the closing bell rang – the Dow registered a loss of 13 pts, the S&P’s
down less than 1 pt., the Nasdaq gave back 7 pts, the Russell lost 11 while the Transports added 20 pts….

Treasuries yields moved up and threw 1.61% while ending the day yielding 1.59% stocks which had been under pressure all day did find some relief as yields came down…. the VIX rallied by more than 4% before ending only 1.2% higher and the dollar index continued to push higher….and this morning it is higher again trading at 95.59.  Gold (which has been doing nothing of late) has suddenly begun to lift its head – it is up 6.7% in 2 weeks trading at $1875/oz as inflation concerns begin to take a toll on investor psyche – and when that happens, we see a move into gold as a ‘safety trade’.   All of these moves leave us to wonder if the FED may have to speed up the reduction of asset purchases after the fastest inflation read in decades…. the key theme here is that the FED may have to SPEED up the reduction of the taper…. because inflation is going to be an issue……I think it will be ‘more’ than just an issue….so get ready….

This has been a theme that I have been writing about and discussing onmy appearances in the media. I have been saying that inflation is rearing its ugly head for months now – and those investors were not paying enough attention and that continued low rates did not give investors many options – forcing them further into stocks…. all while I have been encouraging investors to consider rebalancing and overweighting a more defensive posture. And while yesterday’s move was benign – it does suggest more turbulence ahead…. Because the truth is — inflation is running ‘hotter’ than they expected and the idea that it is transitory is laughable.

Yesterday – Morgan Stanley put out a piece that suggested that investors ‘Steer clear of US stocks and bonds’ in 2022 and focus your efforts on Europe and Japan…. You can find that piece here

We are now in the final stretch…. Thanksgiving is only one week away and then it’s onto the Christmas holiday season…. where we usually see that Santa Claus rally into yearend…. well, we have seen a bit of that rally already…. Nasdaq index is up 13% since October while the S&P is up 9.5% during that same time in anticipation of a strong finish….

The holiday shopping season is supposed to one of the best on record and global citizens are preparing to travel the world again…….and while that’s all good – let’s remember that the stock market is a forward indicator….so the action today suggests where investors see the economy 4 – 6 months out….

SO, if we start to see the market weaken now – it would suggest that investors are concerned about the future – think May/June (interest rates???)  ….….and with a range of issues on the table – no one should be surprised about the turbulence that is coming….

Recall – what we discussed yesterday…. The pace of the taper, what that means for interest rates and the brewing issue on the back burner about who is next to lead the FED……will it be Jay, or will it be Lael? Jay is a known factor…. Lael – is a bit of an unknown (as Fed chair) but has been a member of the FED for a while now…. ….she is clearly more ‘progressive’ and tends to be more left than Jay….but does the FED need to be more progressive? is that the role of the FED? We are about to find out…. Joey is due to make that announcement any day now – in fact this morning we are hearing that the announcement is ‘imminent’….

The big money says that Jay will remain in the hot seat, Lael will be elevated to Vice Chair and Joey will nominate left leaning progressives for the recently vacated seats (Rosengren and Kaplan). Now why are we even talking about left and right at the FED? The FED is supposed to be agnostic; it is not supposed to be political……. but apparently the Biden’s and the left are unaware of that detail……as the pressure from Lizzy and Bernie builds…. And this will be the issue that the markets will have to price in.  This morning I understand the odds are 60/40 in favor of Jay….it is sure to be a nail biter….

Now what is interesting is that the administration has been hinting at this potential move…. testing the market’s reaction…. Will a Brainard nomination upset the markets. Will a change of leadership cause investors to send markets into a tailspin? Hold on…. don’t go anywhere….  Now some of the cable business channels are carrying the administrations flag trying to help temper the tone, temper the reaction to a change IF there is a change…and IF there isn’t a change then investors might celebrate by buying stocks en masse   adding to the year-end Santa Claus rally.

During yesterday’s churn – Utilities took the lead….(think defensive move – capisce?)…XLU rising 1.3% bringing its total ytd performance to +7% – a clear underperformer – which makes sense if you were not concerned about the future……..Consumer Staples – XLP next in line at +0.5%….which again makes sense…they are usually boring yet defensive names…think K, PG, CL, etc.….are you seeing a pattern?  Boring and defensive…Utilities and Consumer Staples?

In Europe – the markets began the week on a cautious note and are continuing that theme…..as investors there search for direction.  UK employment and wages along with Eurozone 3rd qtr. employment and GDP reading are all due out in the next couple of hours.  At 6:15 the regions markets are up about 0.25%.

US futures are mixed to lower…. Dow futures are +17, S&P’s down 3, Nasdaq down 22 pts and the Russell is down 6 pts.  HD just reported and the headline says it all.

“Home Depot earnings top estimates fueled by a 9.8% jump in sales as consumers fix up homes…”
The stocks which had been trading a bit lower in early trade – just shot up by 4 pts…and is now trading back at where it closed yesterday at $371/sh.  What does this say about LOW – which is due out tomorrow morning…. expect more of the same….but what will be interesting is what the C suite will say on the conference call today….what is happening to margins?   Is HD able to raise prices to maintain margins going forward?  Do they have pricing power?  Yes, they do….so no worries….

Eco data today is all about retail sales….and the consumer…. Advance Retail Sales are expected to be +1.5%, Ex Auto’s of +1%, Ex autos and gas of +0.7%.   Capacity Utilization of 75.9% with Industrial Production expected to be +0.9%.  Yesterday’s Empire State Manufacturing was expected to show an increase of 22 and we got 30….so much better than expected….and as I noted, it was not a market mover at all. Biden signed the 1st infrastructure bill and is now pushing hard to try and get congress to approve the next $4 trillion bill – all while telling us that yes, inflation is painful, but it is necessary and is healthy for a recovering economy….Oh boy…..LOVE the spin…..Inflation is GOOD!

Now overnight – we saw the crypto’s come under pressure….and while it is not completely clear why – many are crediting the latest news out of China….the state planner – The National Development and Reform Commission – NDRC) has promised to clean up the virtual currency mining in that country….supposedly concerned about the amount of energy it takes to mine bitcoin and the other crypto’s.   Look – mining ‘causes large energy consumption and carbon emission’…. oh – so now China is worried about energy consumption and carbon emissions….that too is laughable….In any event –
Bitcoin is trading at $60k down 5% while Ethereum is trading at $4265 down 7%.

The S&P closed at 4682 – the action will be driven by retail earnings and the Retail Sales data due out today.   Expectations are for those reports to show strength in the consumer…. But in the end – investors will be paying close attention to the supply chain and inflation narrative….and what that means for monetary policy in the new year.

You can follow me on Twitter and TikTok @kennypolcari and on IG @kennyp1961.
You can also find my daily videos on my YouTube channel – Kennypolcarimedia – My URL address here:  https://www.youtube.com/user/kennypolcarimedia

Thanksgiving is coming….. Turkeys are funny – if you don’t pay attention, you will dry it out….so try this on for size.

The Turkey, carrots, celery, onions, butter, s&p, an apple and orange,  sage, rosemary and thyme, chicken broth, and a splash of champagne.
Begin by rinsing and draining the “defrosted turkey” I say this because – some people think it is ok to cook a frozen turkey – wrong!  Be sure to take your turkey out of the freezer on Tuesday and let it sit in the fridge to defrost.  By Wednesday evening – it should be ready.

Make sure to remove the bag with the giblets and neck from the cavity.  Let it dry – or pat it down with paper towels.

Season the turkey – rub the turkey with softened butter and some olive oil….season with s&p, sage, thyme, rosemary…. Make sure you massage and season all parts… – cover and refrigerate in the roasting pan that you will use for Thursday morning….

Now – remove the foil and allow it to crisp up and turn golden brown.  Once done – remove from oven and let it rest for 15 mins.  Keep it covered to maintain the warmth.  When slicing – place the legs around the edge of the platter and put all of the white meat on one end and the dark meat at the other end…. it’s just easier for your guests to take what they want.  Serve with all the vegetable sides I have offered to you over the past couple of weeks.