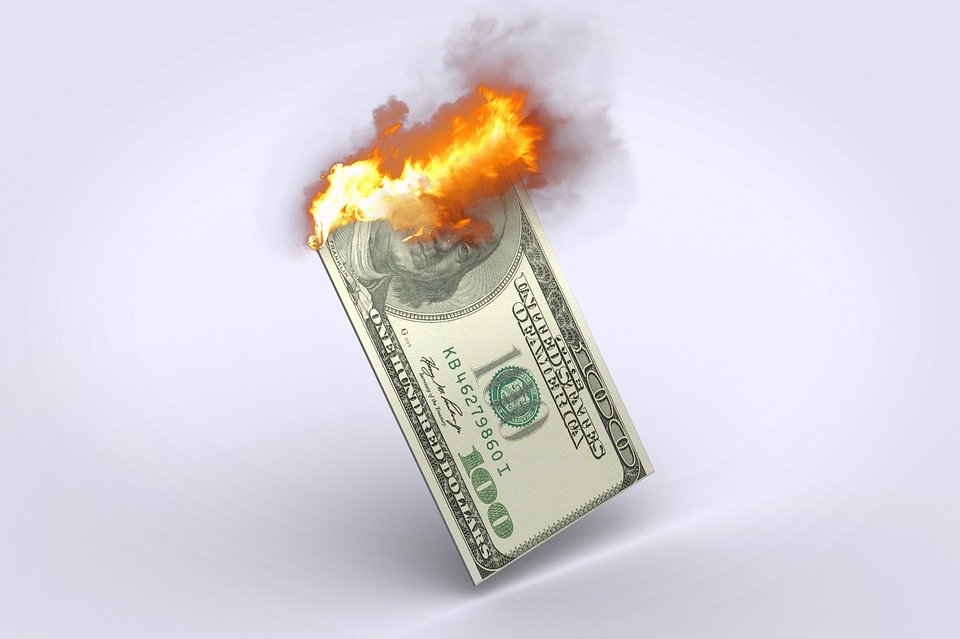 It’s a consumer palooza – retailers basking in the sun….

HD, LOW, WMT, TGT, M, KSS, TJX and the list goes on…..all of these retailers beating all the estimates on both top and bottom lines…some accentuating the supply chain issues, while others do not appear to be that concerned….margins holding up as retailers raise prices….and consumers are NOT deterred –  paying any price and taking everything off of the shelves….it could not be a better time for the retailers and the XRT (Retail ETF) is now up 18% since October 1st and up 63% ytd…..

And do not expect the usual 30% – 50% off SALES that we see every year currently…. – no need, consumers are desperate to spend money and retailers have no interest in cutting prices…….in fact – forget Christmas and the holiday season – retailers are already planning on a strong Valentine’s Day and Easter/Passover holiday…. Watch for the big RED Valentines any day now…. followed by chocolate Easter bunnies….and Easter bonnets….

The S&P and Nasdaq closing at new records – rising 15 pts and 72 pts respectively…. while the Dow gave back 60 pts, the Russell lost 13 pts and the Transports lost 54 pts.  The 10 yr. treasury gaining in price sent yields lower to end the day yielding 1.55%, while the 30 yr. treasury is yielding 1.93%.  The VIX gained 2.8% as investors want to be all in but remain just on the edge – waiting for the FED announcement hoping that it offers clarity about future policy.  Remember – both choices – Powell and Brainard are doves…she is a bit more dovish, and the markets would love that even more than it loves Jay….……and so we wait…

Overnight ‘Madam Lagarde’ – ECB (European Central Bank) President told Europe that she did not think 2022 would be the right time to begin to raise rates…this even as inflation in that region is running at 4.5% – well ahead of her target of 2%…. because she expects inflation to ‘fade’ (think its transitory) Hmmm….?  Sound familiar?

And in the EV space (Electric Vehicle) both RIVN and LCID continue their retreat…after the almost psychotic surge last week….RIVN is now down 33% from Friday’s high while LCID is down 26% ….TSLA which had gotten beaten up a bit for a range of reasons last week falling 20% has recovered as trader types found value in that 20% off sale – taking it back up 15% by last night….and this as Lonnie continues to SELL stock…..so the idea that HIS sales last week sent investors running for the hills – suddenly makes ZERO sense….right?
Eco data showed us that Initial Jobless claims was a bit more than expected, but Continuing Claims was better than expected……. the Philly Fed Survey exploding higher coming in at 39 vs. 24 while Kansas City disappointed just a bit at 24 vs. 28….in the end – none of this data was the driver….it was all about retail and semiconductor earnings….

Oil which has been under pressure lately did find some stability yesterday rising 20 cts to end the day at $79.20…the news that Joey has asked Japan and China to join the US in releasing crude oil from our respective SPR’s (strategic petroleum reserves) being credited for yesterday’s stability.  Remember that demand is not going away…….and the market remains fundamentally tight and ANY release of oil from the SPR will do NOTHING to substantially alter the balance in the long term…. but Joey somehow thinks that if he ‘threatens’ to release oil from the SPR – that OPEC+ will suddenly raise output to address the supply issue…. How’s that working?

This morning – Dow futures are down 200 pts, S&Ps are off 13 pts, the Russell is down 30 pts and the Nasdaq?  Go figure – it’s up 45 pts as the excitement over anything tech continues to excite investors…..Asset managers are not backing off – and maybe that is because some of them were holding large cash positions expecting a bigger pullback this quarter and that did not happen….so now they are forced to put that money to work before the end of the quarter otherwise suffer the wrath of investors wondering why they have a large cash position….

Overnight GOP Congressman (House Minority leader) Kevin McCarthy spent 8 ½ hrs. debating the ‘build back America’ bill…the one that the DEMS told us was fully paid for, would add nothing to the deficit, because they are going to hire 87k (thousand) new IRS agents (double its current size) to come after Americans to pick our pockets and pay for this bill – this after they raise taxes across the board…..….So yesterday the CBO (Congressional Budget Office) told us that the bill would add $367 Billion to the deficit – the DEMS were quick to point out that all of those new IRS agents were expected to ‘find’ $200 bill in unpaid taxes….so apparently $167 bill is a rounding error that means essentially nothing….In any event – there was no vote yesterday so Nancy will try to get a house vote today…which means nothing really because then it goes onto the Senate where it will be DOA.

There is not eco data today….so the focus will be on earnings, semi’s, supply chain issues, inflation, treasury yields, strong holiday shopping season, and speculation about who will be at the helm of the FED in February.

European markets are all lower…. There is a new spread of a new variant of Covid 19 sweeping across the region, Austria has once again gone into a national lockdown, Germany announcing new restrictions for the unvaxxed and Italy, Spain and France announcing increasing daily cases…. On the data front – UK retail sales are up 0.8%, Ex fuel those sales were up by 1.6% as Europe faces spiking energy prices…. At 7 am – Euro markets are off between 0.25% – 1.2%.

Bitcoin is down 1.2% at $56,500 – now down 18% from its most recent high of $70k. while Ethereum is up 2.7% at $4150 but still down 11% from its most recent high.  Know that the Biden ‘Build Back America’ bill includes problematic tax provisions for regulating crypto, picking your pocket, and taking what they think they are owed…. thus, the weakness….as they look to ‘fund’ their $4 trillion bill.

The S&P closed once again above the century mark to end the day at 4705 – closing just off its daily high at 4708.  We remain in the 4630/4730 range.  Expectations for a strong holiday shopping season remain front and center and calls for S&P 4800 by year end is alive and well. Next week is Thanksgiving so expect volumes to retreat as people celebrate family and friends and lower volumes can create more dramatic moves, so just remember that.  A good well-balanced portfolio is all you need to weather the storm.

So, if you grew up in an Italian household you know that Ravioli’s were always on the Thanksgiving Day menu…it was the first course – after all the appetizers that included, tomatoes and mozz, roasted peppers, slices of salami and provolone, olives, etc.…. then we would sit at the table and have the first course.

So, for this you need a Bolognese sauce – so here it is (see below) …. then all you must do is bring a pot of salted water to a rolling boil, add the frozen rav’s – when they all float to the top – they are done.  Serve 4 or 5 rav’s topped with the Bolognese sauce – always having extra grated cheese on the table.

For this you need: Equal parts, ground beef, veal & pork, 3 lg cans of plum tomatoes, fresh basil, whole milk, olive oil, s&p, onions, carrots, celery, and garlic.  (If you prefer – you can use all ground beef).

Begin by sautéing sliced garlic in some olive oil over med hi heat.   Next add in the sliced onions, diced carrots, and diced celery – stir and cover – allow to cook thru and soften up, stirring every 5 mins or so.  Once the veggies have softened – add in the equal parts of meat…and brown nicely.  Season with s&p.

Next run the plum tomatoes thru the blender – quickly – you want some chunk left to them….so do not liquefy.  Add to the meat and simmer.
Next up – you want to crush your plum tomatoes in a food processor – but do not puree them – let them remain a bit chunky….   Now you want enough tomatoes so that you have sauce and not all just meat – capisce?  But this is supposed to be a hearty sauce – so keep that in mind.   Add in some fresh chopped basil, s&p and bring to a boil.  Now turn it down to low and let simmer for 45 mins…Now turn off the heat – let it cool for 10 mins and add in 1 cup of whole milk and stir.     – taste and adjust if necessary.