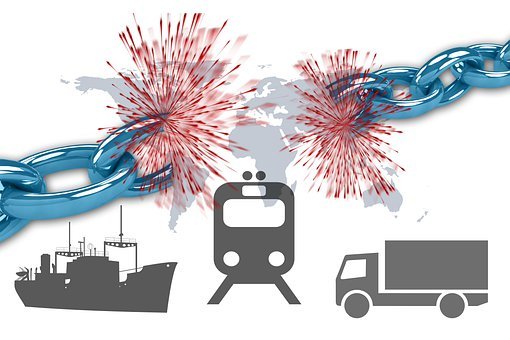 Investors are tiring…..of the inflation conversation…and the challenges it poses to both the US and global economic rebound – assuming that the rapid pace of inflation that is now enveloping the US and Europe will force the FED, the ECB and the BoE to raise rates sooner than the market expects…..Remember – the US assumption is June 2022, then again in September 2022 and possibly a third one in December 2022… – The ECB and BoE don’t even have a schedule yet but that is sure to change in  the month ahead….– Christine Lagarde – President of the ECB has said that she is waiting for the FED to take the lead in deciding when to raise rates – and then she would follow……The worry now is that – the US schedule is incorrect – that the FED may announce a new, faster tapering schedule in January 2022 – which will then translate into a move in interest rates sooner than June – and THAT will catch investors and the markets off guard…..

And that was the narrative yesterday even as we got better than expected earnings data from TGT, LOW and TJX…. the common denominator?  Inflation concerns eating away at margins, supply chain concerns weighing on profits and that ultimately higher prices WILL cause consumers to slow their spending….

At the end of the day – The Dow lost 212 pts or 0.6%, the S&P off 12 pts or 0.25%, Nasdaq gave back 53 pts or 0.33%, the Russell lost 28 pts or 1.12% and the Transports was out in the lead – losing 240 pts or 1.45%.  10 yr. Treasuries ended the day at 1.60%, the VIX rose 4.5%, Oil dropped continues to come under pressure falling to $78.12/barrel as some in Congress push Joey to release oil from the SPR to help bring prices down and as Joey apparently begs Asia to also release oil from their SPR’s to coordinate and assist in helping to bring prices down….….this as I remind you that only 2 yrs. ago – the US was the worlds largest producer of oil and was a NET exporter of the black gold keeping oil prices in the $40 range for the world to enjoy…..But then something happened….not sure what – maybe you have a thought?  Gold has found a new trading range…. $1850/$1870….and is anxiously awaiting the next data point to figure out if the next move is a push higher or a push lower…stay tuned.

News that Joey is now blaming US energy companies for the spike in prices is laughable…. He is the one that shut down pipelines and permits so what did he or his administration expect?  Demand is UP, but he has constrained the ability to supply – it’s Economics 101 – Did Joey skip that class at the University of Delaware, or did they just not teach basic supply and demand concepts?

News that Lonnie continues to SELL stock has done absolutely nothing to stop investors from buying it…. TSLA rallied another 3.3% to end the day at $1090.

Visa got slammed down nearly 5% at $205 after AMZN announced that they will stop accepting Visa’s UK credit cards due to their high fees…. This is not new news, this fight has been going on, but the announcement yesterday brings closure to the ongoing conflict.

Economic data yesterday saw Housing Starts fall by 0.7% vs. the expected increase of 1.5%, while Building Permits blew the roof off the house rising 4% vs. the expected 2.8%…..so starts are slowing due to supply chain issues – think lumber, appliances, wallboard, roofing, tile, flooring, appliances and fixtures, yet the home builders are applying for more permits due to ongoing demand for housing….and so it is a mixed picture….Mortgage apps declined by 2.8% which they credited to a rise in mortgage rates, but I would also dare to say, it is also more seasonal…..but go with whatever makes you comfortable.

Today’s eco data includes Initial jobless claims of 260k, Cont. claims of 2.12 mil, Leading eco indexes of +0.8% and the Kansas City Fed Manufacturing of 28 – which would be down from last month’s 31.

This morning US futures are attempting to take back yesterday’s losses… …. Dow is up 65 pts, S&P up 15 pts, Nasdaq up 90 pts and the Russell is flat.

Macy’s just reports and guess what?  Yup – they too blew the roof of the house…and the stock is trading up 6% in the pre-mkt……I guess yesterday negative story about inflation, supply chain and margins is not applicable to Macy’s….at least not today.

We still don’t have a confirmed nomination for the FED but are told to be patient because it’s coming…in the end, they have done a good job of testing the markets with the back and forth to see how investors will react – in the end – the mkt is suggesting that Brainard or Powell would be fine…the wildcard that popped up is Larry Summers – a long shot for sure, now someone ‘leaked’ that name to the press to also see how the market would react….the administration was quick to poo poo that idea so investors do not appear to be giving that any credence…..BUT……it is out there….a long shot for sure…and we all know how much Larry wants that job……..that fact that his name is once again in the mix is causing him to salivate……but Lizzy and Bernie are not going to allow that to happen so don’t go betting on it.

European markets are also treading water – currently mixed….as investors there consider the latest readings on inflation in the Eurozone and in the UK – both elevated….and the speculation is that the BoE (Bank of England) will now have first mover advantage in Europe and announce a change in policy in December…
Crypto’s remain under a bit of pressure, Bitcoin has broken $60k and is now trading at $59,500 while Ethereum is trading at 44,200.

The S&P closed at 4688 – and remains well within its recent range…of 4630/4730.  Expectations for a strong holiday shopping season remain front and center and calls for S&P 4800 by year end is alive and well. Next week is Thanksgiving so expect volumes to retreat as people celebrate family and friends and lower volumes can create more dramatic moves, so just remember that.  A good well-balanced portfolio is all you need to weather the storm.

Nancy is pushing for a House vote on the $4 trillion human infrastructure package by next week…. let’s see how that goes!  The CBO has yet to release its score card on true costs to the country…which is why I quote it as a $4 trillion bill…. $1.7 trillion is all smoke and mirrors…but it will succeed in such increased spending by the gov’t that 80’s style inflation will suddenly become the new 20’s style inflation….as history repeats itself.

This is easy to make and just requires a freezer…. you will need:

For the Topping: a package of semi-sweet chocolate, 2 tablespoons butter, and 1 tblspn brewed coffee.
So, to start – you need to make the pie crust – Mix the crushed Oreos and melted butter in a large bowl.  Using a tablespoon – press the mixture into a 9-inch pie plate.

Next spread the softened coffee ice cream into the pie so that you have at least 1 1/2 inches of ice cream. Put it in the freezer allowing the ice cream to get hard again – at least 2 hrs.

Now you will need to make the topping after the ice cream is hardened.    In a double boiler – melt the semi-sweet chocolate bits and then add in the melted butter and coffee.   Stir until completely melted and combined. Remove from the heat.  Pour the fudge topping over the pie. Wrap with plastic wrap and freeze again until the topping is solid.   Remove about 10 mins prior to serving.